«This way of traveling does not oblige you to anything. It gives you the freedom to decide on the go and you are not subject to schedules.
Jose Manuel Jurado, a motorhome with more than forty years of experience, thus summarizes why the sales of motorhomes and other leisure vehicles have not stopped growing over the last decade. A freedom that, as he emphasizes, makes this way of traveling “different from any other.”

If in 2013 only 1,293 motorhomes, caravans and campers were sold, in 2019 the figure rose to 9,014. In 2020, with dealerships closed for three months, their registrations were down just 3.6%, when passenger car sales plunged 32%. And this year they have rebounded so strongly that the sector expects a new all-time record: up to June, more than 5,600 leisure vehicles have been sold, a label that encompasses motorhomes, caravans and camper vans.

The former are the absolute queens of the category, with more than 65% of sales. “The motorhome is more mobile, it allows to move better from one place to another, while the caravan is more static, more to plant it on a campsite”, he says
Antonio Fuster. Coming from the nautical world, he debuted his first motorhome, an integral Mobilvetta, at the beginning of summer last year. Since then he has traveled more than 12,000 kilometers with his wife, Isabel, through France, Portugal and Spain. Some trips that it narrates
on his YouTube channel, with more than 2,300 subscribers.

The experience, he says, “has exceeded expectations.” Motorhomes allow you to carry everything you need to live on your back. “You don’t need almost any external services, except to be able to drain and change the water, and in case to recharge electricity,” explains Fuster. Even being parked in one area, along with dozens of other vehicles, “you hardly notice the people around.”

The profile of the motorhome is heterogeneous, although those consulted coincide in pointing out an active lifestyle, a certain taste for adventure and a medium-high income level. The vehicles combine comfort, isolation and independence to allow to lead “a nomadic life”, which for many is addictive.

«In 98 I made my first trip to France. The change with Barcelona was one hundred percent. Since then I have driven six motorhomes, “he says.
Jose Martinez, forum administrator
AC Passion, with more than 70,000 users. He is currently traveling, together with his wife, Mariona, in a Frankia weighing more than five tons, and also highlights “the freedom that allows you to leave earlier or return later on vacation.” Even more so during the pandemic: “People threw around here because it was a way of being free, at home, with the family.”

“Our neighboring countries had us, and continue to give us, years of advantage”, agrees Jurado, who in addition to being an experienced motorhomeist runs a rental and sale company of this type of vehicle, and chairs the sectorial employers’ association
Clean. “The pandemic has helped us, because people are looking for ways to travel safely, in the open air, and they are discovering a new, very attractive way of traveling, with many possibilities.” The boom of these months, he believes, “is going to leave a residue” that will keep the sector growing in the coming years.

To drive them, it is enough to be in possession of the B driving license, unless the vehicle exceeds 3.5 tons. And within Spain, one of the most frequent destinations is Catalonia, as highlighted
Cris Ventosa, responsible for Spain
of the Yescapa private rental platform and owner of a camper, with which she has just traveled more than 2,600 kilometers through Italy and the south of France. Caravaning, he says, has arrived here a little later “but it has come to stay.”

Historically, the great challenge for the sector has been the absence of clear regulations, which would regulate the conditions for stopping and parking. The picture is gradually becoming clearer, thanks largely to the
instruction 08 / V-74 of the General Directorate of Traffic. It establishes that you can park anywhere where a vehicle with the same characteristics could stop “as long as what happens inside does not transcend the outside”, as Jurado explains. Under these regulations, if fluids are not discharged, chairs or tables are taken outside or awnings are extended, there should be no obstacles. “The problem is that each community sets its own rules regarding tourist accommodation, and some community may still establish that parking is camping, which is prohibited throughout Europe. Fortunately this happens less and less, ”he says. “Even so, there is some town that contemplates in its municipal ordinance that motorhomes cannot park,” protests Martínez, who asks to regulate the sector “listening to everyone.”

A first step was taken last November, when Congress gave the green light to a non-law proposal to regulate parking spaces and overnight stays. Although they have also grown in recent years,
from 183 in 2010 to 1,100 in 2020According to Aseicar, their number is insufficient to serve the nearly 200,000 motorhomes that will move around Spain in the coming weeks.

According to his data, in France there are more than 7,000 areas, and in Germany, about 5,000. In our country “there are about 2,000 areas to avoid problems and crowds in the most tourist areas, such as the North and the Levant”, says Jurado. “Some City Council and a neighbor will complain about the crowds, but in some areas there are no places to stop.”

The risk is that there will be a regression like the one facing Portugal. At the beginning of the year, the neighboring country, once a European paradise for motorhomes, approved a reform of the highway code that puts an end to free overnight stays, under the threat of sanctions of 600 euros. “Right now it is being appealed in Brussels and we hope that it can be corrected.
It does not make sense that they do not let you park if you pay your taxes, because it is discrimination», Says the president of Aseicar.

“I am yet to reach an area where I can not find a place to go, but it is true that there are municipalities where there are no regulated spaces”, according to Antonio Fuster, who believes that he does not understand why this type of tourism is given so little attention. “People who have spent 100,000 euros on a motorhome are going to make a significant expense, they are going to buy, visit stores … they are probably going to spend more than those who go to a hotel,” he says. “The creation of areas should be made easier (…) It is about time that we open the vision and see that there is a package to be exploited. Being able to visit a town can all have wealth “, according to Martínez.

However, there is a change in trend. “It is a type of tourism that is not seasonal, but occurs throughout the year. And for the interior Spain it is fantastic ”, according to Jurado. “It is a way for tourism to reach areas that need it. It is very good for emptied Spain. In fact, it is where there are least problems.

It’s not just motorhome sales that have skyrocketed: your rental too. “We are back in record data, with a growth of 50%”, explains Cris Ventosa, head of the Yescapa private rental platform in Spain. An increase, he says, well above expectations. “It is a type of trip that responds a lot to the new needs and expectations of users, and it shows that this year people are interested in escaping and enjoying themselves.” While buying a motorhome is more than 60,000 euros, they can be rented for between 50 and 120 euros a day. The owners can enter about 580 euros per week.

Camavinga could not have started better at Real Madrid Harry and Meghan: criticized for the cover of Time 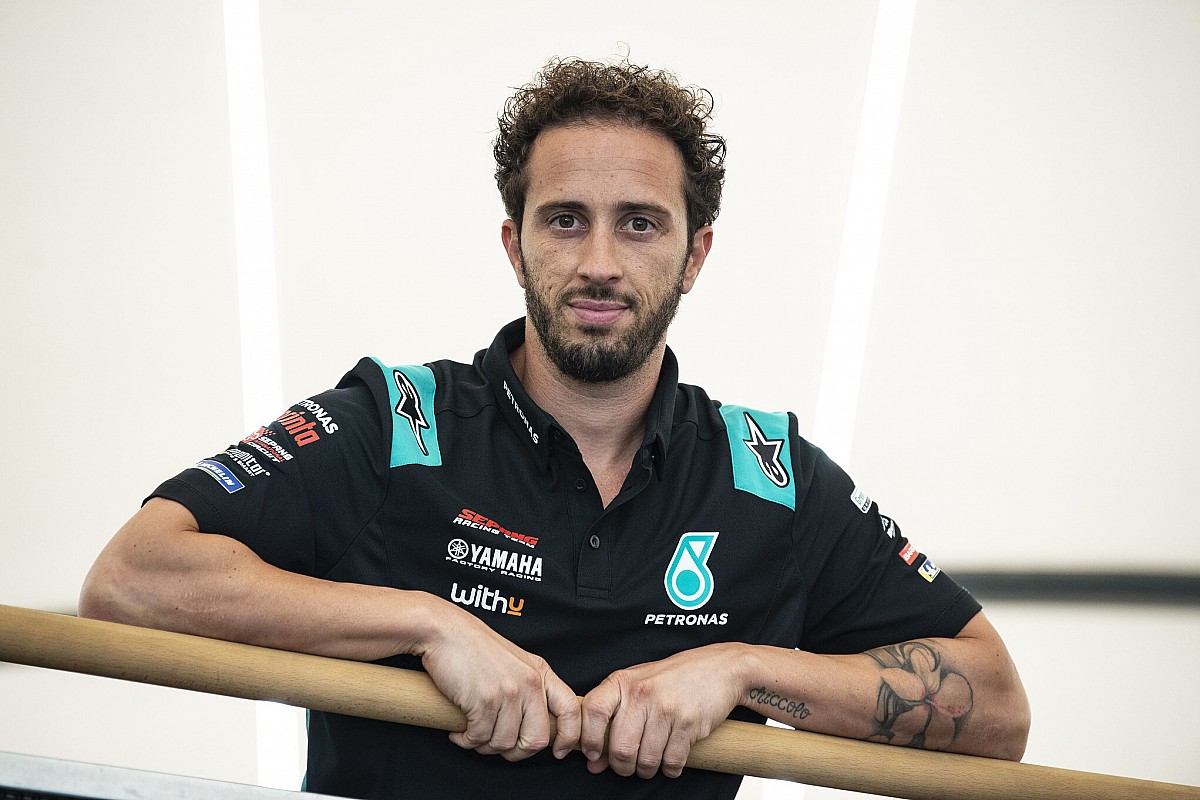 Yamaha: Dovizioso’s appointment for the satellite team is official 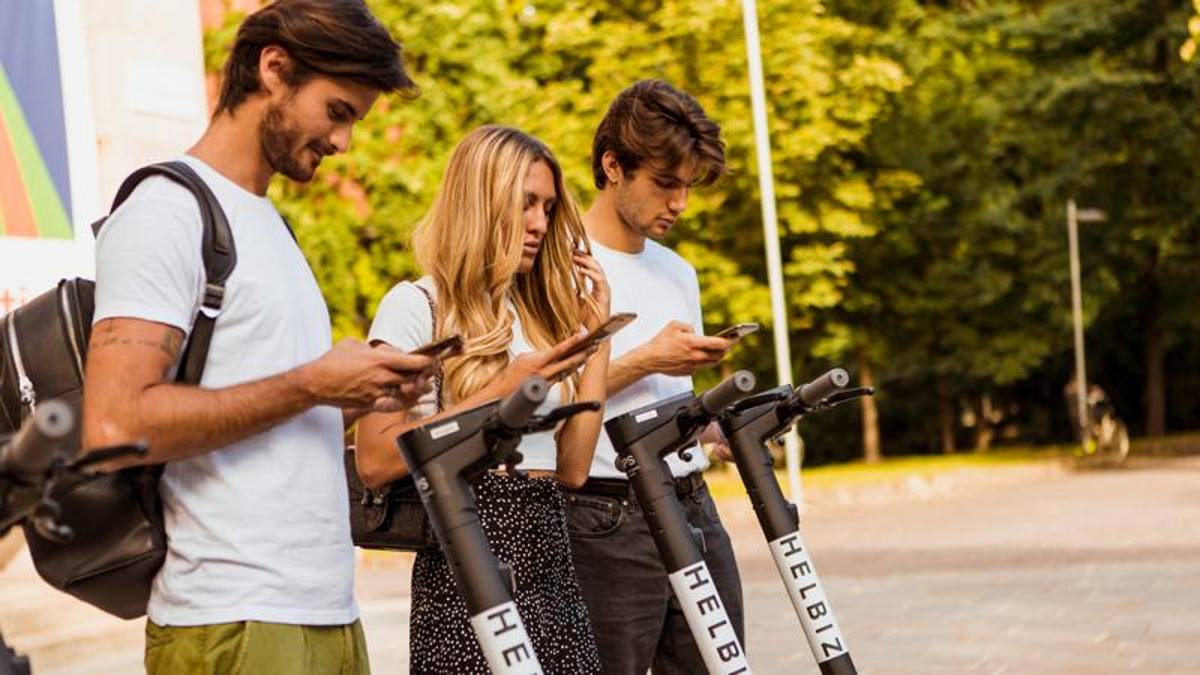