Why is there a hissing sound from the gas tank in the cold? 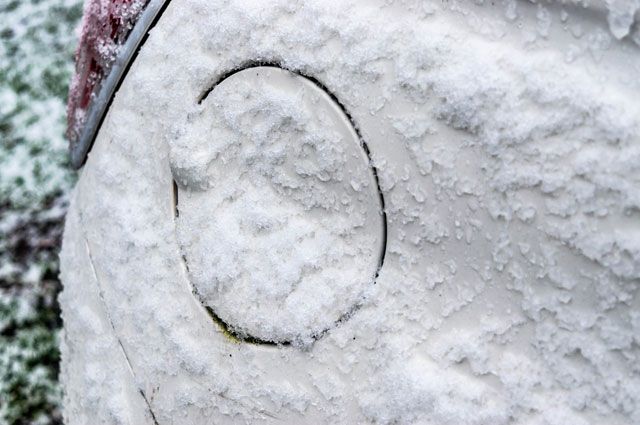 Severe frosts make the car behave in an unusual manner. There are more creaks, sometimes the whistle of unheated belts is heard from under the hood, and when visiting a gas station, drivers are faced with a strange hiss of a gas tank. When you open the lid, the mouth begins to suck in air. It can be seen that a reduced pressure has formed inside, which causes air flow. Does this effect indicate some kind of malfunction, or is this how it should be?

Previously, cars smelled strongly of fuel. At stops and even on the way, a persistent unpleasant smell was felt in the cabin. The reason for this was the ventilation of the tank.

The fact is that the fuel evaporates strongly and pressure builds up inside the tank, which can interfere with the operation of the engine power system.

During operation, the temperature inside the tank changes. In cold winters, temperature drops can reach 20 degrees. Frost is replaced by heating fuel from the cab while driving. The volume of fuel vapors increases and, according to all the laws of physics, pressure increases. To compensate for it, ventilation was applied to the fuel tank. Previously, it simply threw excess vapors into the atmosphere. However, with the introduction of stringent environmental standards, this is already prohibited. Absorbers and filters for vapor purification began to be introduced into cars.

The modern gas tank ventilation system works as follows. The pressure sensor monitors the vapor pressure of gasoline inside the tank and, if necessary, sends signals to a primitive control unit that issues commands to activate the ventilation valve. True, the vapors are no longer emitted into the atmosphere directly, but pass through the purification system.

When the engine is turned off, part of the vapor is captured by the separator and, before being outside, passes through the filter element, namely through a large can, like a military gas mask, which contains coal powder in large granules.

The solenoid valve is used to switch the modes of trapping gasoline vapors.

When the engine is running, the vapors are directed to the fuel injection system, namely the intake manifold.

The system also has a gravity sensor that is used to detect body position. If the car rolls over during an accident, the gravity valve will close the vents to prevent leaks.

However, in cold weather, due to the condensation that has appeared, which freezes in frosts, as well as due to other deposits on old cars, the gas tank valves can stick. The pressure will no longer equalize and the fuel supply system may be in difficulty.

Symptoms of a malfunctioning adsorber valve

Sometimes it is not the valve that can clog, but the can of activated carbon. It can be replaced or disassembled and dried. After a simple procedure, the filter can work again.

In general, a seemingly harmless valve malfunction in a gas tank can turn into trouble for a motorist. A hiss from the throat can warn the owner of the threat. Although in case of single phenomena, you should not rush to the workshop. A frozen valve may free itself. But with a systematic repetition of hissing and with observed problems with the operation of the motor, you should not delay visiting the workshop.

Immigration: more than 1400 dead migrants in the Mediterranean 2020 – WELT