Why is the second wave of the pandemic raging on those under 40 in Brazil? 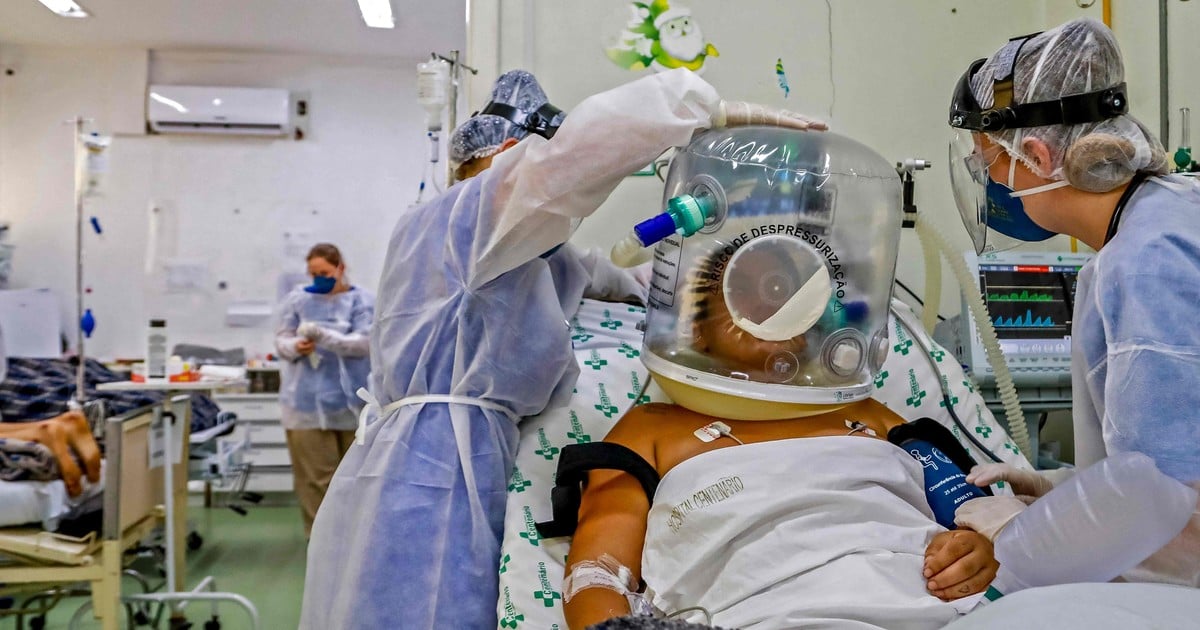 For the first time since the start of the coronavirus pandemic, people under 40 years of age are the majority among patients admitted to intensive care units in Brazil, who live a second wave more virulent and lethal than the first, with an average of 3,000 deaths per day.

Data from the Brazilian Intensive Medicine Association (AMIB) show that young people are already reaching the 52.2% of patients under intensive care in March, a 16.5% jump compared to the period between September and November of last year and a record figure for this age group.

The number of patients requiring mechanical respiration also reached the highest level (58.1%) since the confirmation of the first covid-19 case in Brazil, on February 26, 2020.

According to experts consulted by the EFE agency, the AMIB data suggests not only a change in the profile of the patients who fill intensive care rooms, but also a worsening of the general picture of the patients, which could be driven by the emergence of new, more transmissible variants, the vaccination of the elderly and, above all, the lack of care in the face of restriction measures.

A room for patients with Covid-19 in a hospital in Porto Alegre, in Brazil. Photo: REUTERS

“Young people stopped worrying and exposed themselves en masse, just look at the end of the year parties, the new year, carnival. That young population was disproportionately exposed, much more than any other population and now we see the result,” he told EFE the epidemiologist Ana Maria de Brito.

At the same time, the increased transmissibility of new variants, whose infection potential could be up to 70% higher, has a direct impact on a greater burden of infected and, consequently, a “greater pressure from people in the health service”, among them young people and patients without other pathologies.

“The variants in circulation, particularly the Brazilian one (P1) have increased the number of patients throughout the country in a homogeneous way, something that did not happen in the first wave,” he pointed out.

A cemetery in San Pablo. The burials of people who died from coronavirus grow day by day. Photo: REUTERS

Another point pointed out by Brito for the escalation of infections, hospitalizations and deaths among younger people is the start of vaccination, three months ago, of the oldest and most vulnerable population, which contributes to outbreaks in other age groups.

However, for the doctor and researcher Márcio Sommer Bittencourt, the exponential increase in young people hospitalized and in serious condition, as well as the emergence of new variants itself, is a “consequence” of the decisions taken in Brazil, which has opted for a controversial relaxation of measures containment since the middle of last year.

Although the governors of many states promoted restrictions on circulation and the opening of shops to stop the spread of the virus, President Jair Bolsonaro was always reluctant to the measures.

And even in the states that had taken strong measures, such as São Paulo and Rio de Janeiro, in recent weeks they began to relax controls, despite the alarming increase in daily cases and deaths.

A man receives the coronavirus vaccine at a hospital in Rio de Janeiro. Photo: AFP

The variants, according to the expert, simply act as an “aggravating factor” for the rampant transmission of the virus in Brazil, where they have been recorded more than 368,700 dead and 13.8 million cases.

“There is a question of proportionality. If now there are 100,000 infected instead of 10,000, we will have 10 times more of everything, even 10 times more hospitalizations of healthy people,” he emphasized.

Specialists agree that the clear rejuvenation trend of the pandemic will continue in the coming months.

A report from the Oswaldo Cruz Foundation showed that there was an increase of 1,218.3% in covid-19 cases among people aged 30 to 39 between January and March, which puts even more pressure on the country’s already deficient health systems, as younger patients tend to spend more time hospitalized.

Likewise, the tragedy that the Latin American giant is experiencing reduced the life expectancy of Brazilians by two years, a fact that had not happened since 1945, according to a study carried out by scientists from various universities, including the American Harvard and Princeton and the Brazilian Federal University of Minas Gerais (UFMG).

With 195,000 lives lost to covid-19 in 2020 alone, the pandemic reversed the “longevity achievements achieved over years and even decades” in Brazil, although the authors warn that the demographic consequences “could be even worse” in in case the country does not adopt more effective measures against the pathogen.

“Without a change in the coordination of response to the pandemic, immediate lockdowns to contain the current outbreak and a rapid advance in vaccination, Brazil will soon become a serious threat to national and global health security,” they concluded.

From this Sunday, the subway ticket increases to $ 30 and tolls go up 25%

“Health”: The UAE is on the front lines of facing global epidemics