Why is the Indian Corona strain of widespread ‘concern’? 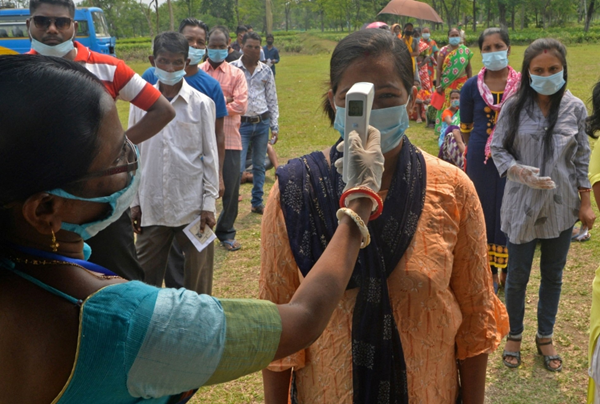 After giving up its caution with the organization of collective religious festivals and political gatherings, and allowing viewers to attend cricket matches and others, India is witnessing an unprecedented wave of infections from the Corona virus, with about two million infections this month alone.

Adding to the fears, however, is the discovery of the emergence of a new strain of the virus in India.

The World Health Organization confirmed the seriousness of the strain, and said that the registered vaccines may have less effect on it, while scientists say that research on the new strain has proven that it contains mutations that make it more capable of spreading and infection.

An official in the World Health Organization’s emergency program, Maria Van Kerkhove, said that “the strain was first discovered in two Indian states by the end of 2020, and cases of this strain of the virus have increased since the end of last year.”

She explained that the virus mutates and changes over time, and this is a matter of concern because these changes give it the ability to spread and infection, “which has a reflection on our countermeasures to confront the pandemic, which include the use of vaccines.”

A development that raises concerns about its negative effects on measures to confront the virus, not only in India, but in many countries of the world, especially with regard to the vaccines used.

Kovacs international vaccine distribution program relies on the plant in India to provide doses to more than ninety developing countries around the world, and any delay or interruption in this plant may negatively affect the ability to distribute.

India has slowed down efforts led by the “Kovacs” program to send vaccines to other countries from the plant on its soil, as the authorities are considering covering their escalating domestic needs first.

This second wave comes at a time when India has used more than a hundred million doses of vaccines since last January, in an attempt to strengthen the prevention program.

Although India is the third country in the world in terms of the rate at which the vaccine is administered to its population, it appears that this is still inadequate compared to its huge population.