Why is Charles Baudelaire considered the first cursed poet? 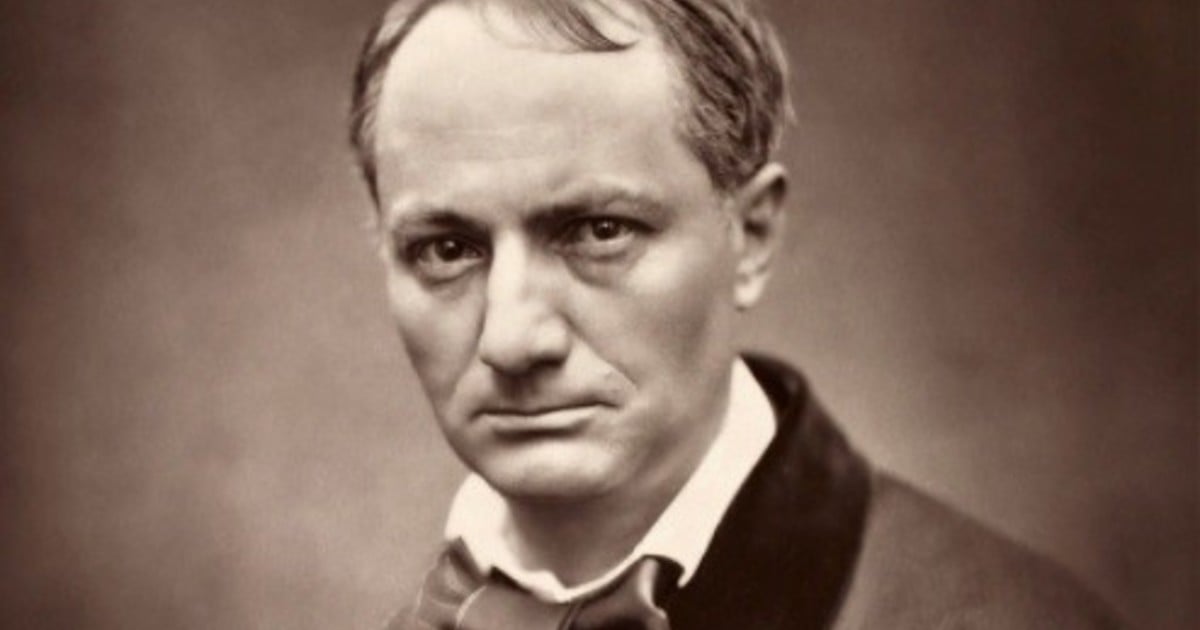 “When, by a decree of supreme powers, the Poet appears in this jaded world, his mother, frightened and full of blasphemies, clenches her fists towards God, who welcomes her with mercy …”.

The darkly romantic Poet who is the object of such fright is the Parisian Charles Baudelaire, emblem of french symbolism, cursed among the damned, who appeared “in this jaded world” 200 years ago, on April 9, 1821.

The quoted fragment corresponds to Blessing, perhaps the most heartbreaking and hopeful at the same time (as his name anticipates) of the poetry of this author, who was also an essayist, art critic and translator.

A bust of Charles Baudelaire, made by Pierre-Felix Masseau, in the Luxembourg Garden, in Paris. Photo EFE / EPA / MOHAMMED BADRA

The poetry was published in The flowers of Evil in 1857, a work that, on the other hand, was censured for “offending morals and good manners”, unleashing a great controversy around the figure of the author.

It was precisely from this poetry of Baudelaire, Blessing, that his countryman, also a writer Paul verlaine he extracted the concept of “cursed” or “cursed” to designate writers who, like him, They led bohemian lives, consumed by excesses, symbols of the decadent (in fact Baudelaire he received the nickname “Dante of a decadent age”) and whose works stood out for the provocation and the taste to show that there can be beauty even in the sinister.

Even Verlaine took out an essay with that name Cursed poets in which he refers to himself, along with five others: Corbière, Rimbaud (who called Baudelaire “King of poets, true God”), Mallarmé, Desbordes-Valmore Y Villiers de L’Isle.

The grave of the poet Charles Baudelaire in the Montparnasse cemetery in Paris. Photo EFE / EPA / MOHAMMED BADRA

Valued by authors such as Marcel Proust, Walter Benjamin and TS Elliot, the pen of Baudelaire, considered forerunner of modern poetry who died in 1867, was incisive, dark and against the tide.

It was surreal a hundred years before the birth of surrealism. Is the same Breton (founder of the movement) who affirmed it. This cursed poet was the one who knew how to separate poetry from morality, proclaiming it entirely destined for Beauty and not for Truth.

It was Paul Verlaine who coined the concept of “cursed” or “cursed” to designate writers who led bohemian lives, consumed by excess.

For this reason, he drew bridges between evil and beauty, fleeting happiness and the inaccessible ideal, violence and pleasure, but also between the poet and his reader and even between artists through the ages.

Beyond his scandalous poems, he knew how to express both horror and melancholy, that feeling called “spleen”, that refers to an anguished and depressing boredom.

“Not having given birth to a nest of snakes, rather than feeding this ridicule. Damn the night of ephemeral pleasures in which my womb conceived my atonement”, says the mother of this poor poet from Blessing and adds that God chose her among all women “to be the disgust of her sad husband.”

It is easy then to guess, there, the little Charles with a sensitive soul who had developed an eternal hatred towards that stepfather, a rigid and authoritarian military man who had stolen his mother’s love, after his father died when he was only 5 years old. .

Mrs. Aupick, then, had become cold and distant with Charles and had committed him to a school from which he was expelled, presumably because of his transgressive behavior. Biographers agree that the feeling of abandonment experienced by the writer for this fact it was decisive both in his life and in his work.

A) Yes, Charles Baudelaire He came to adulthood through the ways of bohemia, drugs, alcohol and excesses. Without a steady job, he roamed the streets of Paris, frequenting brothels and mingling with prostitutes, two of whom were immortalized in The Flowers of Evil.

One is Sarah, a Jewish girl from the Latin Quarter, cross-eyed and bald. The other, Jeanne Duval, a young Haitian mulatto of very sexual beauty nicknamed “the black Venus”, with whom she strutted around the cultural gatherings of her time to “épater la bourgeoisie” (frighten the bourgeoisie).

At the time of publication of The flowers of Evil (1857), Charles Baudelaire He was already a renowned art critic and, faced with the censorship and accusations he received for his work, the author replied: “All the idiots of the bourgeoisie who pronounce the words immorality, morality in art and other nonsense remind me of Louise Villedieu, a five-franc whore who once accompanied me to the Louvre where she had never been and began to blush and cover her face. Pulling my sleeve every moment, I wondered before the immortal statues and paintings how such indecencies could be publicly exhibited “.

Baudelaire was one of those authors who he did not know success in life. Above all, economic success. In 1864 he traveled to Belgium and wanted to earn a living by lecturing as an art critic, without much luck.

In 1865 he suffered from aphasia and hemiplegia due to syphilis. In 1866 he had a seizure that left him speechless although conscious, and he died the following year. His mother accompanied him to the end.

The cenotaph of the poet Charles Baudelaire in the Montparnasse cemetery in Paris. Photo EFE / EPA / MOHAMMED BADRA

“Thus, she swallows again the foam of her hatred and, not understanding the eternal designs, she herself prepares the bonfires devoted to maternal crimes in the depths of Gehenna”, the Frenchman writes in Blessing.

But there is redemption for this poor poet:

Yet under the invisible tutelage of an angel,

The disinherited child gets drunk with the sun,

Find the ragweed and russet nectar.

And he gets drunk singing the way of the cross;

And the spirit that follows him on his pilgrimage

Cry to see him happy as a bird of the woods.

All those he loves watch him with fear,

Or, flaring up with its tranquility,

They are looking for the one who will know how to make a complaint,

And they test him for his ferocity.

In the bread and wine destined for his mouth

They mix the ash with the impure spit;

With hypocrisy they throw away what he touches,

And they accuse themselves of having put their feet in his footsteps.

His wife is crying out in the public squares:

“Since he finds me pretty enough to adore me,

I will play the role of ancient idols,

And like them I want to make myself redden;

And I will get drunk on tuberose, frankincense, myrrh,

Of genuflections, of food and wine,

To know if I can from a heart that admires me

And when I get sick of these unholy charades,

I will lay my fragile and strong hand on him;

They will even know how to open a path.

Like a very young bird that trembles and beats,

I will tear that reddened heart from her womb,

And, to satisfy my favorite beast,

I will throw it to the ground in disdain! “

Towards Heaven, where his gaze reaches a splendid throne,

And the wide flashes of your lucid spirit

They hide from him the appearance of angry peoples:

– “Blessed are you, my God, who gives suffering

As a divine remedy for our impurities

And what the best and the purest essence

Who prepares the strong for the holy voluptuousness!

I know that you will reserve a place for the Poet

In the blessed ranks of the Holy Legions,

And that you will invite him to the eternal party

Of the Thrones, of the Virtues, of the Dominations.

I know that pain is the only nobility

Where the earth and hell will never bite,

And what is necessary to braid my mystical crown

Impose all times and all universes.

But the lost jewels of ancient Palmyra,

The unknown metals, the pearls of the sea,

By your hand set, they would not be enough

For that beautiful diadem, resplendent and diaphanous;

Because it will only be made of pure light,

Taken in the holy home of primeval rays,

And whose mortal eyes, in their entire splendor,

They are but darkened and suffering mirrors! “

Barça opens the Palau in the tie with Elverum