Why does Haiti suffer devastating earthquakes and the same is not the case in the Dominican Republic? 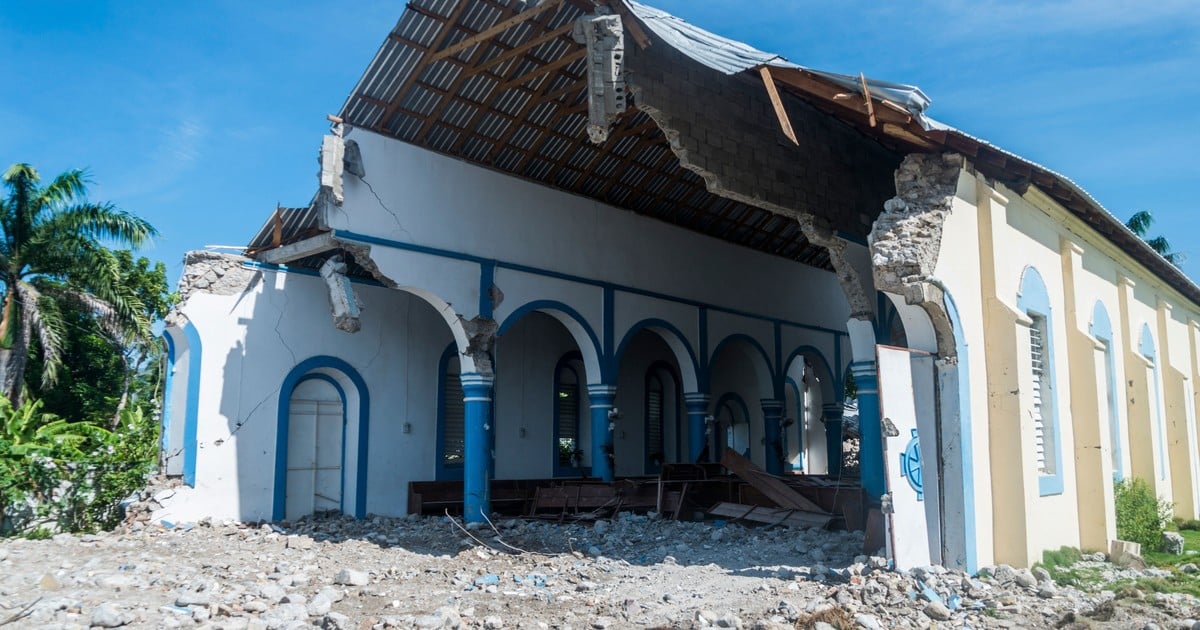 Earthquakes have wreaked havoc in Haiti since at least the 18th century, when the city of Port-au-Prince was vandalized twice in a 19-year period. The earthquake that struck the island on Saturday caused hundreds of deaths and injuries to thousands more. Eleven years earlier, another earthquake left tens of thousands of people dead, if not hundreds of thousands.

Haiti is near the intersection of two tectonic plates that make up the Earth’s crust. Earthquakes can occur when these plates rub against each other and create friction. Haiti is also densely populated. Also, many of its buildings are designed to withstand hurricanes, not earthquakes.

Those structures can withstand strong winds, but they are vulnerable and prone to collapse when the earth moves.

A group of people remove debris on a street in Los Cayos. Photo EFE

-What makes Haiti so prone to earthquakes?

The crust of the Earth is made up of tectonic plates that move. Y Haiti is located near the intersection of two of them, the North American plate and the Caribbean plate.

Multiple fault lines between these plates run through or are near the island of Hispaniola, which Haiti shares with the Dominican Republic. And what is worse, not all those lines behave in the same way.

-What caused the most recent earthquake?

The 7.2 magnitude earthquake likely occurred along the Enriquillo-Plantain Garden fault, that crosses the Tiburon peninsula, in southwestern Haiti, according to the United States Geological Survey (USGS).

It is the same area where the 2010 earthquake occurred. And it is perhaps the source of three other major earthquakes in Haiti, which occurred between 1751 and 1860, of which two destroyed Port-au-Prince.

-Why are earthquakes so devastating in Haiti?

It is a combination of factors including an active seismic zone, a high population density of 11 million inhabitants and buildings that are often designed to withstand hurricanes, not earthquakes.

Typical concrete and cinder block structures can withstand high winds, but are vulnerable to damage or collapse when the ground moves. Bad construction practices also play a role.

– What will the country hold in the future?

Geologists point out that they can’t predict when the next earthquake will occur.

“But we know that earthquakes like this can cause similar tremors on the next portion of the fault, ” said Gavin Hayes, USGS Senior Geological and Seismic Hazard Scientific Advisor. “And it is a significant hazard on sites that do not have the necessary construction practices to withstand shocks. ”

Building more earthquake-resistant structures remains a challenge in Haiti, which is the poorest nation in the western hemisphere.

Before Saturday’s earthquake, Haiti was still recovering from the 2010 earthquake as well as the passage of Hurricane Matthew in 2016. Its president was assassinated last month, plunging the nation into political chaos.