Why does a corona patient suffer from a low level of oxygen?! 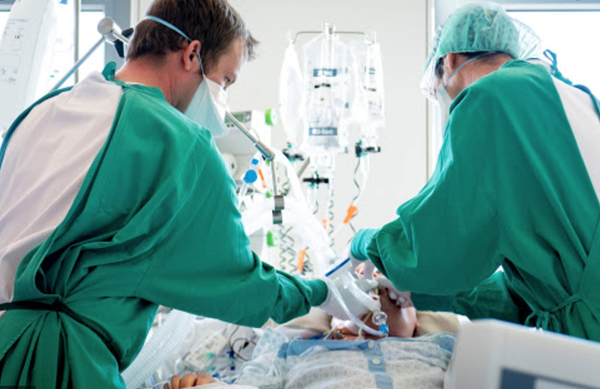 A new study has shed light on why many Covid-19 patients, even those who are not in hospital, suffer from a lack of oxygen that can develop and threaten their lives at certain stages of the infection.

The study, which was published in the journal Stem Cell Reports, and conducted by researchers from the University of Alberta, also shows why the anti-inflammatory drug dexamethasone is an effective treatment for those infected with the virus, according to the newspaper, Medical Xpress.

The study’s lead author, Shukrullah Elahi, associate professor in the College of Medicine and Dentistry, said: “Low blood oxygen levels have been a major problem in COVID-19 patients. The reason for this, we believe, is that one of the possible mechanisms may be that COVID-19 is affecting the immune system. red blood cell production. According to Al Arabiya Net.

In the new study, the author and his team examined the blood of 128 patients with COVID-19. The patients included those who were in critical condition and admitted to the intensive care unit, those who developed moderate symptoms and were hospitalized, and those who had a mild version of the disease and spent only a few hours in the hospital.

Shukrallah explained, “Immature red blood cells are found in the bone marrow and we do not usually see them in the circulatory system. This indicates that the virus affects the source of these cells. As a result, and to compensate for the depletion of healthy immature red blood cells, the body produces more of them. Large in order to provide enough oxygen to the body.

The question was, how does the virus infect immature red blood cells?

After a series of studies, his team was the first in the world to show that immature red blood cells express the ACE2 receptor and the co-receptor, TMPRSS2, which allowed SARS-CoV-2 to infect them.

Working alongside the lab of virologist Lorne Terrell at the University of Alberta’s Li Ka-Shing Institute of Virology, the team investigated the infection using immature red blood cells of COVID-19 patients and confirmed that these cells were infected with SARS-CoV-2. .

“We tried the anti-inflammatory drug dexamethasone, which we knew helped reduce mortality and duration of illness in Covid-19 patients, and we found a significant reduction in the infection of immature red blood cells,” Elahi explained.