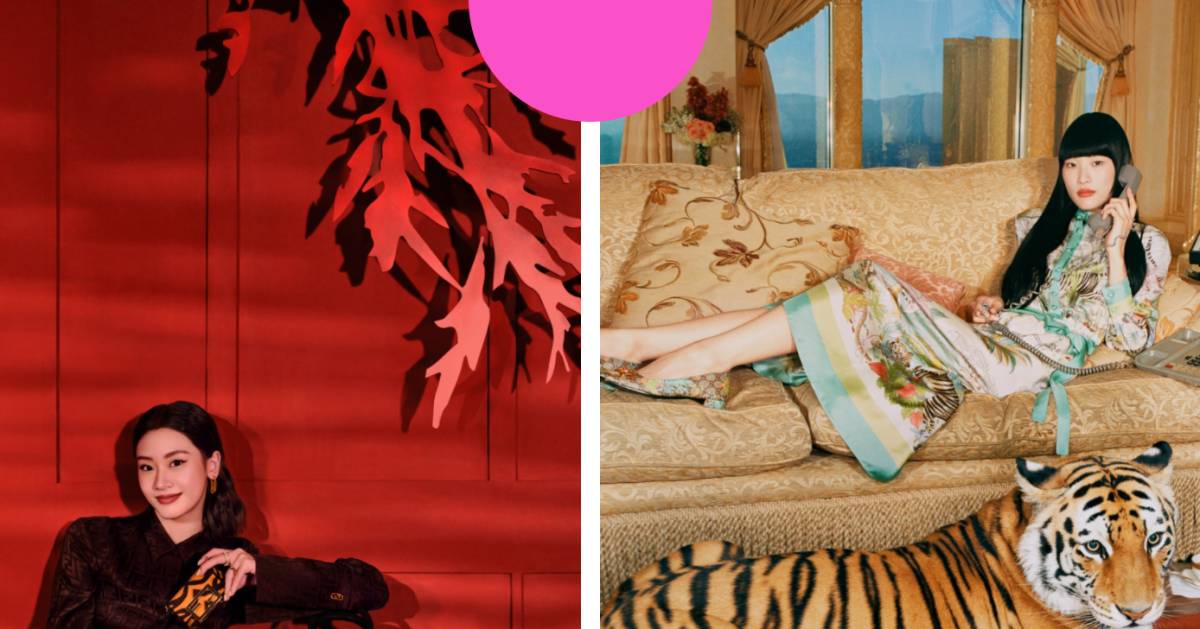 Chinese New YearToday marks the start of the Chinese New Year, a celebration with a different animal each year. This year it’s the tiger, and that won’t let the fashion world go unnoticed. Louis Vuitton, Valentino, Versace, Fendi, Balenciaga, Saint Laurent: they all use the animal as a source of inspiration for their collections. And that’s smart.

There are subtle interpretations, such as at Bottega Veneta, which offers a lot of orange-colored pieces under the category ‘Lunar New Year‘ (the English name for Chinese New Year), but we mainly see interpretations that are anything but subtle. Tiger(-patterns) adorn garments, handbags and other accessories galore. In short, the tiger is everywhere.

That’s not a coincidence. According to forecasts by management consultancy Bain & Company, China is well on track to become the largest luxury market in the world by 2025. “The Asian market is very important for major luxury brands,” says Belgian fashion journalist David Devriendt. “We notice that growth is stagnating in Europe and America, and is only increasing in Asia. There is a lot of capital there, and therefore also a lot of potential for the luxury market.”

See also  Deforestation in the Amazon is theft of public lands, a crime that the president promised to fight - ISTOÉ DINHEIRO

“Japan used to be the largest market in Asia, but China has now surpassed them in purchasing power. For the Japanese consumer, Western luxury brands had to adjust their offer little, but the Chinese market considers the local culture more important. That makes it more difficult for Western companies to tap into that market, and people have often missed the mark in the past.”

Dolce & Gabbana was accused of racism in 2018 over a commercial targeting the Asian market in which models of Asian origin ate pizza and pasta with chopsticks. There was even a lawsuit that is still ongoing, a huge stain on the image of the well-known luxury brand.

As commercially interesting as Christmas

To avoid such headwinds, the luxury houses in 2022 are playing it safe. The companies clearly want to appeal to the Asian market, without offending anyone. The collections are therefore a literal interpretation of the Year of the Tiger, which is celebrated in China from today. “There’s not much you can do wrong with that. And if you know that Chinese New Year achieves the same record sales as Christmas with us, it makes sense that big brands should not miss this opportunity,” says Devriendt.

From a purely commercial point of view, collections based on the striped predator are a smart move. But also transparent. ,,Compare it with the rainbow collections. In the beginning it is nice to get attention as a group or culture, but soon some feel reduced to cash cows”, according to journalist Devriendt.

A growing number of brands are tying their profits to charities. This is how Prada comes out with ‘Action in the Year of the Tiger‘, an initiative to raise awareness about the endangered species – accompanied, of course, by a collection.

Bottega Veneta will fund the renovation of part of the Great Wall of China, but also afforded to install a giant billboard on the monument. They did use the colors that symbolize happiness in Mandarin: green and orange.