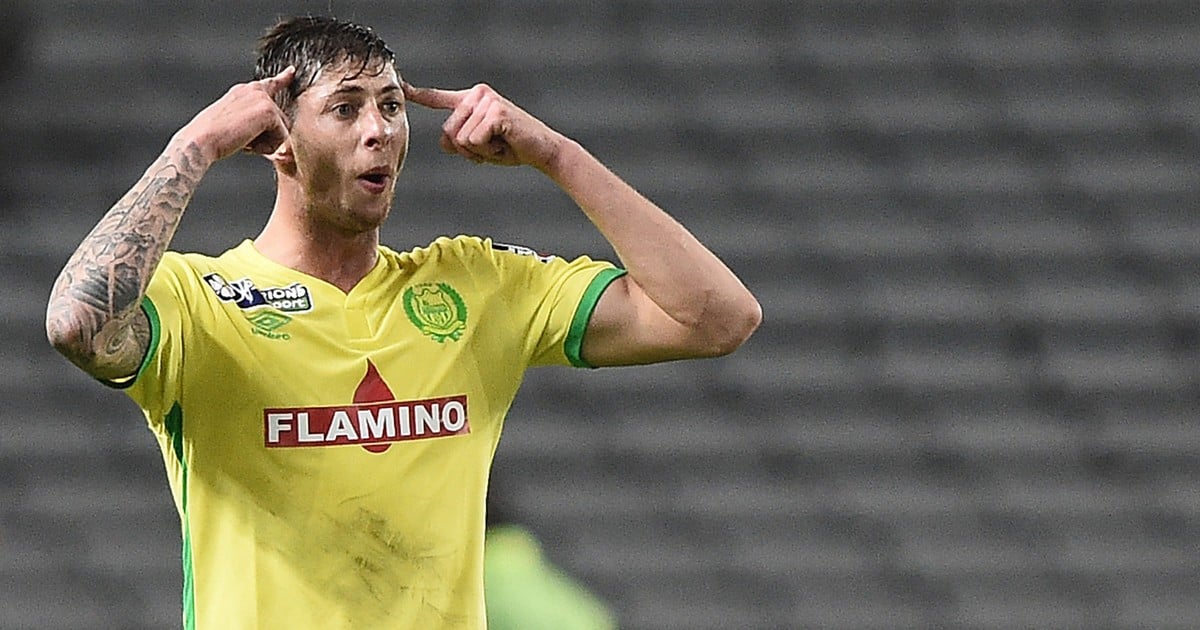 The Argentinian Emiliano Sala He was 28 years old with a still promising future as a soccer player when died in a plane crash that occurred on January 21, 2019, on the flight that took him from France to Great Britain to make the great leap of his career to the Premier League.

Goal scorer and admirer of Gabriel Batistuta, another Santa Fe like him, Sala had shown his best version at French Nantes between 2017 and 2018, in a performance that led to the Cardiff city, at that time still in the Premier League of England, was interested in hiring him.

He was born on October 31, 1990 in Cululú, a small town in Santa Fe, but lived most of his life in Progreso, 15 kilometers away. Emiliano Sala never played as a professional in Argentina, since he emigrated to France in 2010, at the age of 20.

He had been trained in the Crecer Project that the Girondins of Bordeaux carried on in the Cordovan city of San Francisco. In his early years in France, he was sent on loan to different promotion clubs, such as the Orleans and the Niort.

Emiliano Sala, in 2015, when he was loaned to Caen and scored his first goals in Ligue 1. (AFP)

He made his Ligue 1 debut at Bordeaux, which after having transferred it for six months in 2015 to Fall (scored five goals that helped save the team from relegation), transferred it to Nantes, where his scoring reputation was to take its best form.

In 2018 it had been uncovered as the big reveal from France, after having marked 12 goals with the Nantes in the first half of the season, only two less than Kylian Mbappé had scored. His performance allowed him to be traded for a record sum for the Cardiff City FC British: 17 million euros.

The fans of Nantes, who had adopted him as an idol, showed a lot of pain before his departure but they were worse when it was learned of the death, so much so that both the supporters and the club made a large number of tributes in his memory.

The Cardiff City fan tribute when the forward was still missing. (Reuters)

In 2018, his career had received a new boost thanks to his coach, the Bosnian Vahid Halilhodzic, after a period in which he had problems under the orders of the previous driver of the squad, the Portuguese Miguel Cardoso.

Halilhodzic, who had also been a Nantes center forward in his playing days, had refused to discuss the possibility of Sala’s departure after having set the goal of relaunching the career of Nantes. Argentinean soccer player.

But he was transferred to the Cardiff city. His hiring was aimed at saving his new team from relegation in the Premier League. He was on his way to the Welsh capital when the aircraft in which he was traveling lost contact with the radars.

Definition of Emiliano Sala against Walter Benítez, Argentine goalkeeper for Nice, at the start of the 2018-19 season.

Although he had left, he left many years ago, Emiliano Sala I was closely following Argentine soccer. In an interview with the newspaper Olé, the forward revealed that it was “Independent fan” and then pointed out that he dreamed of putting on the Red.

Nor did he abandon his desire to defend the Argentine National Team and play with Lionel Messi. At 1.89 meters tall, he was a player who could not fill much from virtuosity but was imposed by power, both with his feet and in the passing game.

But he never stopped at criticism. “Frankly, I’m someone really honest, and that doesn’t bother me at all. I have my style, it’s my nature, I’m not going to change at this point … I’m Argentinean! What makes me happy is being on a pitch, leaving everything and, if I score a goal, seeing a happy friend or relative in the stands, “he said.

“When I started I paid attention to him a lot. He is one of my examples,” he said. Room about Gabriel Batistuta, the scorer who exploded in the 90s, when Emiliano He began to kick the ball in his childhood from the San Martín club in the Santa Fe town of Progreso.

He had a different training than the average footballer of these times, so much so that he declared himself passionate about reading. “What I like the most is reading, especially police or dramas. It’s something that pulls me a lot, that catches my attention. Really when I read I enter the book and I keep busy. I focus on that. Or when I have a free time, I take the opportunity to go out to have mates in the center of Nantes, “he said in that same interview with Olé.

The remains of her prodigal son rest in the Progreso cemetery. The final, moving farewell was February 16, 2019, almost a month after the disappearance of the flight that took him from France to Great Britain. On April 26 of the same year, his father Horacio died of a heart attack.

In addition to having gathered many people from the town itself at the wake, the defender Nicolas Pallois, a former colleague of his in Nantes. While representing Cardiff city Neil Warnock, the coach who had chosen him, was accompanied by the club’s executive director, Ken Choo.

Family and friends move the coffin of Emiliano Sala, in Progreso, the day of his burial.

Since October 2019, the stadium of the San Martín club is named after Emiliano Sala. Its president, Daniel Ribero, once remembered the sacrifice that he always put on all that tall blond who, since he was a child, was fully aware that his life was going to be marked by professional football.

“Although he had many technical conditions, he did not have too many. He put extreme sacrifice on her. There is a staircase that goes down to the Cululú stream and while their friends were drinking beer and eating a bite, Emiliano He went up and down, up and down because he said he had to be in perfect physical shape to be a professional player, “said Ribero.

That sense of dedication had led him not only to be the only professional soccer player born in Progreso, to project his career towards the most competitive championship in the world. “I read a phrase a few days ago: ‘Men can lie, but numbers cannot'”, he had said in 2018. The statistics forged by his tenacity and optimism had given him a great opportunity. But fate had other plans.