Who was ‘Deep Throat’, a key spy in the Watergate case? 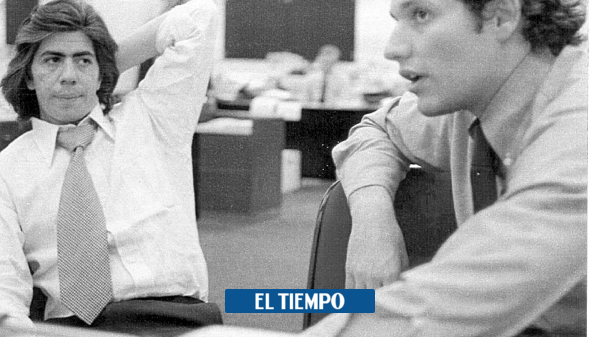 ‘Deep Throat’, the most famous and powerful source in the history of journalism, was kept hidden for decades. The nickname had been given to him by Howard Simons, editor-in-chief of the Washington Postin the hottest days of the Watergate scandal, for which Richard Nixon had to resign from the presidency of the United States on August 8, 1974.

(Enter the special: Watergate: 50 years since the scandal that brought down a president)

The man behind the voice was Mark Felt, a former deputy director of the FBI who retired in 1973 and, together with reporters Bob Woodward and Carl Bernstein, decided to carry out this investigation.

The Watergate scandal was triggered on June 17, 1972, when five men illegally entered the building of the same name in Washington and accessed the offices of the Democratic Party, whose campaign sought to prevent the re-election of Republican Richard Nixon.

Felt met up with Woodward and gave him clues to find out who was responsible. In this case, he provided the name of Attorney General John Mitchell, presidential advisers Bob Haldeman and John Ehlichman, and even Nixon himself.

For their articles, both journalists received the Pulitzer Prize in 1973. They later wrote the book All the President’s Men which spawned a movie starring Robert Redford and Dustin Hoffman.

The investigations carried out by The Watergate Committee of the United States Senate revealed that Nixon had a system of recording tapes in his offices and of which many conversations had been recorded. The US Supreme Court ruled unanimously that the president must turn over the tapes to government investigators, which he eventually agreed to. The recordings directly implicated Nixon in the case.

On May 31, 2005, thirty years later, Felt admitted to being a faceless whistleblower of the Watergate scandal. He died in 2008.

See also  Yulimar Rojas: "You have to live life fully and without taboos"