Who Maximo Kirchner sees as presidential candidates in 2023 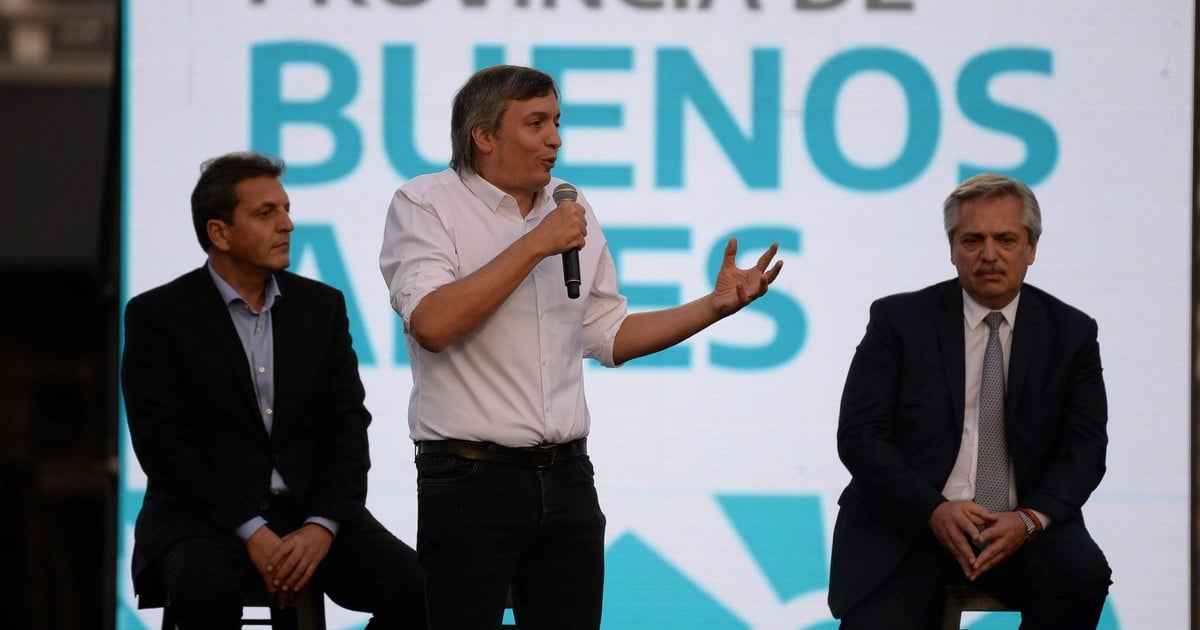 The president of the block of national deputies of the Frente de Todos, Máximo Kirchner, mentioned possible presidential candidates from the ruling party and the opposition ahead of the next presidential elections in 2023, and affirmed that “they must be attentive” to the negotiations with the International Monetary Fund (IMF).

The new head of the PJ Bonaerense gave an interview on Friday of almost an hour and when mentioning the economic conditions due to the debt with the IMF of those who aspire to the presidency, he named several possible candidates.

The first was President Alberto Fernández; but within the ruling party, he also pointed to the Buenos Aires governor, Axel Kicillof; and the president of the Chamber of Deputies, Sergio Massa. While the opposition sees as possible candidates former President Mauricio Macri; the head of the Buenos Aires Government, Horacio Rodríguez Larreta; to the former provincial president María Eugenia Vidal, and with a smiling expression even to the former Minister of Security Patricia Bullrich.

“Anyone who aspires to govern the country, call himself Alberto Fernández, Axel Kicillof, Sergio Massa, María Eugenia Vidal, Horacio Rodríguez Larreta, Mauricio Macri, Patricia Bullrich … what do I know, everyone has their stories and thinks they can, but I’m not going to make a value judgment, but the truth is that if those who elect Argentines as president want something more than to organize football matches in Olivos or ride a helicopter, they should be very attentive to have a serious agreement with the International Monetary Fund “, said the head of the Frente de Todos bloc in the Chamber of Deputies in dialogue with The Uncover Radio.

Máximo Kirchner mentioned Axel Kicillof as a possible candidate for the country’s Presidency.

At the same time, he remarked that otherwise it will “no longer be electing a President, because Argentina’s economic independence will be totally undermined. They will be mere, if you want in quotation marks, administrators of decisions that are made outside our country, outside the Casa Rosada and outside of the reasons why we summon Argentines every four years to choose who they want to move the destiny of the country, “added Máximo Kirchner.

In this sense, the referent of the ruling party explained that “it is a very practical, pragmatic question. If Argentina does not give itself, its political system, a bath of reality, and if instead of wanting to fix the problems quickly he wants to kick the ball forward, Monday always comes, “he said.

Sergio Massa was another of those mentioned by Máximo Kirchner as a possible presidential candidate for the ruling party. Photo: Guillermo Rodríguez Adami

Faced with this analysis, the leader of La Cámpora concluded: “Then I believe that we Argentines owe ourselves and in particular those of us who offer ourselves to lead the country’s destinations from different places, a seriousness that deserves the situation.”

The controversy over face-to-face classes

Máximo Kirchner too He questioned the opposition about the conflict with the face-to-face classes: “Let’s not think about 300 more likes than one Twitter but about the 200 beds we need. I thought they had learned after being in the Government, that they were going to have a bath of humility. Pride does not correspond to the work capacity that they say today have. One expects a higher degree of maturity. “

“There was no football, no gardens. How important it would have been if even 20% of those gardens had been built in this context of a pandemic. They didn’t do it, not even with the money from the IMF, “Kirchner said.

“We are going to get ahead, we are going to continue vaccinating. This is going to give way and our boys and girls are not only going to return to face-to-face classes, but we are going to do everything possible to that when they do, they are well fed, something that did not matter to the macrismo “, assured the national deputy.

With information from the Télam Agency