Who killed the president of Haiti ?: a month of judicial unknowns after the assassination 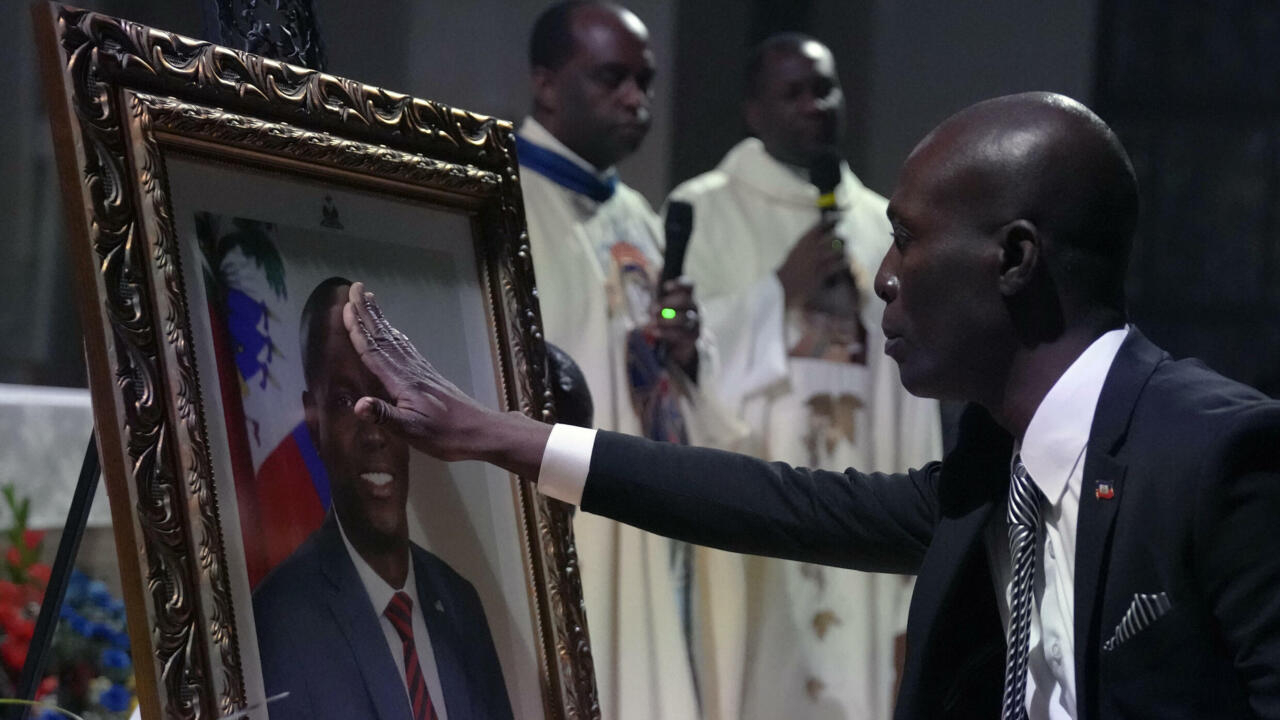 On Wednesday, July 7, the president of Haiti, Jovenel Moïse, 53, was shot dead when a group of armed individuals broke into his private residence during the early hours of the morning. A month after the attack – which plunged the country into a new political and social crisis – there are still many questions, few answers and a judicial investigation that is not moving forward.

Exactly a month has passed since the president of Haiti was assassinated at his private residence in the Haitian capital Port-au-Prince, but the country’s inhabitants and the international community still do not know who ordered the assassination.

So far, the Haitian police have detained dozens of people, including 26 Colombians, several presidential security agents, and a Florida-based Haitian businessman.

Despite these arrests, the population has great doubts about the investigation and various sectors of public life in Haiti have criticized the slowness of police and judicial procedures, as well as the authorities’ refusal to disseminate information on the progress of the investigations.

Although investigations are still ongoing, Haitian police officers indicated that various elements suggest that Christian Emmanuel Sanon, a 63-year-old doctor based in Florida, conspired and hired Colombian mercenaries with the aim of killing Moïse and seizing power. The doctor was arrested in Florida on July 11.

However, his lawyer, Stanley Gaston, said in statements to the EFE agency that “the judicial process is made up of violations of people’s rights”, as arrests are made “without there having been any flagrant crime.”

Meanwhile, the authorities of the Caribbean country, with the collaboration of the US authorities, are continuing their investigations as new details emerge.

Investigators claimed that the Colombian mercenaries had been hired by CTU Security, a Miami-based security company. In addition, this was confirmed by the director of the company, Antonio Intriago, in a statement issued through his lawyers in Miami.

However, last Wednesday, Intriago denied being involved in Moïse’s murder. The owner of the small security company stated that he had been misled and that the president’s security guards were to blame.

In a statement, his legal representatives said that his client planned to be helping with a redevelopment project in the coastal city of Jacmel, in southern Haiti.

They added that before Moïse’s assassination took place, Intriago was informed that the security mission had “changed direction” and would accompany a judge and Haitian police to deliver an arrest warrant to the president.

The lawyers assured that the security contractors did not kill Moïse and that their role was to monitor the officers while they executed the arrest warrant.

“When they entered the presidential residence, they found the deceased president, his injured wife and the house ransacked. We believe that the president’s own bodyguards betrayed him, “said the lawyers.

In fact, none of the president’s security members were injured in the attack.

To date, at least a dozen police officers have been arrested while several senior security officials remain in detention.

The Caribbean island police issued arrest warrants for Thélot and other officials, including a former judicial employee and a former senator.

Haiti asks the United Nations and CARICOM for help

On Thursday, the Haitian government requested assistance from the United Nations in conducting an “international investigation” into the murder.

“The Ministry of Foreign Affairs of Haiti requests the assistance of the UN to carry out an international investigation into the assassination of President Jovenel Moïse”, has indicated the Embassy of Haiti in the Dominican Republic through your official account on the social network Facebook.

The government also requested the support of the Caribbean Community (CARICOM) and has reiterated that the murder of Moïse and the wounds suffered by the first lady in the assault “represent an international crime due to the suspicions of the participation of foreign citizens in the planning. , financing and execution of the attack ”.

This Wednesday, the case was finally presented to the Justice. The Port-au-Prince court of first instance must appoint one or more judges who will have the responsibility of investigating the case of Moïse’s murder.

However, Judge Bernard Saint-Vil, dean of the Court of First Instance in Port-au-Prince, said that some judges he recently contacted about the case of the president’s assassination had confessed to him their concern for his safety.

Saint-Vil added that additional security measures are needed as some judicial officials fear for his life amid death threats.

On the other hand, this requested security reinforcement comes amid concern about the state of the crime suspects, who have been transferred to a prison where the conditions have been branded as torture conditions by the United Nations; and where thousands of prisoners are held for years without a court hearing or trial.

Similar concerns have arisen from human rights activists and the Government of Colombia, which is said to be concerned for the health of the former Colombian soldiers arrested and accused of having been the alleged mercenaries who perpetrated the crime. Colombia has denounced that the prisoners have limited access to water and that some are in lamentable physical condition.

Colombian President Iván Duque said that many of these former Colombian soldiers went to Haiti to work as bodyguards, but that others did know that a crime was being planned.

Henry, a 71-year-old neurosurgeon, was appointed by Moïse to be the new prime minister a few days before his assassination, but without having been formally sworn in.

Days after taking office as prime minister, Henry declared that his government planned to create the conditions for the Caribbean nation to hold general elections as quickly as possible.