Who is Yoon Suk-yeol, a kind of Moro from South Korea, who has just become president 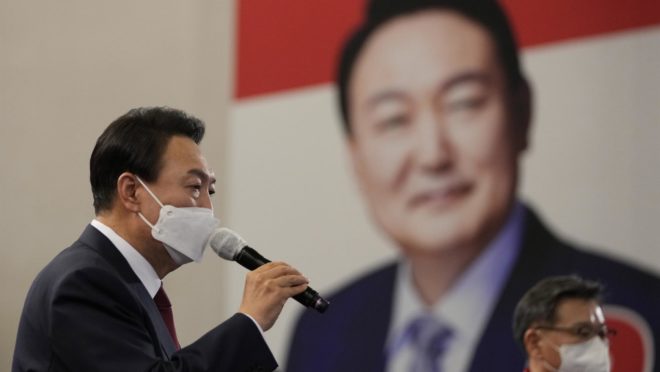 Conservative candidate gained notoriety with anti-corruption work in the Judiciary and claimed disillusionment with politics when deciding to run for president| Photo: EFE/EPA/Lee Jin-man

Former prosecutor Yoon Suk-yeol, 61, who has just won a tight electoral race against ruling candidate Lee Jae-myung and will be the new president of South Korea, has a trajectory with some similarities to Sergio Moro.

Like the former Brazilian judge, Yoon gained notoriety with his anti-corruption work in the Judiciary and claimed disillusionment with politics when he decided to run for president.

First former prosecutor to become president of South Korea, he served in that career for 25 years and led to the arrest of former conservative presidents Lee Myung-bak and Park Geun-hye, the heir of Samsung (the country’s largest company) Lee. Jae-yong and former Chief Justice Yang Sung-tae.

Appointed attorney general in 2019 by the current president, the liberal Moon Jae-in, Yoon clashed with the Executive when suing the then Minister of Justice, Cho Kuk, and resigned from his position at the beginning of last year.

Also in 2021, he made official his candidacy for the presidency by the conservative Popular Power Party (PPP). “Until recently, I never imagined going into politics,” Yoon said during the campaign. “But people put me in the position I am in now, on a mission to oust the incompetent and corrupt Democratic Party from power.”

Yoon, who will begin his single five-year term on May 10 (the South Korean constitution does not provide for re-election), last week forged an alliance with centrist Ahn Cheol-soo to unify the candidacies – thus, he will have to include- lo and his collaborators in the future government.

One of the banners of his campaign was a stricter policy against North Korea, which last week carried out its ninth missile test this year alone.

Unlike Moon, who preached dialogue with Pyongyang during his tenure, Yoon wants more international sanctions against the North Korean dictatorship and plans to develop technology for preemptive strikes in the event of an imminent nuclear threat from the neighboring country.

Because of engine damage: Donald Trump's private plane has to make an emergency landing