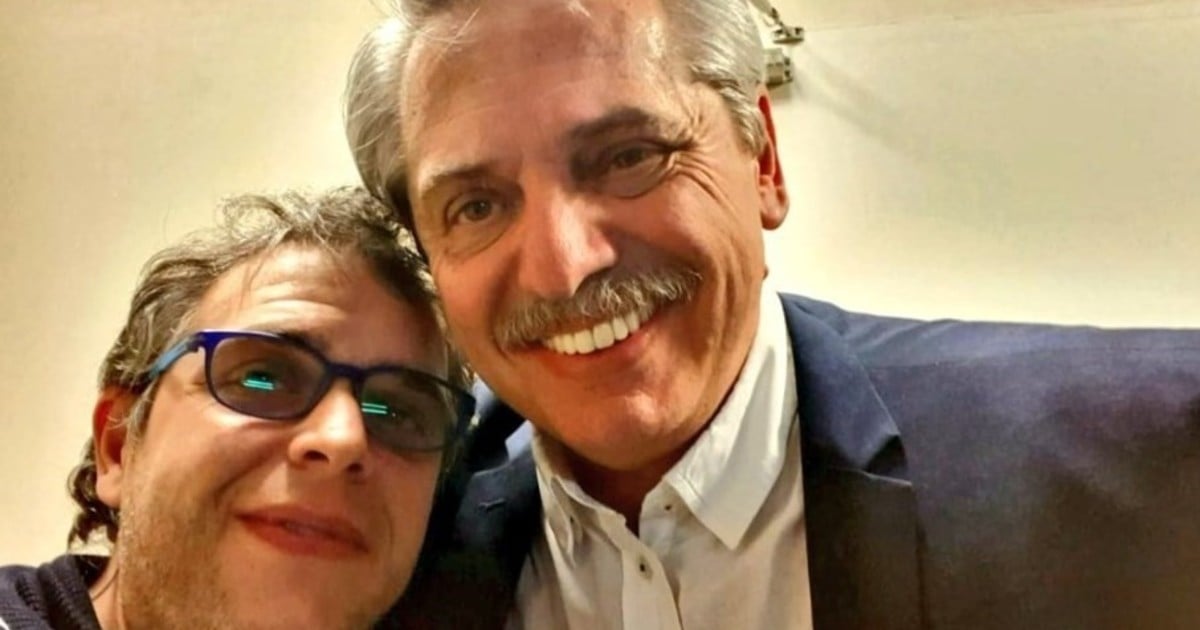 A media lawyer he interrupted shouting a play starring Luis Brandoni and caused a scandal. Is about Christian González D’Alessandro, a militant against the pension reform in 2017, who accused Patricia Bullrich of having breached the prevention protocols against the coronavirus in the Multiteatro.

D’Alessandro, lawyer and journalist specialized in the rights of the elderly, was present at a function of “Accompaniment”, last Saturday, days after the reopening of the theaters in the City of Buenos Aires.

In her own words, she sat in row 2. Minutes later, Patricia Bullrich took the next row. So the lawyer he interrupted the show shouting: accused the president of the PRO of locating in a forbidden armchair by the protocols.

“I turn around to see how they were distributed in general and all respecting the distances except this couple“The journalist also specialized in retirement issues wrote on his Twitter account. According to his account, he spoke with an usher but there were no changes in the situation. So, interrupted the show.

“You were behind me with your partner blowing the back of my neck without respecting the measures and I had to ask to suspend the function because they did not comply with the distancing and the protocol. And I clarify, I didn’t know at all that it was you. I would have done it with anyone, “added D’Alessandro, in response to a tweet from Bullrich, with clear crack tone.

On the contrary, Luis Brandoni -referential of radicalism- assured that “the theater complies with the protocols “, in dialogue with Radio Rivadavia.

Lawyer crossed it in networks. I had already said that did not ideologically coincide with the actor, but he enjoys it artistically. D’Alessandro’s reaction on the networks was questioned as exaggerated and tinged with internal politics.

“I told him that if he felt uncomfortable, he could leave and the payment would be returned. Did not want to. After the play was finished, he continued with the comments, “added Brandoni.

For his part, producer Carlos Rottemberg said: “If there is something we take care of, it is the protocols. We have to know where each person is sitting.” According to his words, Bullrich had seats 9 and 10 in row 3.

In addition, the producer – who does not ideologically agree with Bullrich – denounced contradictions in D’Alessandro’s speech. And he explained that changes in locations must be reported for “traceability” reasons.

Who is González D’Alessandro

After the extensive thread that D’Alessandro published, a strong stir was generated on social networks. There users remembered some media appearances of the lawyer, close to Peronist mayors.

They also noted offending messages that he posted against Bullrich in the past.

In fact, in addition to being a lawyer, D’Alessandro is a journalist. He graduated from the University of Palermo, as he himself shared on his social networks.

He has his own program on AM 770, Radio Cooperativa, a Kirchner-registered radio station that, at least until the end of 2019, had as director Martín Cigna, today a civil servant: directs the area of ​​Promotion and Cooperative and Mutual Projects of INAES.

Perhaps your face is familiar to viewers. Is that it was a regular columnist in Chronicle TV. He also took his pension office to A24 and C5N.

Other Twitter users rescued an old video of D’Alessandro, from 2017. In an act against the pension reform promoted by Mauricio Macri, the lawyer shared the stage with the union truck driver Pablo Moyano. He made a short but effusive speech against the official project.

Very active in networks, he also spread photos with Alberto Fernández and with a billboard of Néstor Kirchner. “Except Perón … like you there won’t be two! “, he said, with his fingers in V.

It can also be seen alongside mayors close to Kirchnerism.

It was recently shown in a Lucas Ghi tour of Morón vaccinations. And in 2018 he had starred in a talk about the pension scheme with Juan Zabaleta, mayors of Hurlingham since 2015.

Christian D’Alessandro, the lawyer who interrupted a Brandoni performance, in a chat with Juan Zabaleta in Hurlingham.

Also in recent weeks took sides in another scandal. It is about the dismissal of Tomás Méndez, the journalist who organized an escrache to Bullrich at the start of their Sunday show on C5N.

As soon as that shipment was completed, the signal from Cristóbal López ordered the dismissal of Méndez, who already had a history of anti-Semitism.

“I clarify: I did not see the program, yes its repercussions and fragments through the networks. It is a gossip that due to a mistake they load a talented journalist such as @Adntv, “D’Alessandro wrote then.

And he added: “The Bullrich has come out to tell atrocities and lies everywhere. If you like peaches hold the fluff“.

However, the most striking thing was his forceful and offensive messages against Bullrich. It was not just one, but repeated tweets in which he disqualified the former Minister of National Security.

One of the strongest occurred when the candidate of Together for Change complained about the frustrated negotiations between the national government and Pfizer and even made a strong comment about the Falkland Islands.

“Didn’t they buy fucking crazy vaccines? The truth is that when they try to drunk, they fall short “, attacked D’Alessandro.

And he concluded: “Unhinged for lobotomy! And I clarify, I do not care about the outburst because you no longer deserve the respect of anyone, scoundrel. Anything I say to you I fall short. “

A taste of what his enmity with Bullrich goes long. And it wasn’t just a Saturday night episode. Not pure theater.