Who is “Koki”, the criminal who is terrorizing Caracas 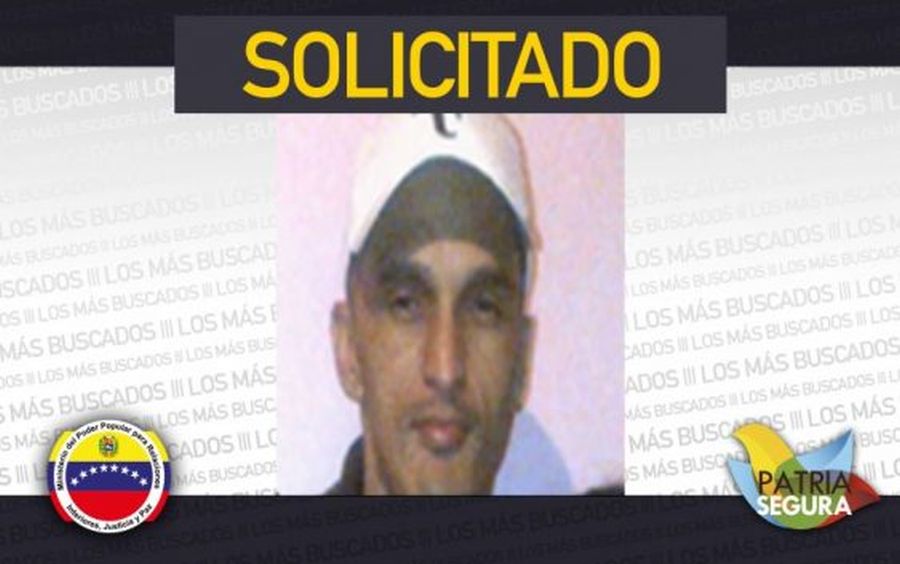 0
SHARES
108
VIEWS
Share on FacebookShare on Twitter
Carlos Luis Revete, known as Koki, wanted by Venezuelan police| Photo: Reproduction/Website of the Ministry of Justice of Venezuela

After the second night of confrontation between gangs and police in Caracas, the Venezuelan capital, the Special Action Forces (FAES) of the Nicolás Maduro dictatorship entered this Friday morning in a group of hills called Cota 905, a neighborhood known as be a stronghold of criminals. According to reports by journalists following the operation, around 800 Faes members are searching “house by house” in search of the leaders of a gang that has controlled the area for years. One of them is Carlos Luis Revete, known as “Koki”.

This Thursday, the Chavez regime announced reward half a million dollars for information leading to his arrest. The same figure is being offered for information resulting in the capture of two other criminals who, along with Koki, command a criminal organization on Cota 905: Garbis Ochoa Ruíz (El Garbis) and Carlos Calderon Martinez (El Vampi). The three are charged with murder, among other crimes.

According to the Venezuelan press, the gang attacked the headquarters of the Bolivarian National Guard this Thursday afternoon and also blocked important avenues in the capital. The intense exchange of fire between criminals and police has been terrorizing residents of Caracas since Wednesday. Several people died in the clash.

Koki has been wanted since 2013 for several crimes in addition to murder, such as drug trafficking and theft. According to a report from the crime insight, the gang he leads controls all criminal activities and practically the entire sector of Cota 905, mainly the sale of drugs and theft of vehicles, although it is also linked to kidnapping cases.

He is also known to be merciless to rivals – in 2019, seven members of a rival gang were murdered. But Koki also has important allies, such as El Vampi and El Garbis, which gives these criminals more power in controlling the territory of Cota 905, one of the most violent in Caracas. Together, the Koki and El Vampi gangs are estimated to have 180 men.

Koki was born in 1978 and raised in the popular neighborhoods of Caracas. The first time he came to the attention of the security forces was in 2013, when he was accused of killing Greiber Danilo Alonso Lucas, who had posted a photo on social media alongside one of his gang’s enemies.

Koki rose to prominence in the criminal underworld in 2015, when the then gang leader, known as “El Chavo”, died in a clash with police forces. He took his place, becoming one of the heads of the “megaband” of Caracas.

Suspicion of relationship with the regime

At that time, Cota 905 was the target of an operation by Nicolás Maduro’s security forces, which resulted in the death of 15 people. On this occasion, according to a survey by Insight Crime, Koki took refuge in a prison hours before the police raid, which raised suspicions that he would have been protected by the security authorities.

Koki’s relationship with the Chavez regime came under scrutiny again in 2017, when Delcy Rodriguez and Jorge Arreaza, two high-ranking members of the Maduro government, went to Cota 905 to “negotiate peace” with the local community. O El Nacional newspaper, citing confidential sources, reported that the two politicians met with gang leaders on that occasion and as a result of an “agreement” between them, the “Peace Zones” program was reactivated, which effectively prevented the presence of police officers. on the neighborhood.

“Although the ‘pax mafiosa’ between gangs and security forces may have reduced violence, it has also allowed gangs like Revete’s [Koki] to accumulate heavy weapons and consolidate their criminal economies,” says the Insight Crime report, which also says that by 2016 the gang was estimated to have between 70 and 120 members.

More recently, earlier this year, Koki’s gang took over some sectors of La Vega, on the outskirts of Cota 905, which were not yet dominated by any criminal organization.