Who is Keiko Fujimori, the right-wing leader seeking to be the first president of Peru 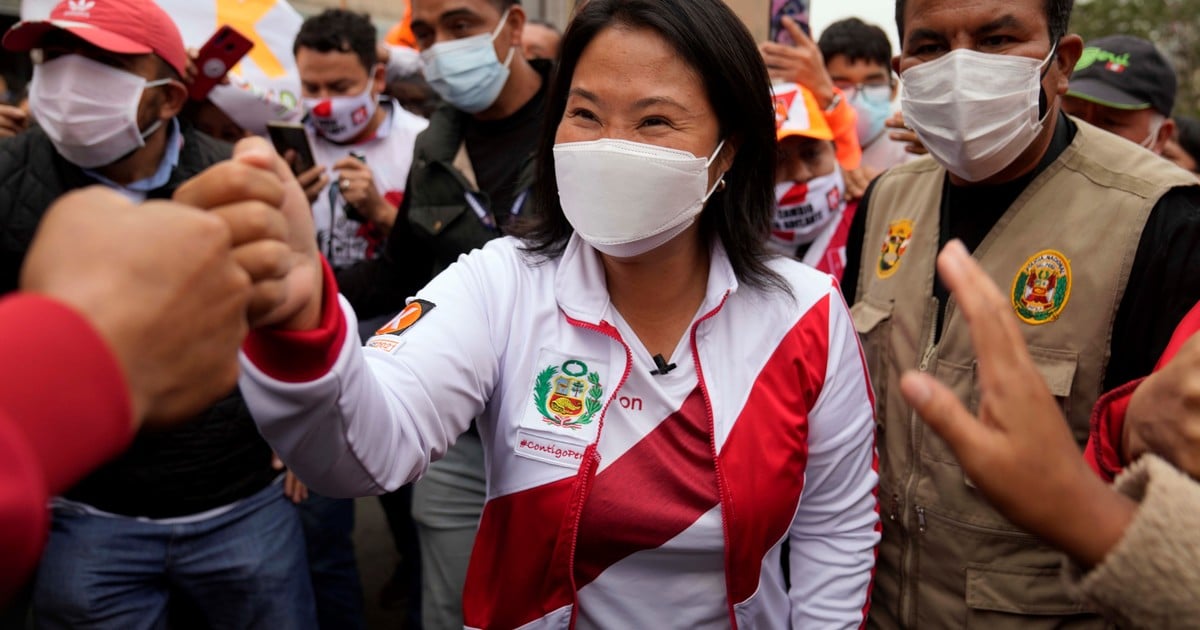 Keiko Fujimori can become this Sunday the first president of Peru. A goal for which he worked 15 years since he assumed the task of rebuilding almost from the ashes the right-wing political movement founded by his father in 1990.

The once belligerent populist right-wing leader faces a ballot, for the third time in a decade, with an unprecedented moderate and conciliatory tone, after spending 16 months in preventive detention, until May 2020.

The first-born of the imprisoned former president Alberto Fujimori (1990-2000), 46 years old, married with two teenage daughters, has a stone in her shoe: an accusation by the prosecution for allegedly receiving illegal money of the Brazilian construction company Odebrecht for its 2011 and 2016 campaigns, charges that she denies.

Prison and the crisis that hit her monolithic Fuerza Popular party due to the Odebrecht scandal had weakened her.

But managed to recover for this ballot before the teacher Pedro Castillo, leader of the extreme left and its antithesis in the political field.

In the final stretch of the campaign and at the request of the clan’s patriarch, he reconciled with his younger brother Kenji Fujimori, from whom he had distanced himself over political differences four years ago.

Keiko Fujimori was second in the first round of elections in April in Peru. Photo: BLOOMBERG

The threat of prison

The prosecution, which is preparing to take her to trial, announced on March 11 that it would seek a 30-year prison sentence for the alleged crimes of money laundering and obstruction of justice, among others.

If he wins the presidency, he will have immunity and she could only be tried after her five-year term ends.

His proposals to reactivate the economy, badly hit by the pandemic, involve raising public spending and have been branded “populist” by independent economists.

The candidate was trained in the United States, where she obtained an MBA from Columbia University after graduating from Boston University.

Key dates in the life of Keiko Fujimori. / AFP

“The search for consensus will be fundamental for all groups that reach Parliament and it is essential to build bridges, regardless of who reaches the presidency,” Fujimori told the AFP agency in an interview prior to the first round of April 11.

This task will be a priority given that it lacks a majority in Congress. His party, Fuerza Popular, has 24 seats out of a total of 130.

The candidate has led Fujimorism for 15 years, a successful populist amalgam of moral conservatism and neoliberal economics that his father left as an inheritance after coming to power in 1990, when he defeated the then favorite, Mario Vargas Llosa.

His leadership is largely based on the popularity in some quarters of his father, who was sentenced in 2009 to 25 years in prison for corruption and crimes against humanity under his government (1990-2000).

She promised that if he wins he will pardon the former president, 82 years old.

A supporter of Keiko Fujimori, in Lima, while awaiting the release of the political leader, in November 2019, then arrested for a case of corruption. A female supporter of opposition leader Keiko Fujimori holds a poster while awaiting her release, outside the Chorrillos Women’s Annex in Lima, Peru, on November 29, 2019. The president of the Constitutional Court of Peru, Ernesto Blume, He said on Monday that an “acquittal or conviction” of the leader Keiko Fujimori has not been issued by declaring a “habeas corpus” founded for her release. (Xinhua / Mariana Bazo) (mb) (mm) (rtg)

Despite his condemnation, many Peruvians admire Alberto Fujimori because he defeated the Maoist guerilla Sendero Luminoso and the Guevarista MRTA, and stopped the hyperinflation inherited from former President Alan García.

“My intention is to save Peruvians from death and hunger” caused by the coronavirus, Keiko told AFP, alluding to the current health and economic crisis.

Nobel laureate Vargas Llosa supports her for the ballot claiming that she “represents the lesser evil.”

Keiko Fujimori “has no other alternative, it is a dynasty,” political scientist Carlos Meléndez told AFP about the reasons why he remains in politics.

This family, of Japanese descent, It has shaped Peruvian politics in the last three decades.

Keiko, which in Japanese means “blessed daughter”, spent half her life in politics, which she entered against her will, as she confessed.

In 1994, when she was 19 years old, her parents’ separation led her to become a surrogate first lady.

Mired in scandal, his father resigned the presidency in 2000 with a fax from Japan, where he sought refuge.

She remained in Peru and fought when even her uncles were fugitives from justice.

In 2004, she married the American Mark Vito Villanella and reconciled with her mother, but could not dissociate herself from politics.

At the request of his father, took the reins to relaunch Fujimorism in 2006.

He ran for Congress that year and got the highest vote: 602,000 votes.

He lost the presidency in 2011 to Ollanta Humala and in 2016 to Pedro Pablo Kuczynski, although his party achieved an absolute majority in Congress.

His bench handcuffed Kuczynski until he was forced to resign in 2018, three months after he pardoned his father. The measure was annulled by justice.

In the extraordinary parliamentary elections of 2020, Fujimori lost control of parliament, but now she is on the verge of power.