Who is Juan Sebastián González, Joe Biden’s envoy who will arrive in Argentina 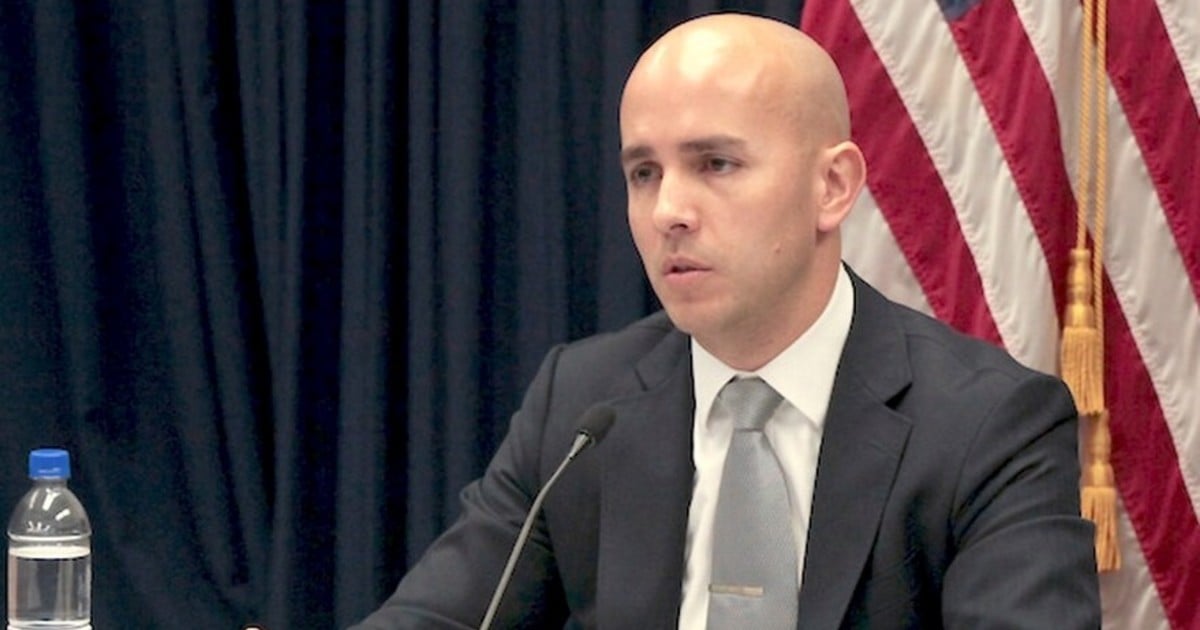 Juan Sebastián González is an old acquaintance in the political and diplomatic kitchen of Latin America in Washington. The man who will arrive in Argentina next week as President Joe Biden’s envoy was born in Cartagena, Colombia, and came to live with his parents in the United States at age 7, when he could barely pronounce three words in English (shower, dog and Disneyland), according to a Colombian newspaper. But the little boy quickly adapted to the country, became an American citizen and was able to fulfill the dream he had had since he was a child: dedicate himself to public service.

González, 45, is today the main advisor for Latin America and the Caribbean in the National Security Council, the expert in the region closest to Biden, and he is the one who will seek to oil the relationship between the United States and the government of Alberto Fernández in a visit to Buenos Aires next Tuesday, as anticipated Clarion.

González, lover of vallenato, cross country and mountain biking, studied science at the University of Buffalo and then got a Master in Latin American Studies at Georgetown University, where those seeking to be part of the foreign service tend to study. He then served as a volunteer for the Peace Forces in Guatemala and entered the State Department in 2004, as chief of staff of the undersecretary for the region, Arturo Valenzuela.

During the Barack Obama administration, González passed to the National Security Council, But when he finished his duties, then Vice President Biden called him and said: “In Obama’s second term, from 2012 to 2016, I will be more involved with Latin America and I need an advisor. I want to interview you ”, as González wrote in El Espectador. “That is how it happened, he offered me the job and I have been with him ever since,” he said.

González made multiple trips to the region with Biden. Outside the White House, and during the presidency of Donald Trump, he remained strongly linked to Latin American issues from the consulting firm Cohen Group and was frequently seen in meetings at embassies in the region in Washington, at regional conferences and has even received officials Argentines in the offices of your company. He always continued linked to the Democratic campaign and to Biden, whom he considers not only a political reference but also a reference for life.

Benjamín Gedan, director of the Argentina Project at the Wilson Center, worked with González at the State Department. “Juan has deep experience in Latin American issues. He understands the value of diplomacy, foreign aid and career experts, who were sidelined during the Trump administration, ”he told Clarín.

“Relations between the United States and Argentina were tense during the last time that Juan worked in the White House,” when Kirchnerism ruled in our country. “But Biden,” Gedan added, “is not looking for disputes. And it is clear that Juan hopes to rebuild the international relations that deteriorated with Trump ”.

“For that, it is offering a range of potential areas of cooperation and the efforts of the Biden administration to collaborate with Argentina on climate change issues are clear,” he added.

However, Gedan notes, “Juan seems focused on fighting corruption in the region, defending human rights in Venezuela, and fighting violence and underdevelopment in Central America, and Argentina is not an obvious partner on any of those issues.” “Despite that, the way Juan understands international relations opens up many opportunities for Argentina to strengthen ties with the United States.”

Regarding Biden’s vision for the region, González said that the president “is a man who rolls up his sleeves and works on the ground, someone who deeply feels that security, prosperity and the democratic tradition in the region is part of the national security of the United States ”.

Regarding Venezuela, González agrees with Biden that Nicolás Maduro is a dictator and that Juan Guaidó must be supported, something that can bring risks in the meeting with Argentine officials. However, he believes, like his boss, that Venezuelans are the ones who must decide their future. And that the US should support their efforts to lead themselves through free and fair elections.

Sources in the US capital trusted Clarion that the main value of González’s visit, regardless of who he meets with and the issues he deals with in Buenos Aires, is that he has chosen Argentina as one of his first destinations in the region. “USA. he needs a reliable interlocutor ”in the area, they say. In addition, they are enthusiastic about the visit because the official is a man very close to Biden.

González feels a special respect and admiration for the American president not only as a politician but as a person. He has said, for example, that “Biden is someone who gives all priority to his family. He does not care what meeting he is in or with whom he is talking, if a call from his wife, children or grandchildren comes to his cell phone, he interrupts to answer. He reminds his team that: “If you are not with your families during the holidays, you are not doing your job.” That is why González does not hesitate to emphasize that “Biden is very empathetic and sensitive” and that “he is a reference” for his life.

Married to the Californian Sarah Platts, González is also known for being very “familiar” and dedicated to his son Sebastián and his newborn baby, Emma. He has been seen on social media with little upa, working from home.

In the most important position he has held in his career so far, González says that he wants to play a role that allows him “not only to highlight and highlight the beauty that Latin America offers, but also to help rescue the population from injustices and inequities, as well as contribute to the solution of the criminal and corruption situation that you live. Because it is about celebrating the good and solving problems ”.

Complicated traffic: cuts and protests in different parts of the City, and several accesses will be blocked