Who is Ebrahim Raisi, the ultra-conservative who swept the elections and will rule Iran 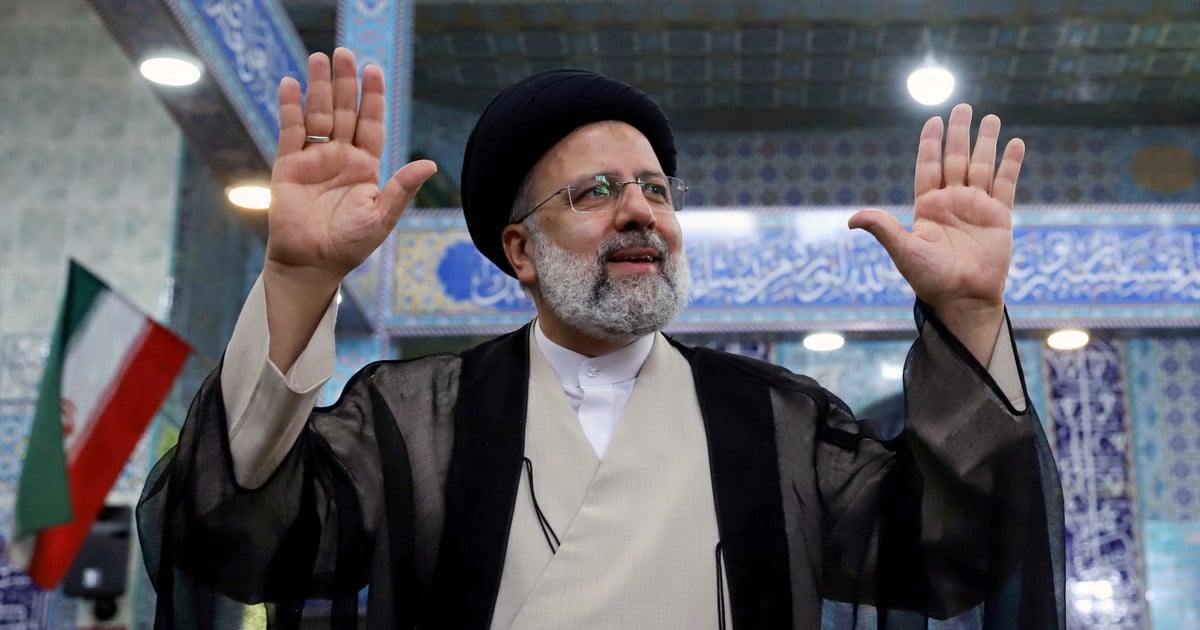 The ultra-conservative cleric Ebrahim raisi, next president of Iran after achieving a landslide victory in the elections, he has an extensive and controversial career in the Judiciary and is under US sanctions.

With his black turban, his beard and his serious face, the cleric won 61.96% of the votes in the presidential elections on Friday, having no tall rivals, and will take office in August for a four-year term .

During the election campaign tried to soften his image, aware of temor that awakens in the most liberal sectors of the population, and presented himself as “a consensus candidate” who, regardless of political tendencies, will “serve all the people.”

He always held high positions in the Islamic Republic system, mostly from supervision of the correct compliance with the strict regulations of the country, and is one of the figures most likely to succeed the supreme leader, Ali Khamenei.

Flags and posters, in the celebration of the followers of Ebrahim Raisi, winner of the presidential elections in Iran. Photo: EFE

It was the ayatollah who appointed him in 2019 to his current position, head of the Judiciary, and previously, in 2016, as custodian of the important Astan Quds Razavi Foundation of the Imam Reza Mausoleum of Mashad, which manages a large estate.

Against corruption and poverty

This was Raisi’s second attempt at the presidency. He presented his candidacy in 2017 and obtained 38% of the votes, behind the current president, the moderate cleric Hassan Rohani.

For Friday’s appointment with the polls, he deployed uA campaign with the slogan “A People’s Administration, A Strong Iran” and promised to fight corruption and poverty, create jobs and contain inflation.

He was born on December 14, 1960 in Noghan, a district of the holy city of Mashad, into a religious family descended from the Shiite Imam Hussein and therefore from the Prophet Muhammad, hence his black turban.

Following in the footsteps of his father and maternal grandfather, who were also clergymen, he studied until the age of 15 in religious schools in Mashad, then moved to the ultra-conservative holy city of Qom to continue his training.

He was a student of the supreme leader in one of the Shiite seminaries in Qom and later expanded his studies with a master’s degree in Private Law and a doctorate in Jurisprudence and Private Law.

With that training, he entered the world of the judiciary in the 1980s.

He was first prosecutor of the city of Karaj and then in the province of Hamedan, until in 1985 he made the leap to the capital when he was appointed as a substitute for the prosecutor of Tehran.

The moderate Hassan Rohani will leave the presidency of Iran in August. Photo: EFE

One of the darkest points of his career dates from that time. He was part of the committee that oversaw the 1988 executions of political prisoners, that killed thousands of members of the People’s Mujahideen Organization and leftist parties.

His meteoric career then led him to be Tehran’s prosecutor, head of the General Inspection Organization for ten years, first deputy of the Judiciary between 2004 and 2014, and the country’s attorney general for one year.

His positions as custodian of the foundation of the mausoleum of Imam Reza, head of the judiciary and, shortly, president pave his eventual path to the position of supreme leader, the highest spiritual and political authority in Iran.

The clergyman was also in the past responsible for the organization in charge of supervising the compliance by the population of Islamic principles and head of the television control council.

These types of charges raise concerns about an increase in restrictions on personal freedoms and censorship in the cultural sphere in Iran with Raisi.

Also shown rjealous of the West and especially the United States, country that included him on its list of sanctioned in November 2019 along with eight other Iranian personalities, including the second son of the Supreme Leader, Mojtaba Khameneí, and the Chief of the General Staff, Mohamad Baqerí.

The then US Secretary of the Treasury, Steven Mnuchin, stressed that this measure was hitting “the non-popularly elected officials who surround the supreme leader of Iran and implement his destabilizing policies.”

Doubts about the nuclear plan

The president actually has limited powers in Iran, where real power is in the hands of the supreme guide.

Rohani’s balance sheet was tainted by the failure of his policy of openness after the United States withdrew in 2018 from the agreement on the Iranian nuclear program sealed with the great powers in 2015 in Vienna.

Now the question is whether the new president will return to the negotiating table.