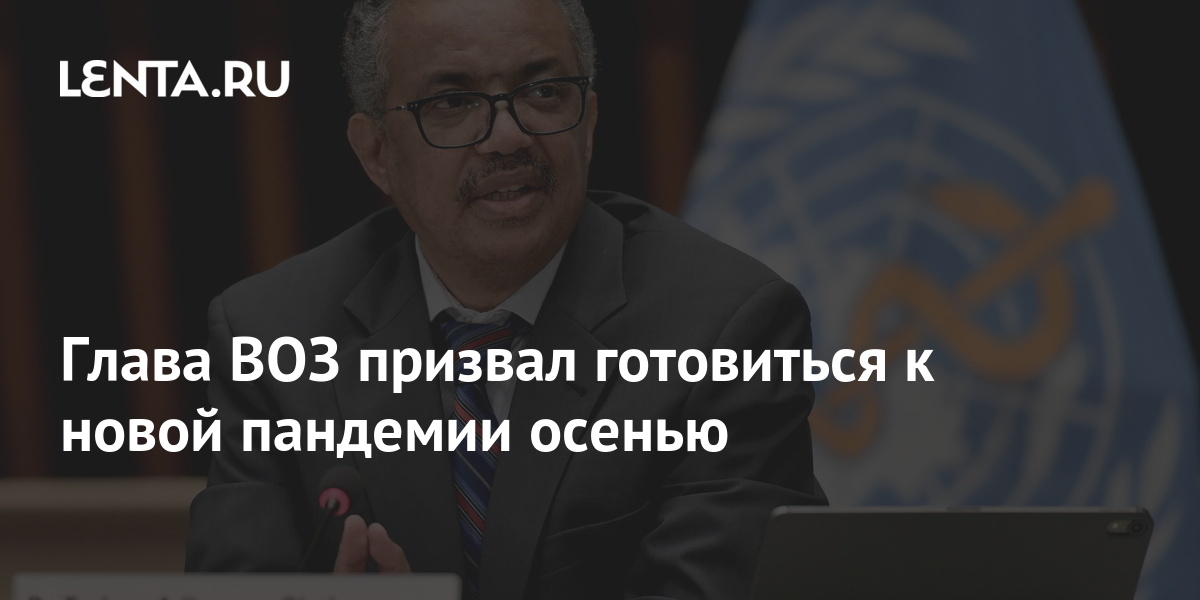 World Health Organization (WHO) Director-General Tedros Adanom Ghebreyesus has called on countries to prepare for a new pandemic in the fall and provide a response. He stated this during a briefing in Geneva, the broadcast was conducted on the organization’s page in Twitter…

According to him, the situation in the world has stabilized, but morbidity and mortality remain at a very high level.

“The next three months will be a critical period for preparing for and responding to a future pandemic,” Ghebreyesus said.

The head of WHO noted that the situation with the number of cases and deaths detected daily in the world has stabilized. “But this stability is at a very high level – over 4.5 million cases and 68,000 deaths,” he concluded.

Earlier, WHO Chief Scientist Sumya Swaminathan said that coronavirus will become an endemic disease in India. According to her, the state has entered the stage of “endemicity”, when the transmission of the disease is characteristic only for certain regions of the country.

On August 14, the WHO reported that the proportion of coronavirus infections and deaths from COVID-19 among children is growing worldwide, this trend is especially noticeable in countries with high rates of vaccination of the population.

Monterrey vs Pumas. Goals and summary of matchday 2, Liga MX

Ansu Fati will return after the national team break in September