Who had a robot boss to talk about empathy with 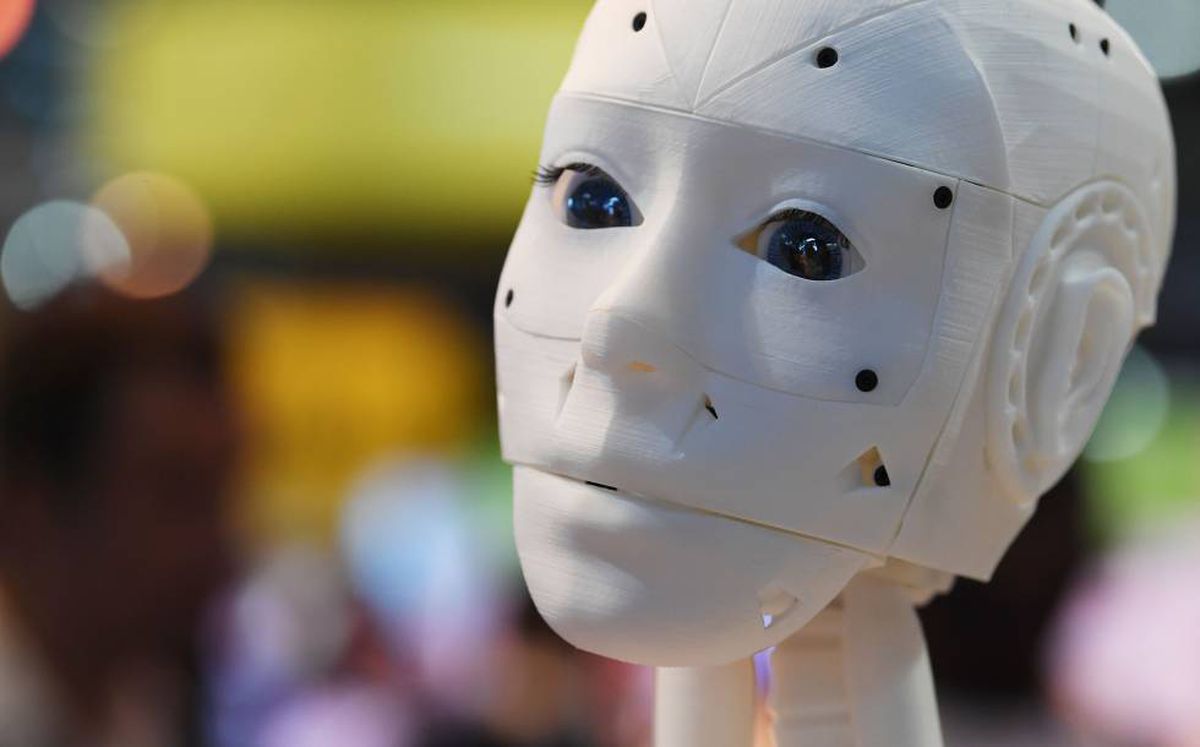 Dystopia is here. A female android interviews a young male for a job. She has the power and he the explanations. So why do you think you deserve this job? asks the machine with its voice controller. Well, I can handle any operating system, replies the kid. So do we, she says. Then the android reproaches him for how much we humans like to waste time, the low profitability of our work, the time we waste talking in the corridors. The scene is not real but the latest Aquarius commercial, directed by Owen Harris, director of Black mirror and a kind of master chef of technological dystopia. I have been very scared watching this ad. And even more thinking about him.

Because it turns out that the kid explains to the robot that what differentiates us humans from machines is the desire. “We are born with them and they are the ones that push us to retry something over and over again until we get it,” he says. And images of human improvement appear that give good vibes and move the viewer. That’s when the truly atrocious happens, my nightmare, the terror. Because the robot realizes that the subject in front of it is much more complex than any operating system and then offers it the job. The terrible thing is that this empathy is possible thanks to the boy having a machine in front of him. Because no one in their right mind is going to a job interview at this point to explain to the Human Resources director that she is a bit of a charlatan but that she really wants to. And that he also makes mistakes from time to time, even often, but always learns from his mistakes. In fact, this scene would not be credible if the director of Human Resources were a real person. Because, in that case, empathy would not be credible. And the commitment to humanity versus profitability, unthinkable. Who had a robot as boss with whom to talk about the family, the human and the desire!

Luckily, according to the forecasts of the World Economic Forum (WEF in its acronym in English), it seems that in 2025, robots and humans will share jobs equally. It is true that this new division will not increase resilience or empathy, but rather inequality. However, the question we ask ourselves every time a machine with a human face appears is not social, economic or ecological but strictly personal. Can you be a better robot than me? Best worker? Best lover? best mate? Better consumer? And ultimately, can a robot be a better person than a human? The human answer to this question is yes. Because we have already decided that artificial intelligence is better than ours, more predictable and orderly. And this is how we try to grow, think and produce lately, as efficient robots. We are training ourselves as machines so that we can be replaced by them.

It is true that many studies assure that humans will never compete against robots, just as we do not compete now with cranes or escalators. They will take away our work and surely our car, but not our identity. There are even optimistic voices convinced that we will work fewer hours thanks to them and that robots do not represent a threat. In any case, the difference with other technological transformations is that the duel of our century will not be between two types of worker but between two types of intelligence, artificial and ours. The first is predictable, scalable, efficient, inexhaustible and cheaper every day. Whereas the human is contradictory, deadly, intuitive and often out of control. To top it all, educating and empowering her is very expensive.

But what is it that makes our intelligence human? Obviously, it is the language. Because unlike the one that any robot or animal can use, it is not a mere code. For this reason, the given word not only serves to transmit information but also to create new meanings, to transgress time and space and to cross personal and human limits again and again. Because if something defines us, it is precisely what the word allows: transgress, change, transform, imagine. That is the reason why humans fall in love while robots can only name love. We always go beyond our limits. And we do it with words, by the way.

What a shame that in this new technological transformation, the code is considered more efficient than the word, Excel seems clearer than the best argumentation and common places are often imposed on the transgressive power of language. What a shame the extermination of philosophy, Greek, Latin, the arts or dance in education. What a pity that we are passing our thought through an ever-narrower ring with the purpose that it serves to unify, measure, compare, save and, above all, standardize. How sad that business language always speaks of focusing on one thing or another to the detriment of a thought for everything (and for everyone) from time to time. Therefore, seeing the treatment we humans are giving to what really differentiates us, we can only dream of the day when a robot looks us in the eye and takes pity on us. That day, it seems, is getting closer every day.

Nuria Labari is a journalist and writer.