Who contacted: drug dealers got hooked on the FBI messenger 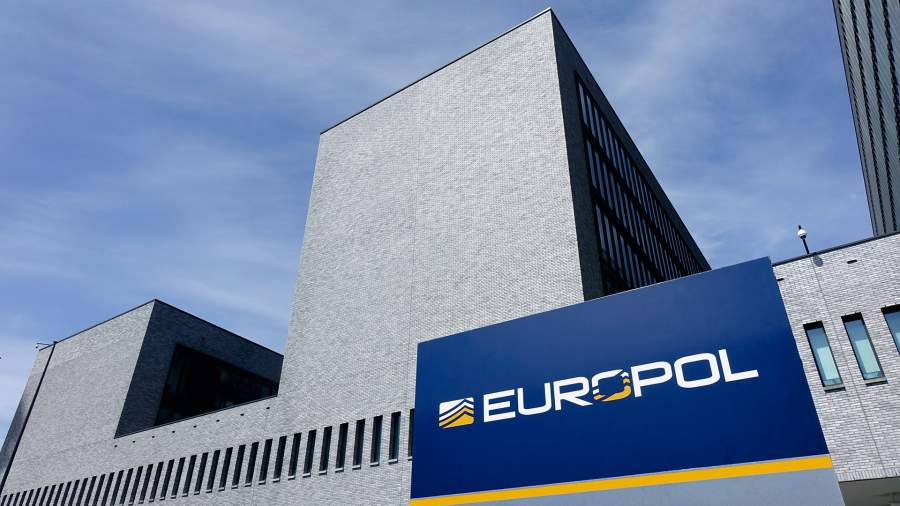 As a result of a three-year unprecedented special operation of the Australian police, Europol and the US FBI, over 800 members of organized crime groups around the world were detained. The success was made possible thanks to a clever trick – the secret services themselves created and promoted an allegedly anonymous messenger, advertising it as “created by criminals for criminals.” Users-criminals in their correspondence personally documented evidence of their illegal activities. Izvestia studied foreign experience and learned from experts whether it is possible to adopt it in Russia.

For three years, in an atmosphere of the strictest secrecy, police and intelligence officers from several countries observed and recorded the actions of criminals on three continents. This is thanks to the successful black market promotion of the supposedly completely anonymous messenger ANoM, which was originally controlled by the FBI. The American part of the operation was called Trojan Shield, and the Australian part was called Ironside (cuirass, Iron Side). The “secret” messenger gave the illusion of complete anonymity – the program was installed exclusively on smartphones, most of the functions of which were disabled (the tubes were sold on the black market and supported the exchange of text, video and photos only with similar gadgets). The police received copies of each message. Each device with a messenger cost from $ 1.2 thousand to $ 2 thousand for a six-month subscription. By the way, the sellers of mobile phones are also going to be charged, although, ironically, they themselves firmly believed in the reliability of their devices.

The Australians explained that the idea of ​​creating ANoM came after the liquidation of the Canadian company Phantom Secure, which provided drug cartels with secret communications – it was necessary to fill the vacuum before the real criminals. As a result, drug dealers and other representatives of organized crime “moved” to ANoM. The FBI reported that 12,000 people from 100 countries have become users (300 criminal groups are reported).

First an embedded intelligence agent succeeded to sell mobile phones to three criminal distributors, then ANoM’s popularity grew exponentially. You couldn’t just buy a phone with ANoM – you needed a recommendation code from another owner of such a device. It was a great success that the tube with the messenger fell into the hands of the Australian drug lord Joseph Hakan Ayik. He unwittingly became the advertising face of the gadget, which was also adopted by other leaders of the organized criminal group. Now his life is in danger, and the police are recommending that he surrender voluntarily to avoid reprisals from “colleagues”.

The preliminary results of the work of law enforcement officers are impressive. The Australians carried out arrests of 224 suspects in 526 crimes, seized 3.7 tons of drugs, 104 weapons and almost $ 45 million. In Sweden, 155 people were arrested, 10 murders were prevented, arrests also swept across Germany, Holland, New Zealand and other European states. The total count of the detainees exceeded 800.

Australian police notedthat they managed to prevent the planned murders 20 times – they transmitted information from instant messengers to the local police, which prevented the atrocities. The country’s police are going to indict members of the Australian branch of the Italian mafia, members of organized crime groups of bikers, Asian and Albanian criminal syndicates.

The headquarters of the operation was the FBI office in San Diego, where 100 agents and 80 linguists worked. In total, 27 million messages were intercepted in 45 languages. A bureau spokesman said that undermining trust in anonymous social networks is one of the main goals of the operation, along with collecting invaluable information for the investigation.

Obviously, the array of correspondence held by foreign police officers contains data of interest to the Russian security officials.

– Not a single transnational drug traffic can do without the participation of organized crime from the post-Soviet space. Of course, this information may also be of interest to our competent departments, – assured a source of “Izvestia” in the anti-drug division of one of the Russian security agencies.

As for the legality of the FBI’s special operation, according to Artem Lilyak, partner of the Moscow law firm Shcheglov and Partners, this practice in the United States is fully consistent with the law.

– I would call it a gimmick, as they say, “with an asterisk and small text.” In principle, such a trick can be used in Russia as well. Agree, few of us read the rules for using the programs before clicking the “I Agree” / “Agree” … So you can write everything honestly (for example, consent to store this information and transfer it directly to authorized bodies) in small print, and 90% of users won’t even pay attention.

Nevertheless, in Russia, the general public does not know anything about such special operations. According to Sarkis Darbinyan, managing partner of the law firm Digital Rights Center, this is due to the high costs of financing such developments.

– Our security officials, as a rule, do not have money from budgetary allocations for such amateur activities. While there are opportunities to use fake stores on Hydra and compromised Tor nodes, – says the lawyer.

Pros and cons of anonymity

Vladimir Zykov, head of the Association of Professional Users of Social Networks and Messengers, considers complete anonymity to be a loophole for criminals.

– They need it first of all, as it allows them to evade responsibility. However, anonymity is different. Some criminals understand the dangers of using public services and create their own funds for their dark deeds. Others, not very advanced, need ready-made solutions that can provide them with security. They have to trust what they see and read. They say that the darknet was created with the participation of the US intelligence services. Allegedly, there they catch only those who are of particular interest and danger to them.

So when choosing a messenger or any other form of anonymization, people first of all need to understand how much they trust the manufacturer, says Zykov. They will not be able to independently check the safety. According to him, there are systems for monitoring social networks, open groups and messenger chats. But it is impossible to read encrypted correspondence and closed channels.

“It must be understood that anonymity can be ensured both between the users themselves and between the user on the one hand and the service operator on the other,” explains the key difference lawyer Sarkis Darbinyan. “But reliability has nothing to do with the ability to anonymize users. The messenger’s reliability is ensured by its open source code, which, as a rule, can be checked by anyone, as well as by the end-to-end encryption algorithm with a pair of keys.

In his opinion, anonymous messengers are needed not only for organized criminals, but also for journalists, activists, and sometimes business.

“They ensure the fundamental human right to anonymity in the digital environment. And despite the fact that the demand for them is not so high now, someone needs them, and over the years the need of people for such tools will only increase.

How to deal with secret correspondence

Any manipulations of security officials with information in other people’s messengers relate to the constitutional right to privacy of correspondence. And here questions arise.

“Until the moment when the“ gadget ”falls directly into the hands of the security officials, the right to confidentiality of correspondence is at the very least respected,” criminal lawyer Artem Lilyak told Izvestia. – To control and record conversations and correspondence, as well as to obtain information about the connections of subscriber devices, it is necessary to obtain a court permit. But as soon as a phone, tablet or computer falls into the hands of law enforcement officers, for some reason they immediately become just objects, material evidence, but at the same time they are examined precisely for the purpose of extracting information, including information protected by law, about calls, messages, correspondence, e-mail.

According to him, in the expert departments there are special modern software and hardware systems for “opening” password-protected devices.

Another specialist also confirmed that the security forces often draw up evidence with a protocol of inspection of an electronic storage medium.

“However, this practice was recognized in the ruling of the Constitutional Court of the Russian Federation on June 1, 2021 No. 189-O, as possible for appeal,” explained Sergey Khaustov, chairman of the Council of Young Lawyers of the Voronezh regional branch of the Russian Lawyers Association. “Nevertheless, suspects and defendants rarely use this opportunity. In court decisions, we also find that seized mobile phones are becoming a rich source of information about the correspondence of citizens. For our law enforcement officers, this method of obtaining information is more effective than creating complex software.

– Of particular importance for understanding the guarantees of the secrecy of correspondence today is a package of laws, popularly called the “Yarovaya Law”, according to which telecom operators are required to store both information about the contacts and communications of each subscriber and the messages themselves, be it text or audio recording the law of time, – explains intellectual law attorney Yulia Lyalutskaya. – At the same time, a “telecom operator” is not a mobile operator, but any owner of a public messenger that is used for the purpose of transmitting information via the Internet.

There is also government approved mechanism interaction of “operators” with special services. According to the document, “the organizer of the dissemination of information on the Internet” must assist the competent authorities in carrying out anti-criminal measures using technical means, provide them with remote access to information, etc.

– Cases of using existing popular instant messengers and social networks to search for criminals, and sometimes, unfortunately, to provoke crimes, are quite common. Bailiffs disguised as girls get to know debtors, operatives are trying to find citizens prone to the use and distribution of prohibited substances, secret units are constantly monitoring the network in search of terrorists, – Lawyer Lyalutskaya tells about the work of the domestic security forces.

In her opinion, the public is not particularly aware of the real cases of the use of messengers controlled by the Russian security forces, precisely because of the preservation of strict secrecy around such operations.