Whirlpool, when the CEO La Morgia praised the workers of Naples 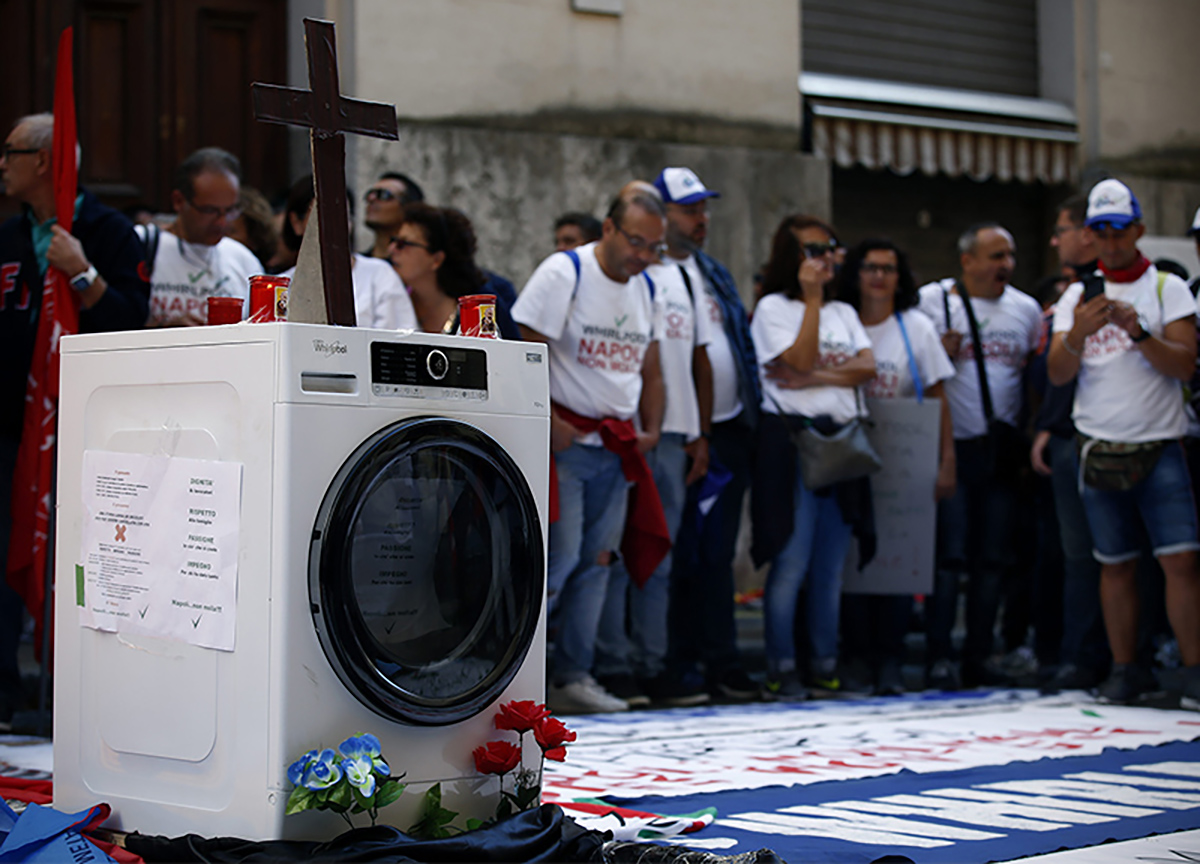 “This factory could be exported to any part of the world. However, the people that I’m here, the land and the passion what’s up (sic) in this factory it cannot be replicated nowhere else. And this is the true success factor of Naples: you are you all. So you never forget it “.

And then again: “I had not seen the show and I am really pleased to have seen it, because it is the demonstration that with the right people you can have an exceptional result. Only one thing counts: the team, only this. “A team which at the time was 450 workers (then decreased during the dispute to 327 starting in May 2019) and that at the moment Luigi La Morgia, which became in February 2019 CEO of Whirlpool Italia, instead he can’t wait to dismantle, refusing the additional 13 weeks of layoffs post-release of layoffs provided for in the joint notice signed by Confindustria and trade unions.

Thus harangue in 2012 the audience made up of workers and their respective families at the end of a show organized by Cral Whirlpool Naples L’then director of the La Morgia plant in Campania, before being promoted country manager of the American appliance giant which has 6,000 employees in Italy and which from 2014 and 2019 it benefited from 50 million public incentives, in addition to long layoffs to the factory in Via Argine in the Neapolitan city.

Words with which the top manager Pescara congratulated the workers for the show set up and which, read in the light of the epilogue without appeal sentenced Wednesday onopening of the procedure for the collective dismissal of all 327 employees (production will be saturated across the border) trigger even more legitimate anger of the Campania workers who feel cheated.

Not just for the disregarded recommendation by a company registered with Confindustria, but also because beyond the sentences of circumstance pronounced in 2012, the recourse to the 13 weeks of the Cig would have enabled Invitalia to search more easily an alternative solution for the future of workers. That “team“made, according to the speaker La Morgia, by”right people” Equipped with “passion“and therefore able to reach”outstanding results“,”the real success factor of Naples“, productivity of which surely another investor could have benefited. Why “it cannot be replicated nowhere else “.

On the other hand, we know, certain statements age really badly. “Really com-pli-men-ti!“.