WHERE TO SEE Guatemala vs Mexico – Gold Cup Schedule 2021 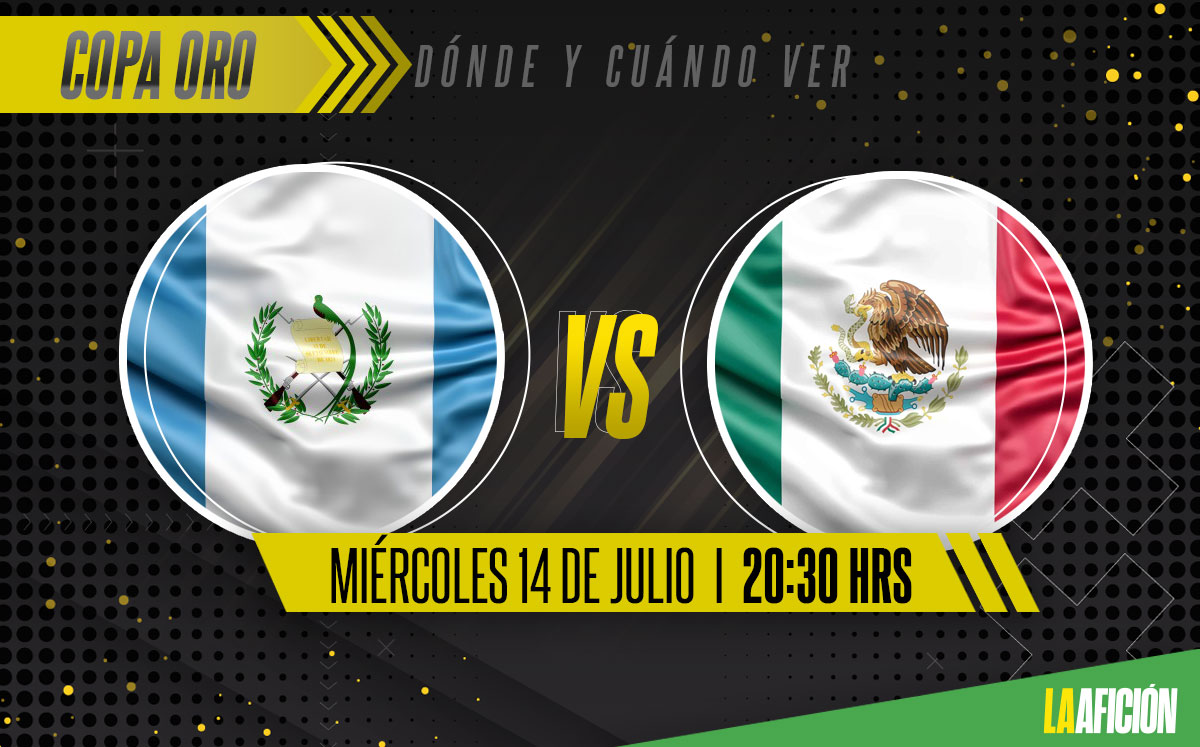 The Mexican team had a bitter debut in the Gold Cup, after its draw with Trinidad and Tobago last Saturday, so, in its second group stage match against Guatemala, last-minute guest of the tournament, will try to claim to add their first points.

El Tri lived a difficult night against the Trinidadian teamWell, although he dominated, he lost for the rest of the tournament to Hirving Lozano, who suffered a strong clash with the rival goalkeeper and who, due to the severity of the injury to his neck, will have to wait up to a month and a half to recover.

In addition, and in the midst of the controversial refereeing, the Mexican fans that went to AT&T Stadium again emitted the homophobic cry that caused the match to stop twice. Despite the event, the Mexicans managed to get the match against the Guatemalans to be played with fans.

Guatemala is clearly the victim, as they reach the second commitment with a defeat 2-0 against El Salvador, expected result, due to the lack of preparation they had for the tournament, since they agreed to it thanks to the covid-19 outbreak that occurred in the Curaçao combine.

For the above, the Central Americans gathered their sectioned one day before their debut, as they had been out of the Cup since the preliminary round.

Gerardo Martino’s squad Its primary objective is to win this match by far and thereby convince that they will have a satisfactory tournament to take over the leadership of group A.

WHAT TIME IS GUATEMALA VS MEXICO?

The match will take place at the Cotton Bowl Stadium in Dallas, Texas and it will be point of 20:30 hours, Central Mexico time.