Where are the parents in the day-to-day life of their children? 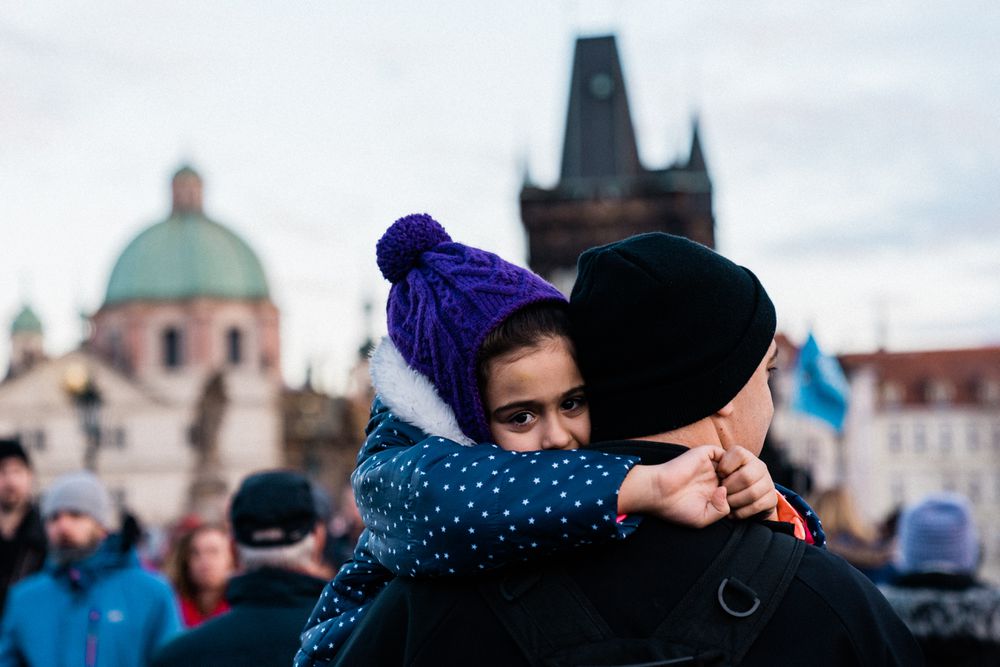 During the months of strict confinement derived from the pandemic caused by covid-19, Jesús García’s partner worked in person, so these long weeks without being able to leave home, this Granada-born resident in Madrid spent teleworking while taking care of his two children of one and four years. “It was quite a difficult situation. The three of us locked ourselves in the living room and I tried to telework with the computer on the table while the children watched TV for a while and then played. He made sure that this time on TV was not excessive, although it is true that, in this sense, at a certain point my children stopped paying attention to him and began to play. Then, as I was getting work, we would invent different things to do every morning to also be with them ”, he tells EL PAÍS about some mornings in which he also took time to put washing machines and do other household chores. The afternoons, he explains, with the whole family at home, they were dedicated to getting meals, cleaning, shopping, etc., while they tried to make their children lead a life as normal as possible within a context of complete abnormality.

The situation of those weeks of confinement, despite its extraordinary nature, was only a reflection (increased by the permanent presence of the children and by the increase in meals at home) of a co-responsible reality already established in the home. “Before confinement and today, the distribution of housework and care is similar. Taking into account that we do not have help, my partner and I try to survive by adapting to the circumstances of each moment. It is truly a question of survival, ”he says.

Although it may seem otherwise, the case of David García is closer to exception than to the norm. According to data from distribution of domestic work (childcare included) by sex from the Basque Institute of StatisticsIn the last 25 years, the co-responsibility indexes have barely balanced by 12 points. In 1993, women held 79.3% of these jobs, for only 20.7% of men. In 2018, the balance was still clearly inclined towards women (67.2% vs 32.8%). In fact, almost one in five of these women with paid work defined themselves as “very dissatisfied” with the collaboration offered by their spouse or partner in carrying out household chores.

“It is clear that we are going slowly and that, at the current rate of evolution, it would take more than a century to achieve real and effective equality between women and men”, acknowledges Ritxar Bacete, writer and specialist in gender, masculinities, equality policies and Positive parenting, for whom this “infuriating” slowness has, among others, one main explanation: the lack of specific measures, programs and actions aimed at incorporating men into unpaid care. “The pandemic has been a good example. We have data from 206 countries that enacted policies in response to the social impact of Covid-19. We are talking about more than 1,800 enacted measures. Only six of them directly addressed unpaid work and those that were specifically aimed at promoting the involvement of men in unpaid care were “zero patatero,” as my daughter would say, “she argues.

The result of this lack of involvement has been visible for months in multiple investigations and statistics. According to a study led by professors Libertad González (Universitat Pompeu Fabra) and Lidia Farré (Universitat de Barcelona) Based on a survey carried out during the month of April 2020, the increase in the volume of household chores caused by the confinement had to be distributed, “but most of the weight of this extra reoccurred on the person who already carried out them previously, which is women in most homes ”. Specifically, in the tasks of caring for and educating children the difference was 24 points. Similar data has been obtained more recently in the report How much time do you have for your children?, prepared by the National Commission for the Rationalization of Spanish Hours (ARHOE). According to its conclusions, the pandemic has meant a change in care routines that has affected women to a greater extent (60.87%) than men (34.78%). “They state that they have dedicated more time to raising children and doing housework, expressing that this greater workload has been experienced with stress and great fatigue.”

These data are consistent with those obtained by the British sociologist from the London School of Economics Aliya Hamid Rao. According to them, echoed by the journalist María Sánchez in SModa, during the pandemic it became clear that man’s work continues to be the priority, something that is visualized in a very graphic way in homes in which both parents They telework: fathers occupied independent offices or rooms, while mothers were mostly those who exercised in common spaces shared with children. “Mothers had to improvise both time and space. They were seen as caregivers and their role as workers was minimized ”, stated the expert.

Where are the parents?

Joaquim Montaner Vilallonga is a father, technical staff of the Andalusian Employment Service and an activist in a thousand battles for equality and co-responsibility. From the collective Dads Bloggers, of which he is coordinator, have launched the campaign Where are the parents?, with which they seek to invite reflection on the presence of parents in the day-to-day life of their sons and daughters. “The parents continue in the public, they continue in the affairs of the gentlemen and they continue not to be actively involved in the private dynamics of their homes. Most parents, therefore, continue to be absent in regard to care, both for their children and their major dependents. We are still not there and the worst thing is that we are not expected ”, he affirms pessimistically.

“Parents are in many places at the same time: some controlling and even raping their partners; others discovering with wonder the benefits of being involved in the care and upbringing of their daughters and sons; others totally unrelated to care, and a lot assuming them because there is no other choice, since their partners are fully inserted in the labor market, and in many cases with jobs, salaries and qualifications superior to their male partners ”, he responds to the Ritxar Bacete question, for whom the important thing is not so much the still photo as the trends and transformations that are taking place and that can be promoted with concrete measures and actions.

In this sense, for Montaner Vilallonga, the crisis caused by the coronavirus has given parents a “perfect” opportunity to focus on care: “It has been an opportunity to do more than ever in private, in our homes and with the people who inhabit them, a great time to be concerned, but also, and once and for all, to take care of ourselves ”. However, his perception is that “we men may have missed this opportunity.”

More optimistic, although with nuances, is Ritxar Bacete: “Never in the recent history of humanity have so many men participated in the daily care of their children and also of their homes. At the same time that we can make this statement, however, it must also be said that the care work carried out by women and girls increased even more during the pandemic ”. For the expert, in any case and with or without a pandemic, true gender equality will be impossible without a fundamental transformation in unpaid care work. “The inequity in the distribution of care occurred before the pandemic and will continue to occur if we do not get down to work to incorporate men, and especially those who are fathers, into unpaid care work. And the solutions do not pass only through individual decisions, but cultural changes have to be accompanied by structural changes, which would mean that public administrations would have to prioritize strategies to ensure that all care work, both paid and unpaid, are shared equally between women and men “, argues Bacete, for whom the ultimate goal should be that parents” assume once and for all the 100% shared and negotiated responsibility for sustaining life, and the execution and coordination of at least 50% of the care actions ”.

Principles of “discomfort” in men

“In my case, as a parent who stayed at home teleworking, my feeling was one of deep unease at not being able to do anything well, and for not properly caring for my children at key moments in their development, especially the youngest one year old. . I did not have the option of locking myself in an office and my feeling was that I was not working in adequate conditions and, above all, of not raising and caring for in the right conditions, ”recalls Jesús García.

Your sentiment is no exception. In a recent interview on the occasion of the launch of his new book, Ritxar Bacete acknowledged having had more candid conversations than ever about fatherhood in recent months. In them, he says, many parents have exhibited symptoms compatible to some extent with what Betty Friedan called the malaise of women. “The discomforts that are appearing in more and more men are tangible proof that something profound is beginning to change. When caring, tiredness, stress, sadness, or weariness that caring produces begin to be part of some men’s conversations, it is a symptom of something deeper and hopefully long-lasting: that some men have begun to participate in sustaining life ”, he assures.

Joaquim Montaner has had a similar perception, who confesses that it has been the first time that in the different communities or groups of parents to which he belongs, he has heard many men “speak of fatigue, exhaustion, of not reaching what each one it was put as an expectation ”. For the coordinator of Papás ​​Blogueros, however, it would be necessary to analyze these conversations to detect whether the cause of this exhaustion has to do in fact with equitable distribution of time and domestic and parenting burdens or, on the contrary, is the result of the known as pandemic fatigue. “I want to be optimistic and think that more and more men are getting fully involved in caregiving, at least in that of their children,” he adds.

An optimism out of necessity shared by Ritxar Bacete, since in his opinion parents who take care of and take responsibility for themselves are an example with great potential for impact on children and future generations. “The care that parents develop from the presence function as a catalyst for identities, they are a transforming element of the first order of inherited male identities of toxic hegemony”, he concludes.

The strength (and the four weaknesses) of the ‘Plan Calviño’