When water is not limiting, corn expresses its full yield potential 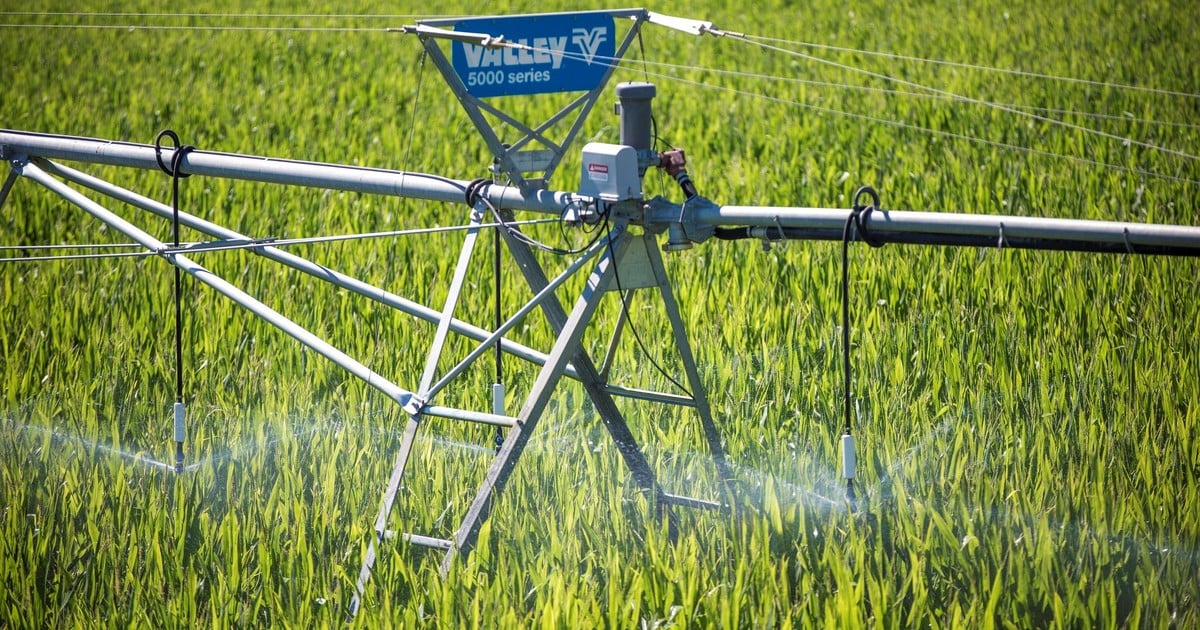 The main limitation that conditions the production and sustainability of the agricultural company in most of the national territory is the water deficit, mainly due to the high interannual variability of rainfall and the marked oscillations between years.

According to a report from the Buenos Aires Cereal Exchange, “the advance in the national harvesting of the corn crop is 50.6% of the suitable area and the production estimate of 48 million tons is maintained, 3.5 million tons less than the previous season ”. From the agency they indicated that “the average yield of 81.1 QQ / HA allows accumulating a partial production of 25.8 million tons nationwide.”

The Stock Exchange also released its seasonal agroclimatic perspective in which it states that, at the beginning of the 2021/22 season, “the climatic features point to being more benign than those of the previous season, although not totally risk-free.”

“Although a definitive diagnosis cannot yet be made, it is possible to point out that the 2021/22 campaign points to a less disturbed evolution than that observed in 2020/21, but not without risks,” the study continued.

And he warns: “Among these risks stands out the possibility that, as of December 2021, a wide focus drought, which would last throughout the summer of 2022, affecting a large part of the west and center of the Argentine agricultural area, Paraguay and southern Brazil ”.

In this scenario, the diffusion of supplementary irrigation is subject to the availability of water of appropriate quality and sufficient flows, in combination with suitable soils that justify, with good yields and stability over time.

According to Ing. Agr. Achilles Salinas, irrigation specialist and director of INTA Manfredi, “although there are numerous irrigation systems, In the country, what expanded the most was pressurized irrigation by pivot, which fundamentally improved application efficiency compared to other systems, facilitated operator management, allowed watering at the desired time (without shifts), among other benefits ”.

In INTA Manfredi for many years they have worked to define an irrigation strategy that ensures that water is not limiting the potential production of crops.

“Irrigation allows to complement the water demand of the crop during its cycle due to possible water deficiencies. To do this, it is essential to carry out a efficient use of applied water“, Said Salinas, and assured:” defining when and how much to irrigate is possibly one of the crucial points for irrigators, since it requires the elaboration of a water balance (BH) based on climatic and edaphic data “.

For this, the pivot must work integrated into a system of monitoring and control devices, a software platform and algorithms that generate information and projections so that the producer can make the best irrigation decisions, even being new to irrigation management.

The implementation of supplementary irrigation achieves significant results in early maize.: According to INTA Manfredi studies, the average annual yield of early corn would be 12,121 kg / ha for irrigated corn, and 7,718 kg / ha for rainfed corn (on average between the 1996/2020 seasons). In other words, the use of irrigation technology increases the yield of early corn by 57%.

Field data from this season that is ending reflected at the level of lots of producers from different areas of the country are showing yields that reach 15,000 kg / ha of irrigated corn. “With this level of corn prices, the profit is really high compared to dry-land corn in those same establishments,” said the Nicolas Viramonte, Territory Manager of Valley Argentina.

“More and more producers are approaching us and are interested in irrigation for their crops in which the star is corn, but they also realize that it is a tool to intensify the use of the same surface of soil, both with winter crops, cover crops and obviously soy, talking about irrigation in the Pampean area, ”said Viramonte.

According to the manager, “something that we are very interested in is showing producers is that achieving their first pivot is getting easier.” Along these lines, he added that “the investment is relatively cheap compared to what other types of agricultural machinery cost and the direct benefits obtained with irrigation. Many are surprised how much we put together and quote an irrigation project because in their heads they had considered that the value of the investment would be much higher ”.

From Valley Argentina, stated that this year there was a growth in pivot sales hand in hand with some key factors such as good commercial conditions: long-term fixed loans in pesos, exchange rate, commodity prices; search for greater efficiency of the irrigation system used in productions such as potatoes, peanuts, garlic, alfalfa, and sugar cane; great demand for corn seedlings that produce their hybrids under pivot irrigation; and search for the highest potential production yields, bearing in mind that the Argentine producer is very professional and demanding and seeks to improve himself day by day.