When the prince is no longer so blue 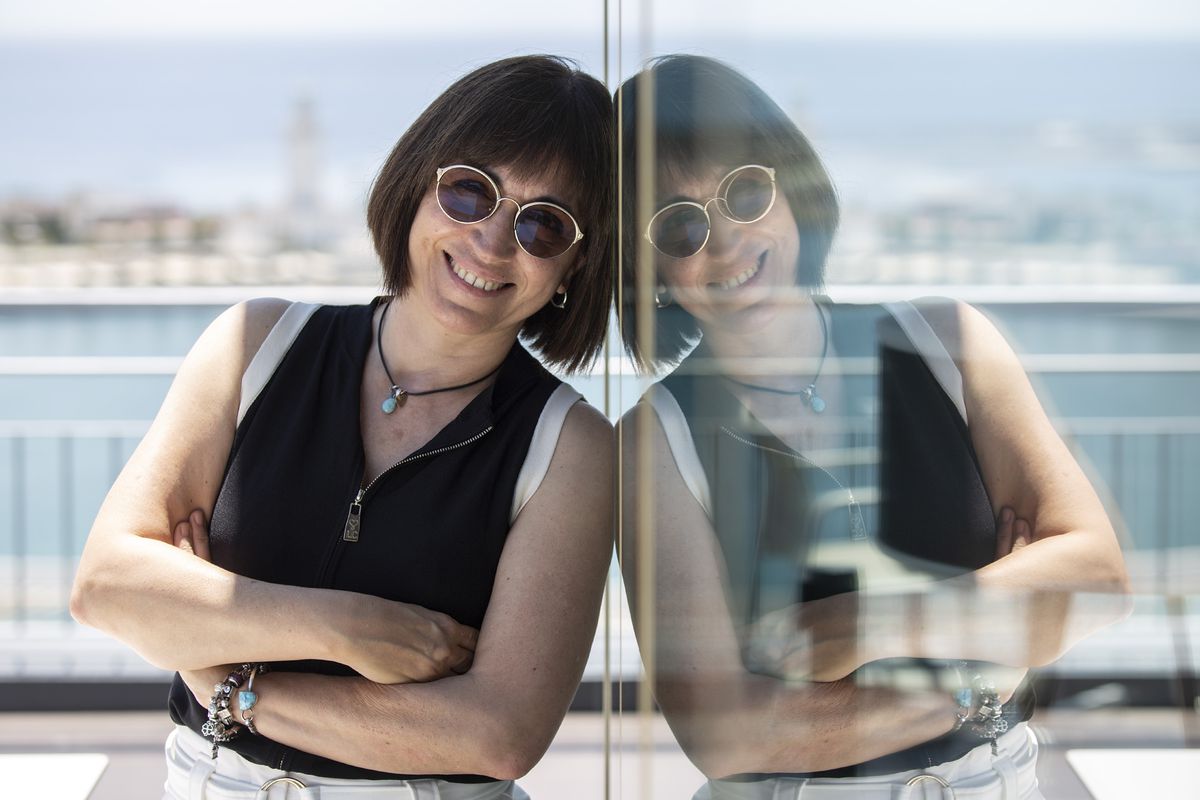 In the eyes of society, Manuel is a prince charming. Rich, famous, altruistic and successful conductor. In Aura’s eyes, he is responsible for having turned her life into hell, in a golden prison where she is beaten back. Until one morning he decides to take the step, go out, report, divorce, but his environment closes the exit doors. The friends, the priest or his family: the misunderstanding is absolute. Social hypocrisy than in this movie titled 15 hours it is framed in Dominican high society, but it could be transferred to any context, to our neighborhood, to our neighbors. “History sends a message: we have to help the victims, this affects us all. But it is also a reflection: to what extent would we get involved to help a person in this situation? What would we risk for her? ”Asks Judith Colell (San Cugat del Vallés, 52 years old), director of the film, which premiered this Tuesday in the official competition section of the Malaga festival.

It is 15 hours a commission. The Dominican producers Sterlyn Ramírez and Ivette Bautista planned a film that reflected the sexist violence of the high society of their country and they were looking for a Spanish director to tell it. Colell accepted the challenge, but worked side by side with the screenwriter Cira Valiño to bring the work to her land, to that intimate and authorial cinema that defines the Catalan’s filmography. The stake had more complexities: Ramírez worked as a producer, but also as a leading actress. For both it was their debut in production. “It was quite dizzying and it was quite a challenge for her,” says Colell, who during the four weeks of filming between November and December 2019 was surprised by the work of a first-time in front of the camera. So much so that it is Sterlyn Ramírez who manages to keep the film afloat during its 90-minute duration.

He does it more through silences and looks than from words. Because his is an intimate close-up portrait of a woman broken into a thousand pieces. And also of how society prefers to look the other way in order not to remove its own foundations, of open secrets that no one wants to reveal in order to maintain their status because Manuel —interpreted by Marc Clotet— is almost a god. A man with whom Aura, who was once happy, has become a person without a soul. And despite everything, she is able to turn against everything without raising her voice or, of course, her hand.

“There are those who have told me that it is a subject that has already been discussed many times, but you open the newspaper and there is always a murdered woman. We must invent new formulas to talk about this, but we must continue to do so. Each film will be a grain of sand to make it disappear ”, explains Colell, who recognizes the difficulties of creating author films that go beyond the strictly commercial. After two failed projects, the third has been the good one and he is already working on a new one also linked to the social, “although with a more open look.”

With her batteries charged, the Catalan director had lost track of the billboard in 2010, the year in which she won the Special Jury Prize in San Sebastián for Elisa K. Then he directed some work for television, such as The last dance of Carmen AmayaBut she had been away from the big screen for a long time. It has not been still, far from it. She was, for example, president of the Malaga Festival jury in 2015. The direction of the Audiovisual Communication degree at the Ramón Llull University has also filled her time, such as the years of “a lot of work” at the Academy of Arts and Sciences Cinematographies of Spain, first as vice president – she arrived with Yvonne Blake after the resignation of Antonio Resines – and later as a member of the directing specialty. He also joined the board of directors of the Acadèmia del Cinema Català, where he is now running for president. The result of the vote of the 520 members will be known on June 14, a couple of days after the distribution of biznagas in Malaga is known.

“People should be free to shoot in whatever language they want”

At 52, three decades after directing his first short film (Clara foc), Judith Colell aspires to preside over the Acadèmia del Cinema Català in a team with Sergi Moreno as vice president that includes names such as Carla Simón or David Verdaguer. Opposite, the director and screenwriter Neús Ballús, who is leading a candidacy where Sergi López acts as the right hand. “I think the time has come to put all my experience at the service of the Academy of my city,” says Colell, who affirms that his would be a “more horizontal” institution that will seek growth in members, the creation of work commissions. “To listen to everyone” and an analysis that serves to understand “why Catalonia has lost so much muscle”. “There are people who have to go to Madrid to work. The exchange seems fantastic to me, but we would like it to be voluntary, not because there is less production in Barcelona ”, explains the candidate. He talks about parity in all specialties and working from a gender perspective, as well as learning to live with digital platforms. It is also clear that Catalan should be one of the pillars. “The natural thing is to be able to shoot in Catalan, as well as in Spanish, Galician or Basque. People should be free to film in the language they want ”, he says.