When the mortgage ends up in court: all the disputes between banks and their customers 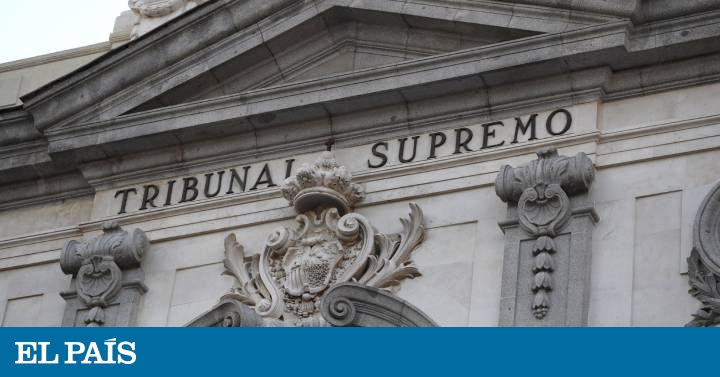 The last episode aired on January 5. That day the most recent decision of the Supreme Court on the abusive clauses of the mortgages was known. With a ruling dated December 15, the High Court once again agreed with the banks regarding the validity of the agreements signed between entities and clients, in which the latter waive legal action – and the eventual refund of money paid in excess – for the floor clause contained in your loan. This is only one of the many chapters – not even the definitive one – of the soap opera of judicial litigation on mortgages in which the Spanish banks are involved, and that, beyond the floor clause, concern aspects as relevant as the IRPH, the attribution of the expenses associated with these products, the appraisal and the multi-currency mortgage loans. At what point is each of these lawsuits, what are the last determinations of the judges in this regard and what awaits us in the coming months?

With two judgments of November 5, 2020, the Supreme Court established that the so-called novations – that is, the agreements between the client and the bank to eliminate or reduce the floor clause of the mortgage loan contract – are valid, except in the part where that customers waived future legal action in exchange for this change. The user had the possibility of requesting that all that he had paid in excess for the floor clause up to the date of the signing of the novation be restored.

However, with the sentence of December 15, 2020, the same judges considered that, if the waiver to sue for the floor clause appears explicitly in the pact that suppresses or lowers the floor clause, and is not only a formula applicable to Any part of the contract is considered to be transparent and, by the criteria already set forth by the CJEU, valid. Therefore, in these cases, banks will not have to return to their customers the overpayment for the floor clause.

“Now, to know if we are facing one assumption or another, it will be necessary to observe if the part related to the waiver of legal actions expressly contains a reference to the floor clause or if it is a generic manifestation such as’ waiver to the exercise of any action related to the mortgage loan ‘or similar ”, highlights Almudena Velázquez, legal co-director of the claims company Reclamador.

The case of mortgages whose monthly payment was returned to the bank in a currency other than that of the payroll or other income of the mortgaged (especially Swiss francs or Japanese yen) may be the only one for which users express full satisfaction . Following the doctrine established in 2017 by the CJEU, which considered that these loans can be classified as abusive when clients have not been properly warned of the risks they entail, the Supreme Court ruled that same year in the same sense.

During the financial crisis that began in 2008, the Swiss francs and the yen appreciated against the euro to such an extent that, when the Supreme Court’s ruling was known, those mortgaged in these currencies could claim the return of an average amount of 75,840 euros and 51,275 euros, respectively, according to calculations by the Association of Financial Users (Asufin). “In 95% of the cases, the Spanish courts have issued rulings in which the clauses referring to the operation of multi-currency mortgages are declared void because they are abusive and due to lack of transparency,” says Velázquez.

However, on November 27, the Supreme Court considered a loan of this type valid, because from the exchange of emails between the client and the entity it was deduced that the latter knew how multi-currency mortgages work. “Despite the negative result for the consumer, this ruling confirms the doctrine of the High Court: if the bank cannot prove that before signing the user knew the true nature of this type of loan and the risk to which it is subjected (fluctuation of the currency and its repercussion in the quotas and the borrowed capital), it is not possible to speak of a risk that voluntarily assumes and that cannot give rise to the nullity, but of lack of transparency ”, points Velázquez.

Through four judgments, the content of which was known on November 13, the Supreme Court declared that the clause that linked some variable mortgages to the Mortgage Loan Reference Index (IRPH), instead of the more common and cheaper Euribor, did not it was completely transparent, but it cannot be said that, therefore, it was abusive. By marketing these products, the banks did not violate good faith, according to the judges. A ruling that generated stupor and outrage among user associations.

“Practically all the courts of first instance are favorable to the consumer in IRPH cases, while the Provincial Courts are divided”, explains the president of Asufin, Patricia Suárez, who considers that this index “has to be eliminated not only from the contracts, but rather as a real alternative to Euribor ”. And he promises: “We have to continue fighting a tough battle in Europe.”

Before the judgment of the Supreme Court, the magistrate Francisco González de Audicana, head of the Court of First Instance number 38 of Barcelona, ​​sent six preliminary questions to the CJEU, which were admitted for processing on December 21. The magistrate asks the Luxembourg Court, among other things, if the publication in the BOE of IRPH Cajas – the one used when the banking system was divided between savings banks and banks – “saves the transparency requirements for all cases.” It also asks for clarification if it is contrary to Community consumer legislation to conclude that a clause is not transparent and subsequently carry out the abusiveness control, as the Supreme Court did.

Pending the resolution of the CJEU, this Monday from Asufin they again asked the Supreme Court for the precautionary suspension of the procedures on this matter. “The association has found that up to fifty appeals on IRPH have been inadmissible for processing even though the new clarifications required by the court of first instance 38 of Barcelona are pending to be known. On the contrary, the Supreme Court is admitting to processing the resources that the banks have lost ”, reads a note issued by Asufin. “This situation reminds me of what happened to the floor clause, when thousands of those affected lost the opportunity to recover their money because the Supreme Court declared that the nullity did not imply retroactivity,” says Suárez. “The European justice then corrected the criterion followed by the Spanish courts, but their sentences in many cases had already been final. The Supreme Court was forced to modify its doctrine, but for many the damage was already irreparable ”, he adds.

Following the CJEU ruling of July 16, 2020, the Supreme Court has been adjusting its doctrine and, despite having maintained that 50% of the notary’s expenses correspond to the consumer, on October 26 it recognized that the amounts paid in concept management, which until then also shared half between the customer and the bank, had to be returned 100% to the consumer, since no rule justified this distribution.

In this way, the user can request the return of the expenses that may have been incurred when he signed his mortgage, or when he signed its modification, novation or subrogation: half of those paid by the notary’s office, and the total in the case of the agency and the property registration fee.

Regarding the expenses for the valuation that is carried out to put a property as collateral for a mortgage loan, the Supreme Court’s decision in this regard is not yet known, although it was scheduled at the beginning of last November, according to Velázquez. In any case, this lawyer says she is convinced that, by applying the same criteria established by the CJEU, this expense also has to be fully borne by the entity and, therefore, be returned to the client, in the event that this I have already paid for it. “In fact, there are several places that follow this doctrine, such as Madrid, Ciudad Real and the last one, Oviedo,” he says.

Turn the page. This is the wish expressed for the future by the spokesman for the Spanish Banking Association (AEB), José Luis Martínez Campuzano. In his opinion, both clients and entities need “to resolve the different judicial interpretations that can generate uncertainty.” And he adds: “The Supreme Court has already settled many of these issues, starting in most cases from the responses of the CJEU”, so now “it is important that past litigation be overcome.”

On the contrary, in mid-January the Association of Financial Users (Asufin) filed a complaint against the Supreme Court before the European Commission. The reason? “For not having peacefully accepted the doctrine of the CJEU, maintaining a clear legal contradiction that continues to cause serious damage by introducing cuts, limitations or restrictive interpretations of the consumer protection criteria,” they say from the association.

Exclusive. Interview with Andrés Arauz, favorite of the second round of presidential elections in Ecuador

Super Bowl 2021: Buccaneers are not allowed to celebrate touchdowns with cannons

Tales from the Borderlands confirms its relaunch for next week