When teleworking gets tired 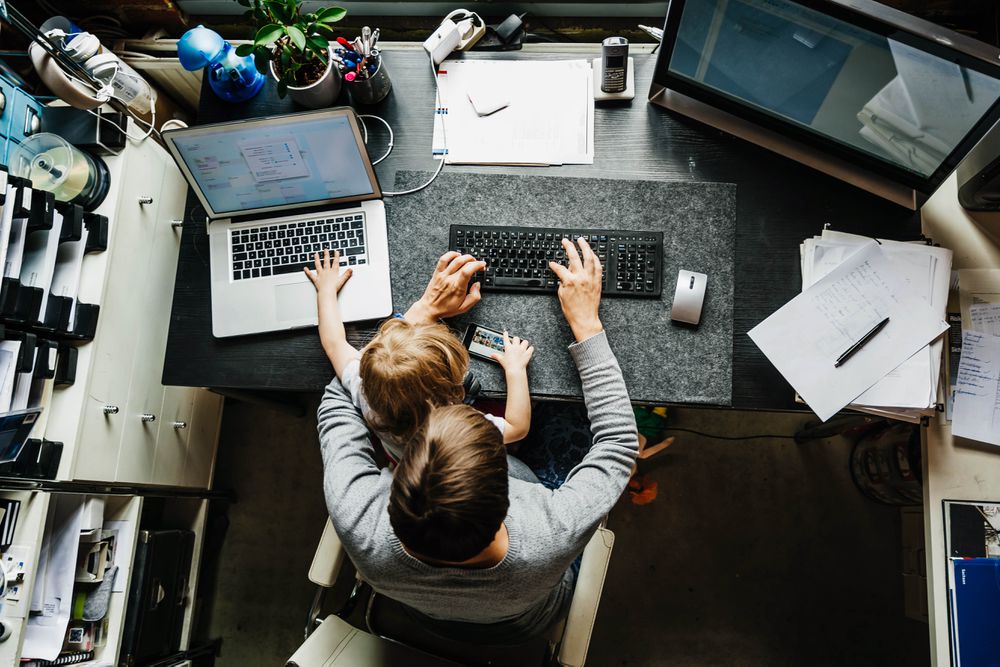 It’s all very crazy. I leave a meeting for Teams, while they cook the chickpeas and my children ask me to explain their doubts about their duties. I am tired of this situation. Of not coping. This is how Pilar, who occupies an intermediate position in a multinational company, sums up her day-to-day teleworking. And it hits the nail on the head because the main problem that employees who work from home are perceiving in the 10 months that we have been in the pandemic is the difficulty in separating professional and personal life. This is stated by 40% of the Spaniards surveyed by the Fiverr platform. But they are no exception in the rest of the globe.

Pilar is exhausted like half of the world’s workers, especially the youngest, according to a study carried out by Capgemini, which indicates that 56% of them fear stress as a result of permanent connection and resentment of your commitment and productivity. They are beginning to burn out, which raises questions about whether the productivity gains accumulated so far thanks to remote work – 66% of Spanish companies increased their productivity during the third quarter of 2020 by an average of 22%, above 18% international and second only to Germany – it will be able to hold for much longer. “We can be close to the limit”, admits Rocío Bonet, professor at IE Business School, especially in the case of people who need to interact with their team and especially among those who are entering the labor market or a new company.

The templates also complain about the disconnection with their company that arises from this new forced labor model. They feel isolated. It is done by more than half of the employees both in Spain and in the rest of the world. And one in four say they work longer hours than before the pandemic and find it difficult to keep a fixed schedule and not be distracted. Interestingly, they miss more meetings with the team they collaborate with to avoid that loneliness. According to Peggy de Lange, Vice President of International Expansion at Fiverr, “Organizations have to work with their employees to find the best way to help them with their remote work. There are still many areas that need improvement and they must be involved so that their staff can adapt to the new work system ”.

Communication is precisely one of the elements that have failed the most in the management of the crisis caused by covid-19, acknowledged Chris Dottie, general director of the selection firm Hays in the presentation of his Guide to the labor market this week. And what companies most regret. In fact, 40% of Spanish companies intend to improve it this year. In Dottie’s opinion, it will be through the human resources departments, which have acquired a lot of prominence in this pandemic, when job dissatisfaction has risen from 31% to 36% and has caused that about a third of those who have changed jobs They did it just because of dissatisfaction with their employer.

However, the vast majority of organizations – regardless of the study taken as a reference and whether it refers to Spain or the rest of the world – plan that a good part of their workforce will increase the remote work established before the covid in the next two or three years. Their reasons for this are to reduce the cost of rents, supplies and travel expenses and to increase productivity. “Almost all companies, from SMEs to large multinationals, are in the middle of the path towards adaptation, towards digitization. What is clear is that there is no going back and the future of work is here ”, De Lange appreciates.

According to Bonet, the decisions of Spanish companies on the implementation of a new hybrid work model are being delayed due to the current uncertainty. Many of them, he says, are giving themselves a six-month horizon to launch.

Meanwhile, the health and well-being of the workforce continues to suffer. Half of those surveyed by Fiverr indicate that teleworking has meant greater sedentary lifestyle and practicing less sport. A similar percentage, although somewhat lower, admit having headaches and muscle aches more frequently than before. Among the habits related to remote work that have harmed them, the following stand out: working late into the night, lack of physical exercise and eating unhealthy. Not surprisingly, one in three has gained weight.

The IE professor assures that this is one of the aspects that currently worries human resources directors the most. Social isolation creates emotional problems and there is a great level of stress.

According to a Cigna study, only a quarter of workers benefit from corporate health and wellness plans. And more than half claim them. The medical insurer assures that these programs are an investment; only those destined to the mental health of the workforce can achieve returns of up to 60 times the capital dedicated to them.

Although the employees surveyed by the freelance platform Fiverr declare that they have difficulties separating professional and personal life, and many of them have lengthened their working hours with covid-19, more than six out of ten consider that working from home them allows you to do freelance work in addition to your usual activity. It is an especially remarkable fact among Spanish women. 62% of them believe that the increase in telework productivity is decisive for accepting external assignments. Half of the respondents are open to doing this type of work due to the flexibility provided by teleworking, the reduction in wages they have suffered from the pandemic and the fear of losing their current position. Miguel Ángel Fernández is a professional broadcaster and since April he has added to his usual tasks the jobs that arise through the Fiverr platform. He is very happy, he assures that his salary has increased by 30% and that he did not imagine being able to work for everyone, for clients in China, the United States or Canada from his home in Alfaz del Pi (Alicante).