When it’s my turn to get the vaccine: answers to all the doubts to reduce anxiety 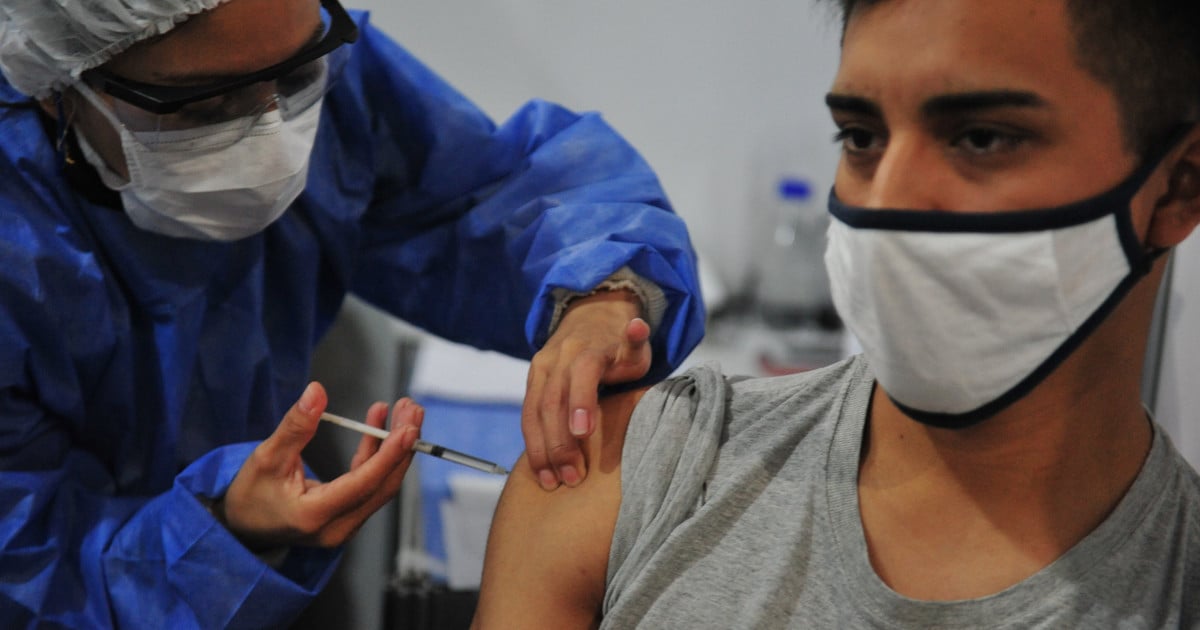 Wait for the date that corresponds, register, wait for the turn to arrive. In whatsapp groups, questions are multiplied, notices for the distracted to sign up. In the agenda set by the coronavirus, vaccines have become a priority since they began to be applied in January. And now that they have advanced towards a large part of the population, there is a recurring doubt: “when it’s my turn.”

At the beginning, when the batches arrived in a spaced out and dropper way, it could happen that, between the registration and the arrival of the shift, between 30 and 40 days would elapse, especially in the Province of Buenos Aires, which opened a general record for different priority groups, and then grant appointments according to the stage stipulated in the national plan.

The City of Buenos Aires opted for another mechanism. When it enabled the registration of older adults, it only allowed those who would be vaccinated to be noted. Thus, it was first by the over 80 and, once the doses were applied in the majority, he opened the registration to those over 75. And so it went down, every five years, until reaching the current stage: this Tuesday the registry was enabled for those who have more than 40 years.

Shifts in the City

Those who are 40 years or older, or are part of the group of people with previous illnesses, can register if they have not already done so. They have to enter the official site and complete the form (or call 147).

When the turn comes. The question asked by thousands of people waiting for the appointment to receive vaccines against the coronavirus. Photo: Lucia Merle

The established procedure is as follows: you should wait for a summons that arrives by email, WhatsApp and SMS, through the contact channels declared when registering.

Through a personalized link, the neighbor selects the date, time and place he prefers to be vaccinated. Then he receives a shift confirmation through the same communication channels.

What happens if the turn does not come? From the Buenos Aires Government they ask the neighbors that they do not re-register and that they check if they did not receive the messages in the SPAM (spam).

Vaccination against coronavirus. How to check if the data is correct to receive the turn. Photo: Maxi Failla

In any case, the sources explained, if time passes and they do not receive their turn, people can inquire about their situation by writing to consultavacunacovid@buenosaires.gob.ar or by calling the toll-free number 147.

In the Ministry of Health they explain that “the order of vaccination priorities is preserved.” That is, if on the same day a 70-year-old person, another 52 and one more than 46 years old, they will first receive their link to choose the turn the oldest.

East shift “sharing” it is done automatically by the system, which combines these variables. Namely, the order of priorities according to the stage of vaccination to which the person enrolling belongs and the vaccines available.

.This Tuesday, the Buenos Aires Minister of Health, Fernán Quiros, He said the district will change strategy and prioritize completing the second dose among those who have already received the first. These people will receive their turn with the same mechanism and the appointment can reach them even before the stipulated twelve weeks between the first and second vaccines.

With the arrival of more than 4 million vaccines, this week it seeks to accelerate immunization in the City and Province of Buenos Aires.

Since last weekend, the over 55 years old can be presented at any nearby vaccination center no previous shift to receive the first dose, just carrying your ID.

People from 18 to 59 years old, on the other hand, must express their intention to be vaccinated by leaving their data in the web vaccinatepba.gba.gob.ar or in VacunatePBA application and expect to be contacted.

Unlike what happens in Capital, all neighbors of legal age can sign up, whether or not they have previous illnesses. But the shifts are also granted as doses arrive in the country, and prioritizing the most vulnerable groups.

How should the turn come? When vaccines are available for their group, the enrollee receive a notification by email, by the app or by phone.

Vaccination in Tecnópolis. Where you can see who is waiting their turn to get vaccinated in the Province of Buenos Aires. Photo: Andrés D’Elía

“They are all getting vaccinated. If they didn’t call you, they are going to call him “, they respond from the Province before the delay in the granting of some shifts.

Also, entering the section “My data” of the app, or in the “Citizenship Portal” section of the website vaccinatepba.gba.gob.ar registrants can check if there are no errors in their personal data. They can also modify them there.

Finally, if the data is ok, it can be done a consultation on the case by calling the toll-free number 148, which is open 24 hours a day. Or by email to vaccinatepba@ms.gba.gov.ar.

The assignment also respects the priority of risk groups. More than 9 million people registered, progress also depends on the municipalities. It may happen that a district is vaccinated faster than in another with a higher population density, for example.

In the Province, after having almost completed the vaccination of health personnel and the elderly, they advance with people between 18 and 59 years of age with risk factors, security and education personnel. The next stage will include under 60 years without comorbidities that are already registered.

Those waiting for the second dose will also receive the notification. Or they can check both in the application and on the website if their turn came. In the province, 5,472,135 people received the first dose until the report this Monday. While 1,259,720 have already completed the scheme.

Like this week more than 4 million doses arrive in the country (between confirmed batches from AstraZeneca and Sinopharm), and an inflow of Sputnik VOnce the jurisdictions are certain of the available doses, they begin to send the shifts.

As for the Russian vaccine, both City and Province await the entry of the second component, since in both jurisdictions there are thousands of people who are reaching the stipulated period of twelve weeks between the first application and the second.