When a rental dress is the pinnacle of sustainable luxury 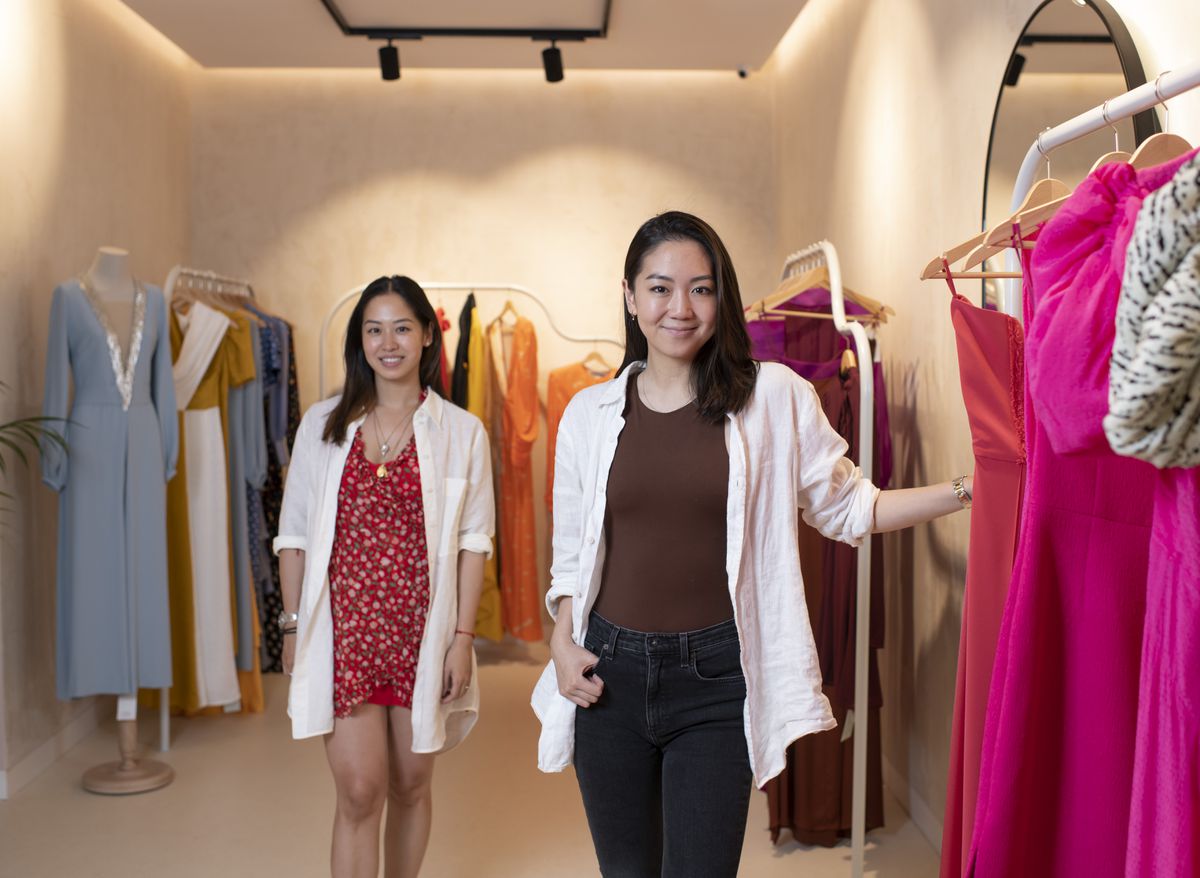 In Almirante, 4, in the brand new Borow store, everything smells new. Although it is not. The establishment does. Its shelves, hangers and posters shine, its mirrors are without a blemish, its floors shine. But despite being open for just a couple of weeks, the dresses are no longer new. They are used, and at the same time perfect. That is exactly the grace of Borow, the store of the enterprising sisters Eva Chen (31 years old and responsible for image and communication) and Joanna Chen (26, the CEO), of Chinese origin but Madrid by birth and third generation. “Our grandfather was the first Chinese who came to Madrid since the fall of Mao”, they say “He came to help our great-great-uncle in the Manolita Chen theater, but he did not like that union very much and he opened the restaurants on the Great Wall, the typical ones with rice, three delights, rolls … He was the one who implanted them here ”, they defend.

They follow that entrepreneurial streak now with this store that has the slogan “Your sister’s closet”, Your sister’s wardrobe, in a wink to each other and also to that confidence when taking the clothes of someone you love. The intention of Borow is that author and designer fashion is accessible, both in prices and sizes (they range from 32 to 42, even some 44, and they intend to expand according to demand), and also in availability. They are made with designer clothes and rent them for events, parties, weddings or whatever each one wants. Among its brands, from Victoria Beckham to Jacquemus, Reformation or Diane Von Furstenberg, through smaller ones such as Materiel or A / Raise. There are also a couple of Spanish women who have already trusted them: IÑunez and Encinar.

The rental has two options: for four days (for a graduation on a Saturday: you take it on Thursday or Friday, you return it on Monday) or for eight (a wedding in Rome: you leave more days, you do not want to rush to return it) . “They are beginning to ask us if we leave it for more days … we have to see it,” they look at each other, accomplices. They deliver it perfect and when they return it they include the dry cleaning service or some arrangement —that classic button that comes loose—, always small things.

“The intention is to make consuming fashion something more sustainable. And also so you can dress differently and being luxury garments there are more options ”, Joanna tells about this project that she has mounted after studying Business Administration and Management in London and going through multinationals there. He never had a doubt that he would do it with his sister Eva, who did Economics in California and who, following the tradition of her grandparents and her father, owns several restaurants with her husband. Together they have three establishments, two in La Pagoda (one in Félix Boix and one in dark kitchen for home deliveries) and Manolita Chen, in Castelló, in the Salamanca district. Although the idea of ​​Borow – whose name plays with the English verb to borrow, lend— was born before the pandemic, now it has been born “from his hand, and with the reactivation,” explains Eva. “It does not matter to us: we believe that now there is an even greater awareness,” he reflects.

For the user – everything is women’s fashion, that was always clear to them – doubts arise: what if it breaks down? They advocate putting it to a logical use, without fear. For something it is “your sister’s closet”. “People behave”, they confess. What if I run out of what I want? The Chen recommend reserving the garment in advance, give up to six months. In fact, a good trick is to go during the week, when the clothes are not borrowed. What if someone wears, oh, terror, the same dress at the same event? “We take note of what it is, if the client wants. It is something that is well received ”, they report, surprisingly. What if I want to keep it? Shy, they both smile. “No it can not be done. Not for now. We have little stockMaybe later we will do one-off private sales. But not. Besides, it goes against the idea ”.

Because for them the rent does not have to be something cheap or punctual. Both saw it in their stays in the United Kingdom and California, that the model was increasingly implanted and liked more. “It is like renting a house, or a car. He’s hitting hard. The same concept, but for a wedding ”. Eva and Joanna want to end the myth of “either dress sustainable or dress well”, and also break with the least ecological part of the fashion industry: throwaway, speed. “We want people to be proud of renting fashion”, the two sisters tell about this project. It is not about hiding at the wedding that that beautiful pleated red dress is for rent; upside down. It is a matter of showing off.