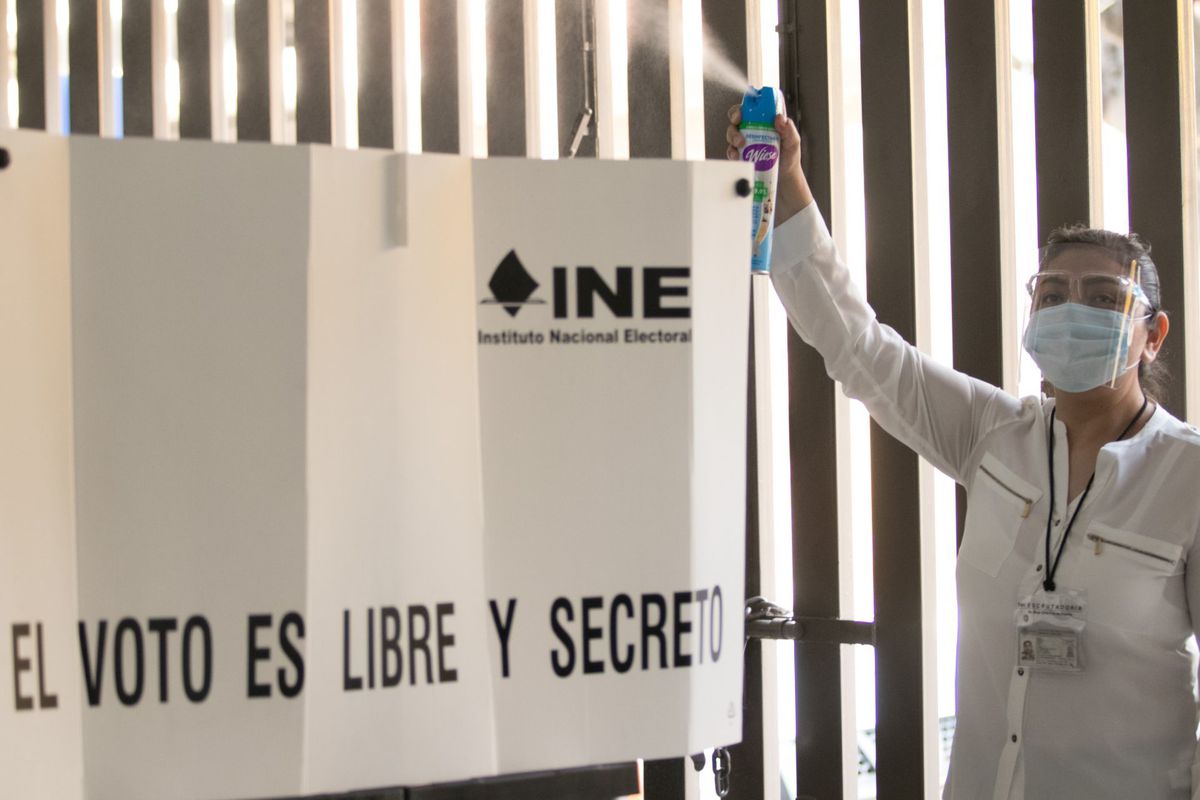 Around 93.5 million Mexicans registered in the Electoral Roll are called to the polls this June 6. They are summoned to elect thousands of local positions, the complete renewal of the federal Chamber of Deputies and the executive positions in 15 of the 32 states. In all these careers, Andrés Manuel López Obrador risks the future of his political project.

It is played in the short and medium term, because a good part of their room for maneuver for the approval of reforms, changes of key positions and implementation of policies depends on the disposition of federal majorities and regional powers. But he also plays it long, because the final settlement of Morena, the party he founded almost a decade ago, throughout the national territory will depend on the result.

What is at stake. There are 500 members in the Chamber of Deputies. Currently, Morena has an absolute majority with 256 of them. This is enough for him to handle the ordinary legislative process. The next echelon of power would involve obtaining a qualified majority of two-thirds of the House (from 334 seats) to seek reforms of greater ambition.

To this end, Morena has had to reach pre-electoral agreements with like-minded parties. To prevent this (that is, to ensure that Morena and his associates do not touch those 334 seats), the opposition has had to do the same. But these agreements must be articulated in different places, something inescapably tied to both the complex election system and the regulations imposed by the National Electoral Institute (INE) this year.

How to choose. Of the 500 members of the Chamber throughout the federal territory, three-fifths (60%) are elected in 300 districts by simple majority: as in the presidential election, the candidate who in each of the districts is the most voted, he achieves his seat. They are, in fact, 300 separate small elections.

In the remaining two fifths (40%) there are five separate elections in five large constituencies, which elect a total of 200 seats following a proportional system, not a majority as happens with the other 300. This system is based on lists presented by each party, so voters choose their list, not their candidate. You vote, then, for the party. As the constituencies are designed to contain a roughly even amount of population within each constituency, these 200 seats are distributed evenly among them, at the rate of 40 per constituency.

Who are the candidates. For these five large constituencies, the lists of each candidacy are made within each party. But in the other 300 districts where there is a simple majority, the current fragmentation of the Mexican party system encourages the search for alliances, particularly among like-minded formations that know they can steal votes from each other. Blocks increase the probability of victory, and promote the mirror strategy, of forming blocks to the other side. They do imply a resignation by the dominant parties within each bloc, because they would somehow be giving up part of their votes in the negotiation to ensure victories for their related parties, with the promise that later the coalitions will remain in force. the camera.

The resulting alliances have been as follows.

→ Together We Make History. From the ruling party, Brunette he forged this coalition. In 183 of the 300 districts they will present a coordinated candidacy. The formation founded by López Obrador closed the internal negotiation with head in 88 of the 183 candidacies. To his left, the Labor Party (PT) will compete in 50. Finally, at a very similar level, the Green Ecologist Party of Mexico (PVEM) will compete in 45 of them.

→ Goes through Mexico. In a more fragmented environment due to the lack of a dominant party, the old parties will present a coalition against the ruling party in more districts: 219. The division is equally even between the Institutional Revolutionary Party (PRI), the conservative National Action Party (BREAD), and the old center-left of the Party of the Democratic Revolution (PRD): 77, 72 and 70 candidates will lead, respectively.

Outside the coalitions is the Citizen Movement (MC), in opposition to the ruling party but also to the old politics, and that therefore decided free candidacy, with the risks of losing seats that this implies in places where competition occurs between coalitions.

If in the federal elections, Morena plays his allied power for the remainder of López Obrador’s term, in the governorships this party (and the others) seek to consolidate or defend the territorial power they have.

What is in game. Almost half (15) of the 32 states that make up the United Mexican States will submit their chief executive officer to an election.

Eight of them are in the hands of the PRI; four, from PAN. Only one, Baja California, is found under the mantle of MORENA. Another (Michoacán) is from the PRD and still another is independent (Nuevo León, where the current governor and little successful presidential candidate Jaime Rodríguez Calderón is located. The Bronco). Against this background, Morena sets the objective of ending the election with a positive balance, reducing the implantation of the old parties.

How to choose. These are one-round votes that are won by a simple majority of the candidate with the most support, just like the Mexican presidential elections.

Who competes. Faced with the possibility of an expansion of Morena, PAN, PRI and PRD consolidated eleven coordinated candidacies under the same umbrella of “Going for Mexico.” In two others (Guerrero, Nuevo León) there is a PAN-PRI alliance; and in Chihuahua, PAN-PRD. Querétaro is the only state without coordination between the opposition.

The ruling coalition, for its part, is also presented in a coordinated manner at 14 out of 15; except Querétaro. In all the candidacy it puts Morena, except in San Luis Potosí, where it is from the Green Party (PVEM). At the state level, in addition, “Juntos Haremos Historia” has the support of other minority parties, such as Nueva Alianza.