What will the Maradona Cup 2021 be like: guaranteed classics, playoffs, penalties, no relegation and the VAR? 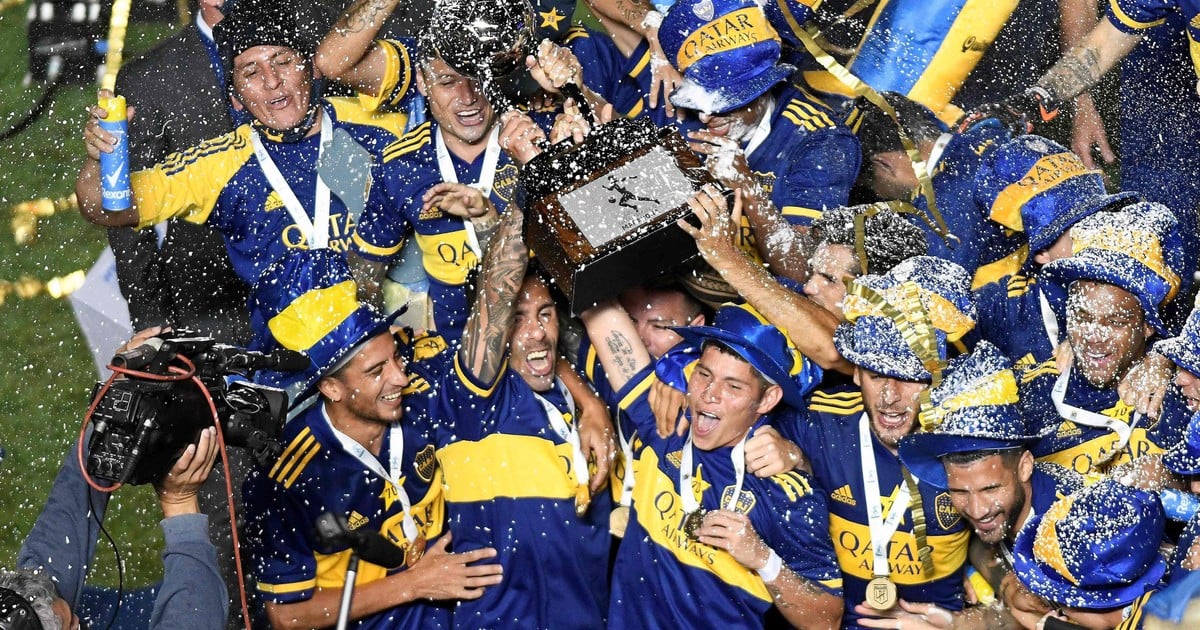 The final that Boca won against Banfield in San Juan put an end to the 2020 Maradona Cup and the post-quarantine transition season in the highest category of Argentine football that will only have action again in mid-February.

And the Professional Football League headed by Marcelo Tinelli has already designed what Argentine football will be like in 2021. After this initial Maradona Cup, a year will come that will have two tournaments with two completely different formats: classics, playoffs and penalties and the VAR? in the first semester and short-long championship in the second. The declines will not return for now, but it will be added for the averages. And there will be a general table to give places to the international cups -Vélez and Banfield will fight yes or yes for a place in the South American 2022-.

Then the detail on how Argentine soccer will be played in the highest category in the year that is about to begin. AND, as always, it will take an instruction manual to understand it.

The first tournament will be a new edition of the Diego Maradona Cup 2021, the LPF will hold the tribute to the deceased idol on November 25. It will have the participation of 26 teams -the 24 now, Sarmiento de Junín and the one that wins the reduced one by the second promotion from First National-, will be played from February 14 and will have the particularity of being played with playoffs, at NBA style or, to take it to soccer, like the Mexican league or the MLS.

There will, in principle, a regular phase in which the teams will be divided into two zones of 13 and the classic rivals (Boca-River, Racing-Independiente, San Lorenzo-Huracán, Newell’s-Rosario Central and Banfield-Lanús, among others) they will be separated. They will play on a single wheel, all against all, with the addition of the interzonal classics dispute (one per date). This stage will end on May 9.

After the 13 regular phase dates, the heads-up matches will begin. The first four of each group will advance to the “postseason” that will begin the second stage, the quarterfinals. They will be defined, like the semifinals and the final, a single match in the stadium of the best located team in the regular phase. But there is a peculiarity, they will do it in a cross way. The duels will be like this: 1st of zone A vs. 4th from B, 2nd from A vs. 3rd from B, 3rd from A vs. 2nd from B and 4th from A vs. 1 ° of B.

If there is a tie after 90 minutes there will be a penalty shootout. The winner of the final, which will be played on May 30, will be consecrated champion of the Diego Maradona 2021 Cup and will be awarded a place for the 2022 Copa Libertadores.

The possibility is also being studied that with this new tournament VAR arrives in the Argentina. Video refereeing assistance is in its final phase of implementation, the only thing missing is the homologation by FIFA towards the training of local judges. It is estimated that they will work from the AFA complex in Ezeiza, except for the exceptions, where the optical fiber does not reach and they will take a mobile VAR cabin.

The pass book will be open until February 11 and the five changes per game will remain in effect, as established by the International Board in times of coronavirus.

And the second semester?

The second semester will start on July 18, one week after the end, if played, of the Copa América 2021 that will be played in Argentina and Colombia. Players can be incorporated up to three days before.

There will be 26 participating teams again, but it will not be a cup, but it will be a league in which they will play all against all, in one round, over 25 dates. Yes, a short and long tournament at the same time due to the number of participants. Yes, again close to 30 and against the most competitive leagues on the planet that have between 18 and 20 participants. The monstrosity that Julio Grondona bequeathed, far from being deactivated, does not lose its validity.

The tribute to Diego Maradona by the local soccer authorities on his birthday. Photo: EFE.

With no declines at stake, although it will be added for the averages – the same as will happen with the regular phase of the cup of the first semester -, the tournament will end on December 12 – on the date of the legislative elections it will be played between Wednesday and Fridays before the elections.

If there is equality in first place, as has happened lately, there will be a tiebreaker. The champion will also go to the Libertadores 2022, as well as the champion of the Copa Diego Maradona 2021 and those located in positions 4, 5 and 6 of the sum of the tables of the entire season -the two semesters- will also go to Libertadores . The qualifiers for the South American 2022 will come from the same table.