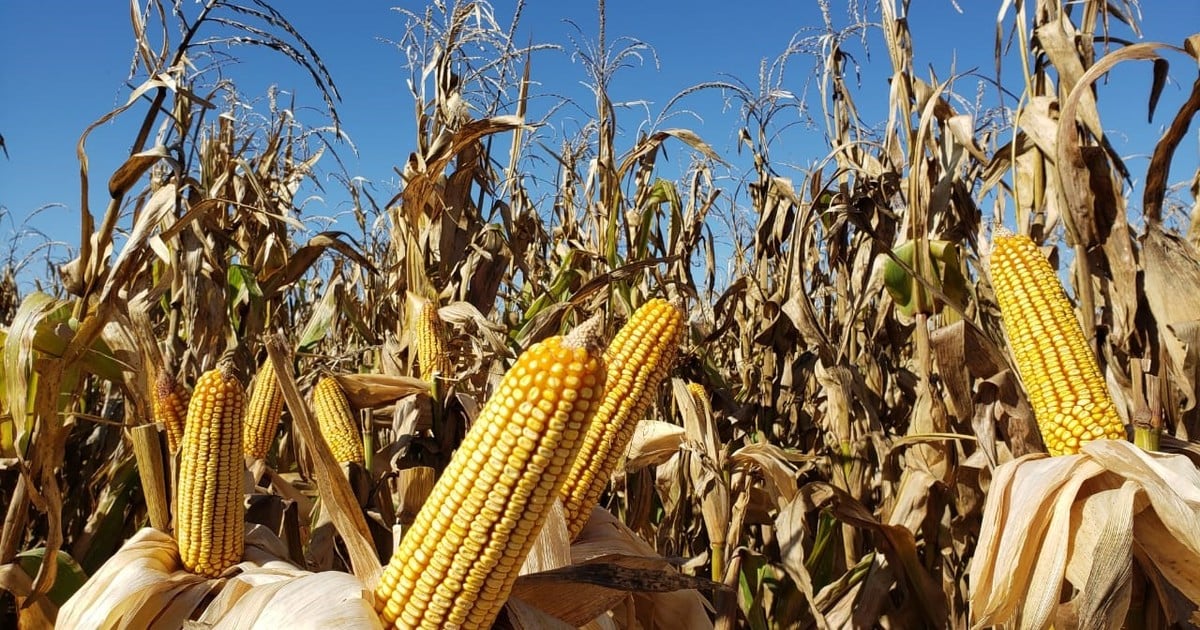 Good morning, one more week of 2021 has left, in which we continue to experience contradictory feelings. Harvesting of summer crops has started firmly, we have a 7.20% harvest advance in Soybeans and 14.20% in Corn. We are clear that prices help, while yields in many regions are highly variable in Soybeans, although somewhat more stable in the first batches of Corn and in many areas well above the averages. But on the other side of the same court is the macroeconomic and social context local, whose situation is tense day after day, on the POVERTY-ECONOMIC ACTIVITY-COVID 19 tripod.

But we go in parts so as not to get bogged down in the conjuncture variables salad. We usually suggest, manage the commercialization of grains by observing and analyzing very closely the context in which our business is developed to execute commercial and financial decisions accordingly. Being in full harvest, it becomes even more imperative to concentrate on making decisions. The end of the campaign is usually seen as an arrival point, but simultaneously constitutes a new starting point.

FOR THE UNITED STATES… Corn sowing for the 21-22 season started; Until last week, a 4.00% advance was reached, which is within the averages for the date, although the moisture shortage in important part of the center of the North American agricultural belt. As seen in the map below, central and northern Iowa, central and southern Wisconsin, northeast Illinois, northwest Indiana, northern Ohio, and the entire state of Michigan are in “Abnormally Dry” condition. . Of course, in that country the sowing advances from South to North, which is why the current situation in agronomic terms is not so relevant In any case, it begins to worry more than one that this situation of humidity shortage is prolonged in time.

Regarding this factor, the suggestion is to follow it closely to take advantage of potential additional price spikes motivated by purchases of speculation that could occur; although in productive terms the evidence shows us that, despite severe delays in previous campaigns, the final damages have not been as serious as previously estimated. In the campaign that begins we must be especially attentive to the evolution of the climate, since In terms of Supply and Demand, the situation is at the limit of fairness, very particularly in soybeans, which need an exceptional campaign not to run out of stocks, to maintain demand as in 2020.

Meanwhile, in financial terms also in the North country, the friend Jerome Powell continues to work at full steam in the engine room of the Federal Reserve, issuing dollars and buying assets non-stop since February 2020, in order to continue reducing unemployment and normalizing local economic activity, hit by COVID during the last 14 months. So far and since that month, no less than US $ 3.63 billion have been turned over to the local market, increasing the assets on its balance sheet by 87%. The consequent weakening of the dollar in the world during 2020 gave us a very important hand on the price of grains, a weakening that was reversed during the first 3 months of the year and has resumed the original path during April. On the world of agricultural products, without a doubt that a persistent weakening of the greenback in the world would constitute a positive variable on prices.

FOR BRAZIL … These days and from the growing shortage of available Corn, current international prices and the lateness of sowing Safrinha Corn (sown after harvesting the 1st Soybean), the forage reached in its domestic price the 100 Reais per bag (60 kgs.), That is, it is close to U $ D 300 / tn. As if this were not enough, a certain lack of moisture begins to appear in the corn that its first phenological stages pass and its agronomic evolution begins to be unknown. We repeat just in case, that this Corn constitutes 80% of the Corn of Brazil, which is why what happens with the rains during the next few weeks will be decisive.

Minister Martín Guzmán is trapped in the middle of the fourth month of the year between Real Inflation well above what is necessary to meet the 29% projected in the 2021 Budget; value that at this point becomes impossible to achieve. At the same time, it is difficult for him to finance himself in the local market to continue paying maturities in this area and he is far from achieving refinancing with the Paris Club and the IMF; while the pandemic asks him to continue assisting with monetary issuance to society. It begins to be read between the lines and it is ratified with numerical data that the only tool with which we will try to contain inflation is to tie up the Wholesale Dollar as much as possible, even assuming the negative consequences of the exchange rate delay, while we go through this complex electoral year.

In full harvest in most regions, the question is recurrent: What do we do in this context with the grains that we are picking up? And here are several paths that we will try to summarize briefly, in descending order of priority. Not without first remembering that we started budgeting this campaign in March 2020 with Soybean U $ D 218 / tn Position May 21, that is to say that we have raised the cost by U $ D117 / tn to the current U $ D335 / tn. Something similar happens in Corn, the position started to trade on July 21 in May 2020 with U $ D120 / tn, rising U $ D 80 / tn to the U $ D 200 / tn that there was last week.

For those who have come here with accounts payable for this season, without a doubt, the Product to choose to do so should be Corn. This suggestion stems from the potential clamp in which forage is trapped in Argentina, in a context that continues to be as bullish in the world as it is uncertain in the local context in terms of the potential intervention of the government in power. Whether we like this type of government effort or not, it has the recurring view that prices are controlled by the police and by restricting exports, and made it explicit last week with the meat market. For this reason and once again appealing to the most important trio of Commercial management, Order-Discipline-Pragmatism is that we suggest very, very firmly use Corn as a means of payment in the current context and observing the result that these quotes allow to obtain.

The question about how to buy appears recurrent in the meetings and there we return to the description of the local context; recalling additionally what happened during 2014, as part of the 14-15 campaign. Perhaps the soul of a reader hurts to bring that campaign to the present, but it happened that, with the current governor of the province of Buenos Aires in the Ministry of Economy, between January 1 and 22 of that year the dollar rose from $ 6.55 to $ 8.00. Of course, with this rate of increase in our sector, many suggested that by December it would be worth more than $ 25.00. For this reason, there were many, but many productive loans taken at 30% or 40% or 50% Annual Interest Rate in Pesos, hoping that the devaluation would liquefy these debts. Well, the expected devaluation never came, the dollar closed the year at $ 8.55 and as if that were not enough, Corn and Soybeans lost about U $ D 30 / tn; which is why the loans taken were very expensive that campaign.

In the current context, and beyond that exchange rate tension is more present than ever and as present as ever, we suggest taking advantage of the excellent prices of the Corn that is already being harvested to buy all the inputs of the incoming campaign. As a bargaining chip, it is excellent because it has still risen above many inputs, including fertilizers, which is why any input expressed in kilos of Corn continues to be cheaper than the average of the last 11 years. Exceptional Input / Product ratios for foragers, that we cannot let go of to tie up all the purchases of the coming season, avoiding increasing the burden of indebtedness 21-22. Walking with a light backpack of debts during the coming season could give us peace of mind later … And for the products that we do not sell for the purchase of supplies or protection of value, reality screams at us to put Price flats buying PUTs in Corn and in Soy. It is valid for July, it is valid for December or November, respectively; we like to play shorter, with higher floors on July 21, there is always time to role-play towards the end of the year.