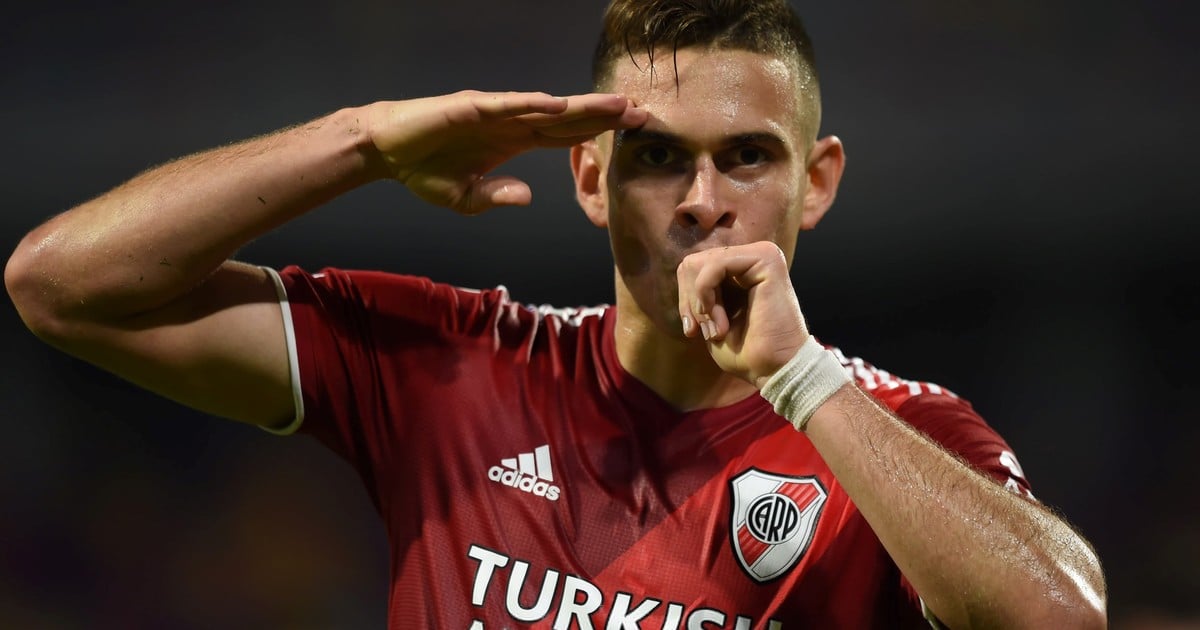 River is still expectant with the situation of Rafael Borré. The Colombian’s contract ends on June 30 and not only has he not renewed, but he has not defined where he is going to play next season. In Núñez they are enthusiastic about the chance that the scorer of the Marcelo Gallardo era will continue with the red band on his chest. That is why a strategy that they handle with caution is analyzed because it could lead to a legal conflict with Atlético de Madrid, owner of the other half of the pass.

Time passes and Borré still does not define his future. For now, there was no agreement with River because the differences between what the player intends to receive in terms of salary and bonuses and what the club offers are large. Neither did the Colombian accept offers from other clubs. He discarded that of Palmeiras and Gremio dropped out of the negotiation due to the delay in the forward’s response after the millionaire offer made to him from Porto Alegre.

Borré is still waiting for an offer from Europe. But it does not come. Neither Lazio, nor Celta de Vigo, nor Brighton, the clubs that were interested in him, made him, so far, a formal offer. And time passes, tick-tock, tick-tock… So, if Borré does not sign with any club, on July 1 he will be free. And in River they think that from that date they will be able to bring a better offer to the Colombian. It is that by that date they would no longer have to pay 3.5 million euros to Atlético de Madrid, a clause that appears in the contract as a condition without qua non to be able to carry out the renewal. It is that the forward will also stop belonging to the Spanish club.

If this situation occurs and Borré, in a free condition, fixes his continuity in River, Aleti could go to FIFA to file a claim for the money that is signed in the clause. But that contract will no longer be effective. Sports law specialists, when consulted by Clarín, affirmed that River may be exposed to litigation, although Núñez’s club would have the upper hand because the hypothetical case would be within the framework of legality.

Atlético could report him to FIFA for generating a simulation to harm him and, perhaps, a break in relations with the Spanish institution. It is not a minor thing: the leadership tried to be prolific on these issues and Rodolfo D’Onofrio established links with several European club presidents. In order not to reach this effervescent point, they will first try to reach a negotiation with their Atlético de Madrid peers, with whom they already had talks while negotiating the possible renewal with Borré. It is that River never speculated on this topic. There were four meetings of D’Onofrio with the player’s Argentine representative, Hernán Berman, who has the power of the Colombian businessmen who manage Borré’s career. In addition, the Spanish have a buyback clause to repatriate him for 7 million euros, but they never wanted to use it.

In the Regulations on the Statute and Transfers of Players, a point that could favor River is explained: “The main holder is not obliged to permanently renew the validity of the relationship with the player through the conclusion of new contracts before the expiration of the term of the previous one. Indeed, the co-owner knows very well that his right ends with the expiration of the term of the current employment contract at the time of agreeing its percentage with the main owner. If he renews his employment relationship with the player through a new contract signed before the original expires, it will be better for the co-owner, but it is not a benefit –that renewal– that is required from the main holder ”.

🎥 This is how River’s second came: a great collective play, a new assist from Álvarez and the definition by Rafael Borré 🇨🇴💪pic.twitter.com/6yg5x6VwEF

For the moment, River leaders are silent on this issue. They feel that they made the efforts to achieve a renewal and that the ball, now, is at the feet of Borré, who on Friday in Santiago del Estero cut a 290-minute drought without converting. In the win (5-0) of the Gallardo team against Central Córdoba, he converted two and thus reached 54 goals with the red band. Meanwhile, the forward still does not define his future.

The antecedent that would favor River

In Argentine football, a similar case already took place 10 years ago: the judgment that Central Español of Uruguay made against Vélez in 2011 for the sale of Santiago Silva to Fiorentina of Italy.

Silva went from Central Español to Gimnasia La Plata in 2006 and the Uruguayan club retained 50% of the economic rights. Later, he was transferred from Gimnasia to Vélez in 2007 and the Uruguayans chose not to receive any amount and keep their percentage. And in 2010 came the conflict. The forward’s contract with Vélez expired and, days later, they signed a new two-year bond, which was interrupted when in August 2011 he moved to Fiorentina, which made use of the termination clause of 2.5 million dollars.

Then, Central Español claimed to Vélez the percentage of co-ownership that it believed was corresponding to him. From Liniers they answered that “the rights had previously been extinguished and, therefore, at the time of transferring the player to the Italian club, it was entirely their property”.

Consequently, the Montevideo club appealed to FIFA to get their percentage and had a favorable ruling, since Vélez was ordered to pay him 1.25 million dollars plus interest. But the Argentine institution appealed the decision before the CAS in Switzerland and, after a judicial process of high procedural and legal complexity that lasted more than a year, reversed the situation, the FIFA decision was annulled and the Uruguayans were sentenced. to assume all the costs of the process.

Velez’s position was validated by the CAS, which recognized that it acted in good faith. “The right of Central Español to 50% of the income derived from the future transfer of Silva was subject to the validity of the first employment contract between the player and Vélez. Central Español was fully aware of this circumstance when signing the co-ownership agreement, which did not contemplate at any time the obligation of Vélez to transfer Silva to a third club before the expiration of the first employment contract nor the obligation to extend the employment relationship as many times as necessary until the player was finally transferred to a third club ”, highlighted the highest sports court.

“Central Español did not show to have acted with the minimum diligence or to have required Velez information on the contractual situation of the player despite being perfectly aware of the expiration date of the employment contract,” was also added from Switzerland and the view of “Fraudulent council” that had been raised from Uruguay. Why? Because the CAS considered that for Vélez “it was impossible to prevent the employment contract from expiring due to the consequent offers from other clubs due to the outstanding performance of the player” and, therefore, he had to sign a contract with superior conditions and set a termination clause Low by the demand of the player, who finally ended up drifting in his departure to Italy despite the fact that Liniers tried to retain him.

A situation similar to the one that River could live with Borré.