What is known about the Spanish filming of Wes Anderson

The director shoots his new film in the Madrid town of Chinchón in the most absolute of secrets and with a cast of heart attack that includes Tom Hanks, Bill Murray and Scarlett Johansson

The film that Wes Anderson is shooting in Chinchón (Madrid) constitutes one of the great cinematographic secrets of which nobody lets go. A multi-star cast at the Parador Nacional, inaccessible to people outside the production, local businesses (even a pizzeria) working for them to whom a confidentiality contract forces them to keep their mouths shut. Even inhabitants of the place hired as figuration, who do not loose garment … Until now it is easier to list what is not known about that shoot than what we know.

Chinchón, 60 kilometers from Madrid, famous for its anise and for being the birthplace of José Sacristán, is also an eminently cinematographic place, not in vain hundreds of films have been shot in its wonderful square. To name only the great international blockbusters, there Orson Welles shot shots of ‘An immortal story’ and ‘Chimes at midnight’, Michael Anderson from ‘Around the world in 80 days’, Nicholas Ray from ‘King of Kings’, John Sturges from ‘The Magnificent Seven’ or Henry Hathaway from ‘The Fabulous World of the Circus’. Now Wes Anderson (‘The great Budapest hotel’), who also signs the script, has chosen the location to shoot his new film of which the title is unknown. 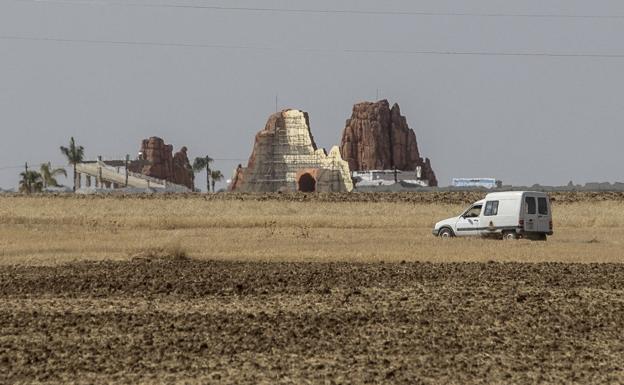 The sets of Wes Anderson’s film in Chinchón.

What is known is its multi-star cast that increases every day: What at the moment is known as ‘Wes Anderson’s Untitled Project’, which has been filming for two weeks, has Tom Hanks, Adrien Brody, Bill Murray, Scarlett Johansson, Tilda Swinton, Margot Robbie, Jason Schwartzman, Bryan Cranston, Liev Schreiber, Jeffrey Wright, Hope Davis, and Rupert Friend; with most he has already worked on previous films. Not all will pass through Chinchón at the same time, but part of the cast may already be installed in the town.

Among the decorations stands out a huge diorama representing the Grand Canyon of the Colorado, crossed by a train track and with a station in its center. Also a desert, recreated in a huge plot whose owner has bought the melons from the vineyards that he had, to be able to transform the place into a wasteland, and there are roads cut off because they have been installed decorated like mountains of desert rock or cacti .

There are many rumors about how Anderson has landed in Chinchón. Apparently, originally the filmmaker, who has been living in Paris for a long time, had thought of Rome as the setting for his new film, but it has been said that his great friend Tilda Swinton created a link between Almodóvar and the American, and the Manchego suggested he cast a look at Spain. 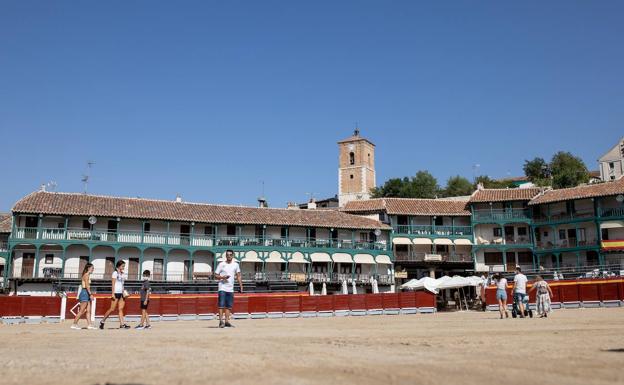 Wes Anderson (Houston, Texas, May 1, 1969) made his feature film debut with “Bottle Rocket,” a long version of a previous short film he had written with Owen Wilson and produced by James L. Brooks. Among his films are ‘Journey to Darjeeling’, ‘The Tenenbaums, a family of geniuses’, ‘Moonrise Kingdom’, ‘Fantastic Mr. Fox’, ‘Rushmore Academy’, ‘Life Aquatic’ or ‘The Grand Budapest Hotel’. Currently, ‘The French Dispatch’ is pending release, which has been shot in France and will be titled ‘The French Chronicle’ here.

The filming will last until November 1, or at least it is until that day when the rooms of the Parador and numerous rural houses are rented. Salmerón waits in Linarejos for a rival “who will be aggressive”