What is Europe’s plan to store gas before winter? 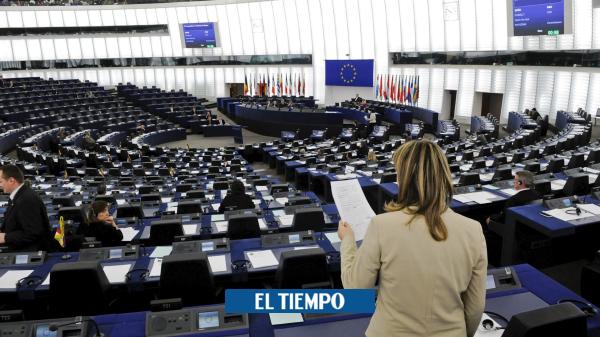 The European Parliament (PE) approved this Thursday a plan to accelerate the storage of natural gas in the countries of the European Union (EU) before winter at the end of the year with the aim of protecting homes and businesses in case Russia decides to suspend supply in retaliation for economic sanctions for the war in Ukraine.

(You might be interested in: Ukraine: Zelenski is confident that the country will gain entry to the European Union)

Approved with 490 votes in favor, 47 against and 55 abstentions, the new regulation aims to “shield” the reserves against “external interference” and sets as a goal that the strategic gas reserves are at least 80% of their capacity before November 1, according to a statement from the European Parliament released this Thursday.

(You might be interested in: NATO: they will set a new strategy against the global threats of the future)

The plan, already agreed with the Member States, classifies gas storage facilities as “critical infrastructure” and emphasizes the need
that the Member States diversify their sources of supply and promote energy efficiency measures.

See also  HS Espoo | Coltrane Hassinen from Espoo has nine permanent diagnoses and dozens of different medicines, and now she has to rethink her housing arrangement: “No one dares to take responsibility for me”

The text -adds the statement- asks the EU countries to “make an effort” to reach 85 percent of the reserves and establishes that, as of 2023, the objective to be met will be to reach 90 percent.

On the other hand, the agreement between MEPs and countries includes the request made by Spain and Portugal so that liquefied natural gas (LNG) reserves should also be taken into account when calculating the level of storage.

In addition, all gas storage infrastructure operators will have to undergo a new mandatory certification designed to reduce risk
from external interference, according to the statement.

Fuel prices in Germany on the rise, in the face of the energy crisis due to the war in Ukraine. (File, Archive)

In this sense, operators that do not obtain this certification will have to relinquish ownership or control of any storage facility for
gas in the EU.

See also  Chilling. Man dug up bodies of 29 girls and turned them into dolls he lived with in Russia

“The regulation responds to the current situation. Gazprom uses energy as a weapon, so we equip ourselves with a protective shield. We will also not have someone who uses energy as a weapon in command of our storage facilities,” he said.
EPP MEP Jerzy Buzek, who heads the European Parliament negotiating team.

Buzek also added that member countries will be able to start “formally” with joint purchases of natural gas.

For his part, the EPP MEP Cristian Busoi, rapporteur and president of the Committee on Industry, Research and Energy, defended the new law and assured that its entry into force “encourages” “solidarity” in the EU.

See also  Ukraine crisis: alarm in America because of Scholz

The regulations contemplate that these mandatory levels of reserves expire on December 31, 2025 -although the mandatory certificates will continue to exist after
of that date – and includes specific exceptions for Cyprus, Malta and Ireland because they are not directly connected to the gas system of other Member States.

The total underground storage capacity of the EU is 1,100 terawatt hours (TWh), which is about 100 million cubic meters distributed in 160 installations in eighteen Member States.

Nevertheless73 percent of the bloc’s gas reserves are concentrated in five Member States (Germany, Italy, France, the Netherlands and Austria).

-Ecuador: indigenous and government measure forces and fuel protests in cities
-Video Shows Cops Were Passive While Shooter Killed Children
-The joke of the Mexican president to those who say they will leave Colombia

Air Twister will be available from tomorrow on Apple Arcade