What is coltan and why is it such a sought-after material? 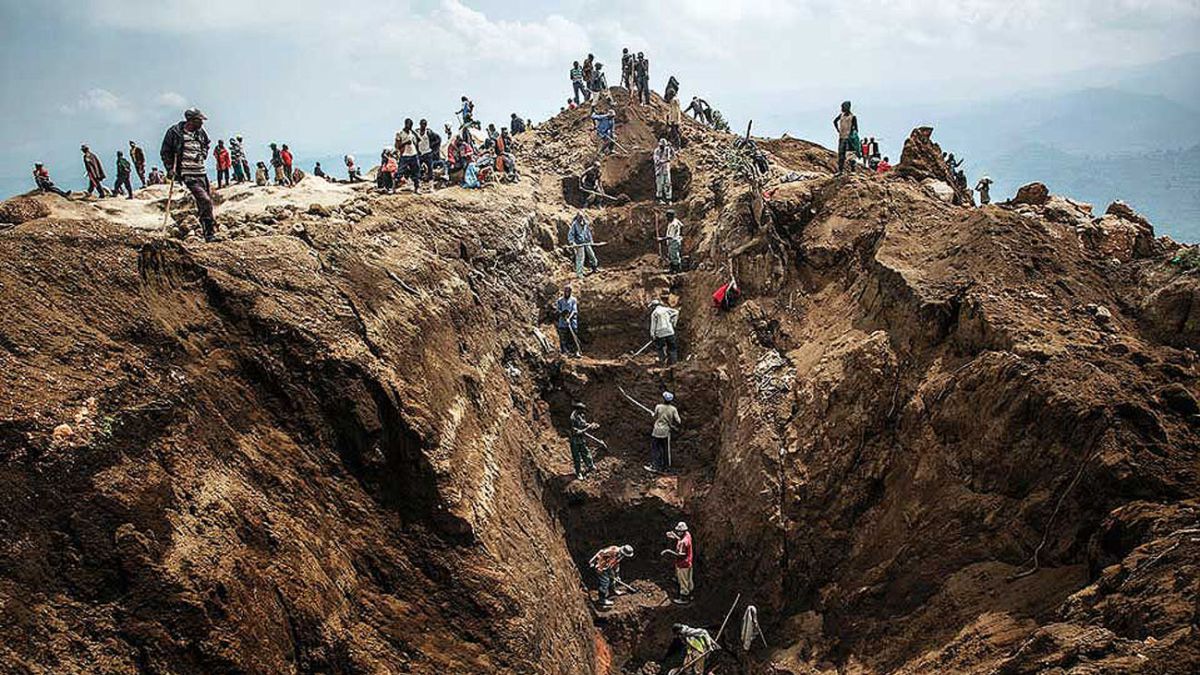 Coltan is present in our daily lives: smartphones, tablets, GPS, computers, weapons, the aerospace industry, in surgeries … they all need this mineral, which is the union of another two, Columbite and Tantalite. 80% of the coltan mines are in the Democratic Republic of the Congo.

And this precious mineral is also the source of armed conflicts and human rights violations. According to UNICEF, there are about 40,000 minors working in the mineral mines in the country.

Coltan has led to the emergence of not only a black market for the mineral, so that it is not associated with the multiple accidents that occur in its mines (with hardly any security and where if someone dies the extraction is not stopped, some of the mines are in fact called mining pits), where this black gold is required to have certificates of authenticity. Those who know the area know that If you go to Rwanda you can find coltan with papers, where it is certified that all extraction and production work has been done following rules and the worker has been protected.

Amnesty International states, however, that 80% of the companies that buy coltan do not know the origin of the minerals they used, so if these came from war zones, called blood minerals, as they are known, they did not know. At least officially. Only 4% of the 1,800 companies that AI analyzed confessed that they bought coltan from DR Congo.

“The Congo is the heart of Africa, the reality, however, is that people live hell. Everyone wants their piece of Congo because it is a country rich in minerals,” says Dedy Mbepongo Bilamba in the documentary Crisis in the Congo: uncovering the truth, from Congo Justice. Here you can download the video.

Why is coltan so desired

-by storing electrical charge and releasing it at will

-for its high resistance to corrosion

The problem with coltan is its scarcity and its high demand throughout the world. 80% of the coltan mines are in the Congo, 10% in Australia and another 10% distributed between Brazil and Thailand. And as with other conflicts, the UN launched a resolution, 1952, which urged but did not oblige. What served the countries with coltan mines to take advantage of the situation. The low industrialization of many mines means that the work is manual, with water and trays. That is why child labor is used, because to reach complex areas, a small body arrives before a large one.