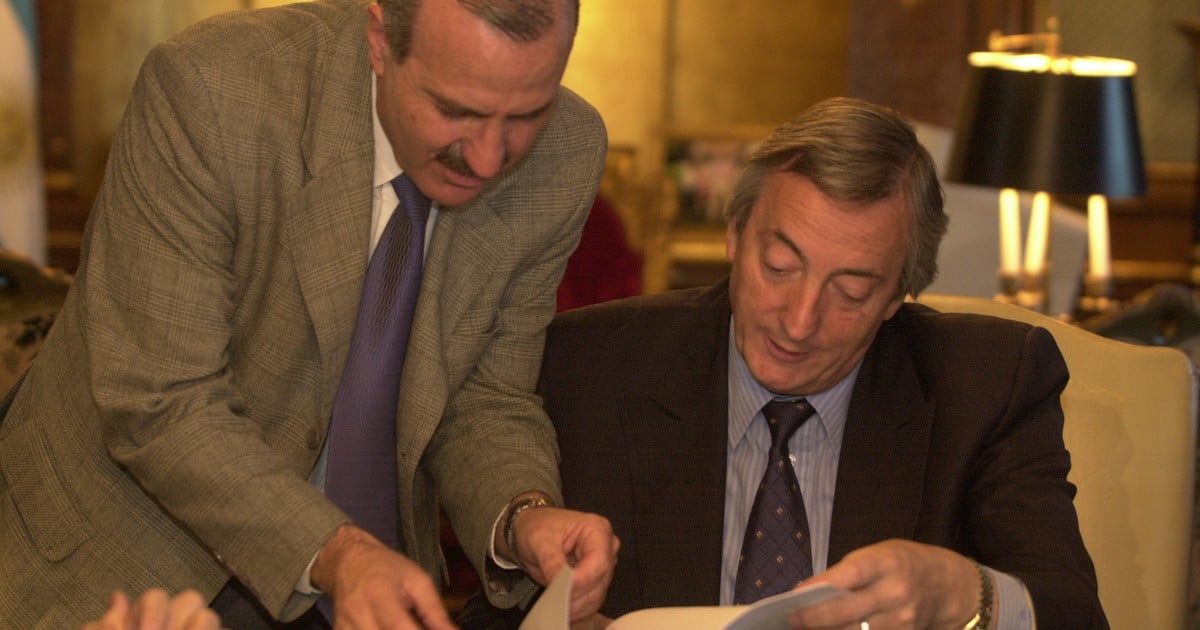 The Treasury Attorney, Carlos Zannini, was categorical: he will seek the bankruptcy of Sociedades Macri (SOCMA), the former president’s family business group. The announcement came the day after the commercial justice decreed the bankruptcy of Correo Argentino SA, one of the holding companies. In the midst of the cross accusations -Mauricio Macri denounced being victim of political persecution– The Treasury Attorney’s strategy to end the companies of the Macri family aims to Dismantle three lawsuits against the State for 400 million dollars initiated by SOCMA in the federal administrative contentious jurisdiction.

The cause of the Argentine Mail, which accumulated more than 18 years in court, was traversed by political confrontation: Together for Change came out unanimously to defend the former president, who in an open letter had denounced Zannini as the brain of a supposed plan to chase him. Macri’s greatest fear is that the judicial course will reach his children, whom preventively dissociated from Socma between 2016 and 2017.

On the other hand, Justice maintains that when Macri arrived at the Casa Rosada the Government and the company arrived at an “abusive” payment arrangement, according to which the Macri Group had to pay 300 million pesos in 15 years, with an interest rate of 7%. The fiscal Gabriela Boquin it rejected that proposal as “ruinous and abusive” since it would “seriously damage the patrimony of the national State.” For the prosecutor, the debt was 70,000 million pesos.

According to the Sindicatura formula, this debt amounts to 1,000 million pesos. The State maintains that the value is higher and they estimate that it is around 6,000 million pesos. The truth is that Correo Argentino already has the bankruptcy decreed, while Boquín accuses its shareholders of an alleged multimillion-dollar fraud, an emptying of the company and a damaging debt for the public treasury.

Now the deadlines are running for Socma to appeal, something it will do next week. This presentation will not interrupt the bankruptcy process signed by Judge Marta Cirulli: those responsible for the Post Office must deliver all the accounting documents in the coming days, the Central Bank and the General Inspection of Justice have already been notified and the embargoes and inhibitions are already in force of goods.

But the novelty was provided by Zannini, when he announced that the State will go further and require before the Civil and Commercial judge that the bankruptcy is not only referred to the Argentine Post Office, but that it be extended to its controlling party, Socma. It is the holding company founded by Franco Macri, valued at $ 300 million.

The plan to achieve that goal is “flip” three lawsuits against the National State initiated by the Macri Group in the Federal Administrative Litigation forum, for the expropriation of Correo Argentino signed by Néstor Kirchner in November 2003. The figure involved in the three claims amounts to 400 million dollars.

When Kirchner nationalized the company, the argument was that Socma had a debt for the canon that it had to pay to the State of 296 million pesos-dollars. In addition, he owed a percentage of interest as an update.

Meanwhile, in those years, the former owners of the Post Office had been increasing their participation in the controlling company, and presented a series of claims against the State for 1,700 million pesos, to compensate for alleged investments made.

Socma always held that the Government “appropriated” the postal company, keeping “the main assets” and leaving liabilities. That is why they decided to initiate the trials in contentious jurisdiction, understanding that there would no longer be room for any possible negotiation.

If Judge Cirulli accepts the request of the Treasury Attorney and extends the bankruptcy to Socma, those three lawsuits for 400 million dollars could fall and there would no longer be room for the Macri company to claim anything from the State.

From the company they maintain that with the different decisions of justice “They turned the company into an SME”. SOCMA is currently valued at about $ 300 million. With more than 2,000 employeesIt has fields in Salta for intensive crops; oil companies; the representation of three Chinese firms, plus the waste collection and treatment company in Uruguay.

60% of the Group’s shares are held by Gianfranco Macri, because in 2017 it acquired the shares that were in the name of three of the former president’s adult children, Gimena, Agustina and Francisco.

The former head of state had divested himself of Socma’s shares in 2007, but retained the usufruct. His heirs were shareholders represented by officials, but after prosecutor Boquín’s complaint they asked to be separated from the holding company so as not to get involved.