‘What If …?’: Alternative Superheroes

‘What If …?’ is the new animated bet of Disney Plus.

What if the most popular Marvel superheroes underwent unexpected changes in their timeline? The answer is the imaginative new animated series from Disney Plus

The visual aspect of ‘What If…?’, The new series sponsored by Marvel, is a good example of animation that fuses traditional technique with new technologies. With this creative solution, the feeling that comic-book vignettes come to life is emphasized, capturing the viewer in dynamic episodes, lasting around 40 minutes, with the particularity that they are self-concluding stories. Without reaching the excellence of the Oscar-winning ‘Spider-Man: a new universe’, the result has satisfied staunch fans of the superhero audiovisual, confirming that Disney, through its on-demand platform, is going to risk more than in theaters of cinema with productions that go out of the expected, from a creative and commercial point of view.

Mickey Mouse studios opened the ban with ‘WandaVision’ and the possibilities continue to expand, as also made clear by ‘Loki’, with the Sacred Line of Time shattered. The connections opened in the UCM in the vitaminized Phase 4 augur succulent surprises, despite having to comply with the file, inevitably, with the general public hand in hand with more predictable titles such as’ Black Widow ‘or’ Falcon and the Soldier of Winter’. Bryan Andrews, responsible for ‘The Adventures of Jackie Chan’ in cartoon format, is behind this proposal that poses a seismic movement in the chronology of the adventures and misadventures of the popular champions of justice from La Casa de las Ideas. In ‘What if …?’ Important moments of the marvelita universe are disrupted, giving the option to other alternative situations where the characters and their actions change notably.

In the initial installment of ‘What If…?’, The first cartoon series of the UCM, whose premiere is aimed at the periodicity of one chapter per week -of a total of ten-, agent Peggy Carter becomes the first avenger, instead of Steve Rogers. A female super soldier. Another Captain America concept, with a powerful and unbeatable woman leading the missions. In fact, on its unbreakable shield it bears the flag of England instead of that of the United States, but its bravery is equal to or greater than that of its predecessor.

The variations posed by the animated series are striking and play with humor, conscientiously squeezing out a battery of timely references that have convinced the bulk of the fandom. The premise, already explored in the comics, allows us to offer a production that is far from the conventional, entertaining and imaginative. Break the usual plot arcs, twist the timelines and take advantage of the thousand and one opportunities that the multiverse offers on a platter, once the doors of it are wide open. 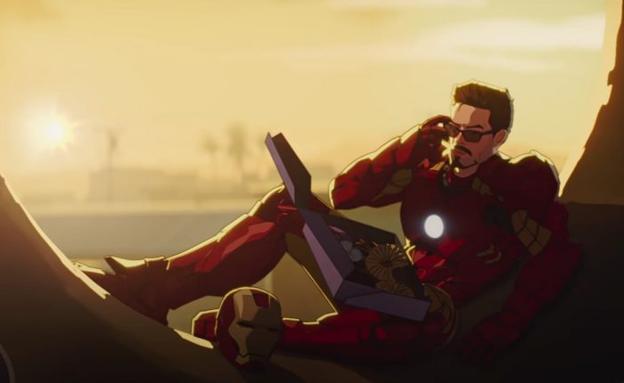 The variants that parade through ‘What If…?’ they can give rise to other alternative series and films, with unusual entanglements and reinvented roles. From a T`Challa prince who becomes a Starlord and a Tony Stark who may not have suffered the accident that turned him into Iron Man to a Spider-Man with the powers of Doctor Strange. The Marvel Cinematic Universe expands to infinity, rewriting what we already know in a different way. Some rumors indicate that some too delusional ideas have been left behind in this first session, such as the risky option of Peter Parker becoming a real spider in a terrifying and Kafkaesque episode that has been left in a drawer.

AC Bradley (‘Arrow’) and Matthew Chauncey (‘The Bottom 3: Tales of Arcadia’) are behind the outlandish scripts of this extraordinary take on the superhero world. Kevin Feige, the man who pulls the strings in the MCU, has already confirmed the launch of a second season. Every Wednesday we have a new online delivery in the Disney + offer, ready to be tasted especially with the eyes of a child.

A Ferrari in Fortnite: the battle royale welcomes its first real car today to drive in style