“What happened to Sergio Ramos to all of us” 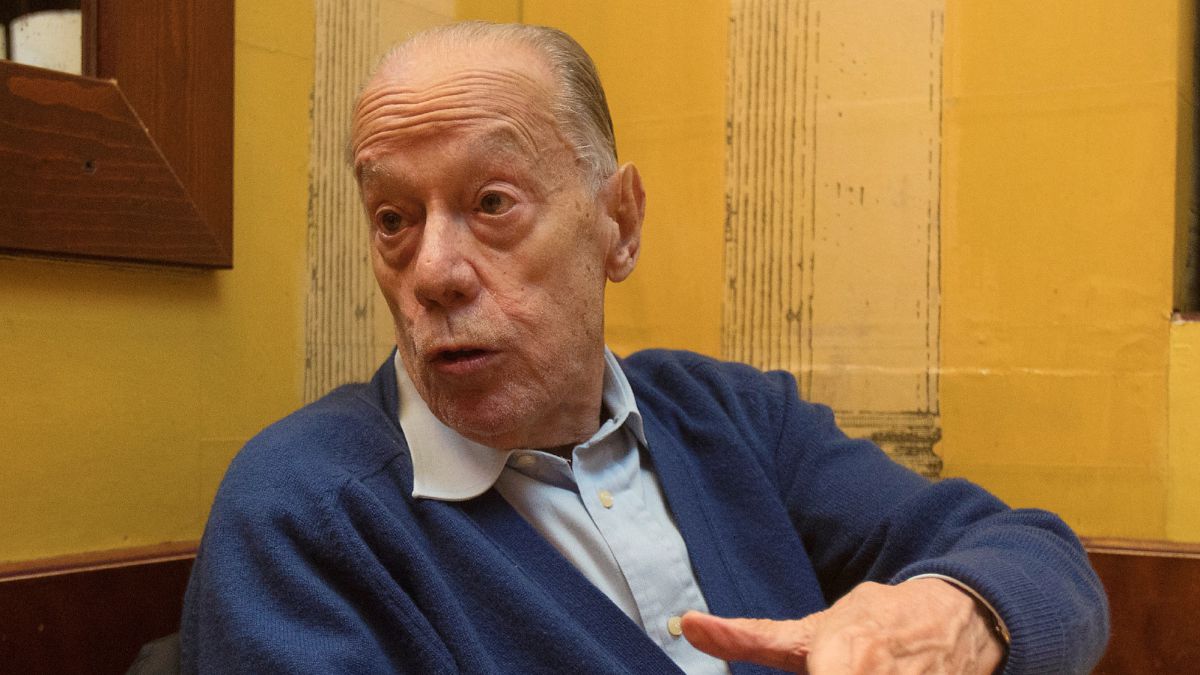 At the age of 86 on May 2, Luis Suárez Miramontes (La Coruña, 1935) usually monopolizes football news in a natural way every time a Ballon d’Or is awarded.. For something he is the only soccer player born in Spain who has won one (1960), in addition to two silver (1961 and 1964) and one bronze (1965). Also his past is present when a European Championship is played. He also conquered that of the 64 of Marcelino’s goal against the USSR at the Bernabéu. Meanwhile, he maintains his hunch with Spanish football, commenting on the matches of ‘his’ Barça every week at the Sports Carousel. His voice from Milan, where he continues to live, sounds loud and clear, without losing the Galician accent that, mixed with the Italian touch, has its striking point.

Something to allege to Luis Enrique’s list that has caused so much controversy in Spain.

“In the National Team we are not eternal, there comes a time when they send you home”

I don’t know it by heart … The most noticeable thing is the absence of Sergio Ramos, but I think it’s the law of life. He has been almost all year long without playing and in those cases the coach can only do two things: what Luis Enrique has done, or take him out of gratitude for his career. I know that for Sergio it will be a shame, but the moment always comes when they send you home. It happened to me, it happened to Alfredo… (Di Stéfano). The Selection is never for life. It cannot be eternal. The coach has to think about calling those who work best for what he wants.

In addition, Luis Enrique is one of those who does not marry anyone …

And it does well. Things have not gone badly for him as a coach since at Barcelona B he opted for a special way of doing things and it seems normal and correct for him to do what he sees fit. He is brave, believes in it and pulls forward. In football, all the ways of running a team and playing are good and bad. Teams and national teams win in different ways, you may like them more or less. In addition, in the end those who rule are the players with their personality. They are the ones who decide on the field, no matter how much the coach has put it on the board. Inside there is no time to look at the bench and the one who decides is the footballer. Whether you like it or not.

Precisely what is being discussed are the players who have called …

“I like Luis Enrique because he believes in what he does and if it has turned out well, why is it going to change?”

Yeah, but that has always happened. It happened to me as a coach and it happened to my coaches when I was a player. For better or for worse, 90 percent of the decisions have to be made by the players. What you have to try is to have players of quality and personality, who know how to decide in tenths of a second. The words of the coaches are blown away. If someday Luis Enrique takes a shoe, maybe it will change, but as long as things go well it is normal for him to go ahead with his ideas and it is normal for him to bring players who think they can carry them forward.

You were ‘cleaned’ from the National Team before even Sergio Ramos. It didn’t do him much good to be the leader of the ’64 team.

“The 1960s team that Franco did not let go to Moscow was better than the 64s that won the tournament.”

They were different times. He played in Italy. I made my debut in January 1957 on the same day as Alfredo, who scored three against the Dutch. What a lead we had! Miguel, Kubala, Di Stéfano and Gento. I will never understand why we did not qualify for the ’58 World Cup. Then the first Eurocup happened, the ’60, that Franco did not let us travel to Moscow. We were already focused and ready to go out. They didn’t give us many explanations. You don’t travel and you don’t travel. The problem was that they did not want them to come to Spain for the second game. That team would have won that year. It was better than the one that four years later won the victory in Madrid.

Why was it better?

Simply because Alfredo was there and he had everything to win. We were all younger and we surrounded him. When you have a cook like him, you can do whatever you want, a paella, a stew, a mixed fish … That team was a show. But if Del Sol, Peiró and Collar were substitutes. We were all in tow for Alfredo, as happened in Madrid. No need to review it again. In the first round we got Poland four there and three here. Not long ago I found out that the first goal of the competition was mine against the Poles. That day Alfredo made two, and I made two others.

Let’s say I took over from Alfredo. I played in the center of the field and the teammates trusted me. So he was in charge of the field a lot. I gave 40-meter passes, I scored goals because I liked to shoot. We won that European well and went to the World Cup in England, where we weren’t good at all. That’s where my tour of the National Team ended. He was 31 years old. Not so many. Until then since debut he had always played. If anything they didn’t call me for friendlies because I was in Italy and Inter were complaining. Six years after I was fired, Kubala called me for a friendly in Greece. He did not bother anyone and he wanted to give me his particular tribute. He was already at Sampdoria and would be 37 or 38 years old. It was nice.

Your bet on this Euro?

There is not, point five or six teams and Spain is among them. There are not as many differences as other years. The forces are more equal and everything will be decided in detail. If anything, France that with Benzema now has more goal and more quality. If he joins well with Mbappé and Griezmann … then what do you want me to say?