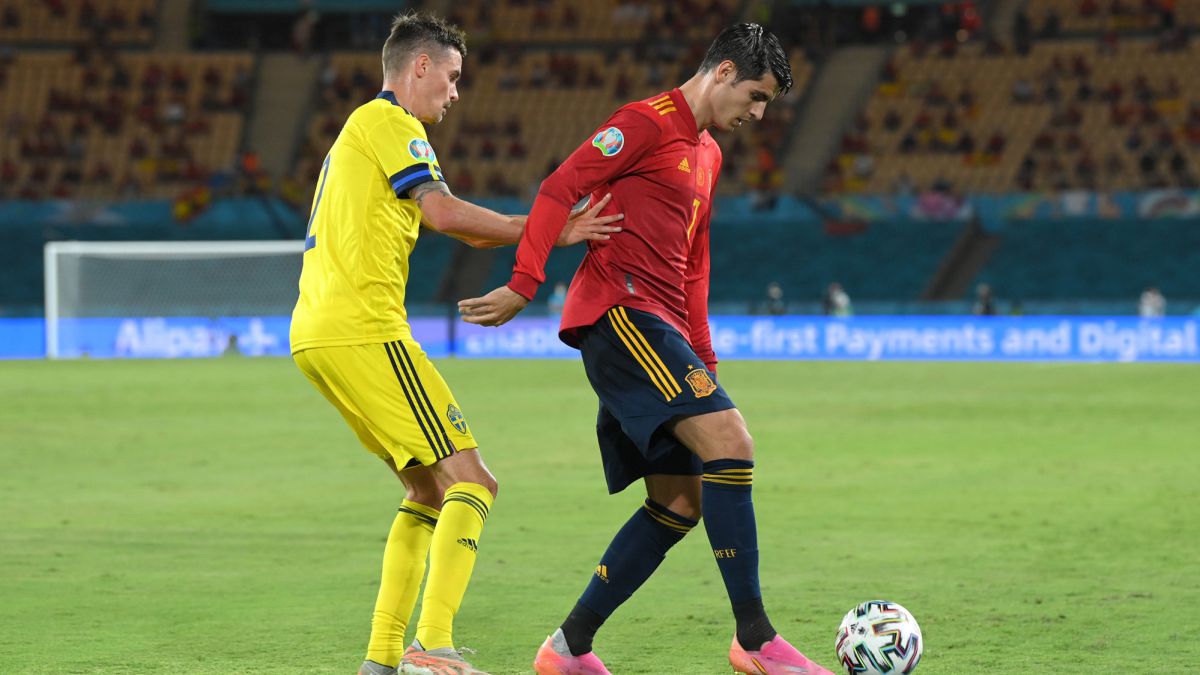 The Corriere della Sera: “Morata disastrous and disappointed by an audience that cannot stand him”

“The first 0-0 of the tournament confirms a sensation: the revolution of Luis Enrique, in his first great commitment as a coach, will not be easy. The decision not to summon any Real Madrid player, starting with Sergio Ramos, had already generated much perplexity, in addition to the mismanagement of the vaccines and the inexperience of the majority of the team did not help. Now this disappointing start that complicates everything: already on Saturday with Poland it is forbidden to fail, although Lewandowski and his team have the same need . Who knows if Morata will continue in the field, yesterday disastrous and disappointed by an audience that does not support him. While waiting to play his fourth season with Juventus, as he hinted in a recent interview, Álvaro continues to experience a moment of no, as has happened too many times in his career.

After the first half hour, the ball possession count says that 90% is from the Red. The Roma exporter, Olsen, showed off a couple of times, but the best opportunity was Morata, who did not take advantage of a gap in Danielson and only in front of the goalkeeper did he put her incredibly off track. A glaring mistake and the whistles blew“.

Tuttosport: “Morata does not sting”

“Spain’s disappointing debut at Euro 2020: in the first match it does not go beyond 0-0 with Sweden. Luis Enrique’s team only brings one point at the end of a match dominated for long stretches, but was never able to finish effectively. Debut to forget about Morata, who wasted a great opportunity in the first half. Former Roma player Olsen was the star of the match, saving the tie on several occasions.

The match between Spain and Sweden at the Estadio Olímpico de la Cartuja, in Seville, closes the first day of Group E, which saw Poland’s resounding defeat against Slovakia. Luis Enrique surprises with the line-up, sending Unai Simón and leaving Manchester United goalkeeper David de Gea on the bench. Unsurprisingly, the Red Fury took the lead, forcing Sweden to lock themselves in their area. The first chance of the match came in the 16th minute, when a Koke cross was headed by Dani Olmo to the bottom corner of the net, but was stopped by a miracle from former Roma player Olsen. Spain is in control of the game, but despite their clear advantage in ball possession they are not able to shoot effectively, while the Swedish defense is able to withstand the Spanish attack well. In the 38th minute there is a sensational opportunity, badly wasted by Morata: Jordi Alba’s shot is taken by the Swedish defense and the Juventus striker finds himself alone in front of the goalkeeper and shoots wide“.

“Spain dominated in the first half: Olmo and Koke were dangerous, Morata missed the advantage while Llorente saved everything with the help of the post. In the second half, Berg missed 1-0 from a few steps, and Moreno was about to score in the final. Sweden face Slovakia on Friday, and Spain host Poland on Saturday. “

“The Swedish defense, although lacking sense on some occasions, held out until the end, managing at least in part to give the exceptional performance that coach Janne Andersson expected for such a difficult debut, taking advantage of the repetitiveness and lack of incisiveness of the Swedish attack, with little inspired Morata. The match started as expected, with Sweden behind the ball line and Spain patiently searching for the right gap across the attacking front. On the few occasions the Swedes tried to break through, the pressure on them was immediate from outside their box. Goalkeeper Olsen started to work, and well, in the 16th minute, when he deflected a point-blank header from Olmo for a corner. Then it was the Spaniards themselves who graced him, first Koke, who in the 23rd minute shot wide from an excellent position, and then Morata, who alone in the area against the former Roma player for a gift from Danielson, narrowly missed the clearest chance of the match “.

“Spain, in short, opens with whistles. And fiascos, apparently, because both Morata and Gerard, who replaces him, make us regret old bombers like Villa or Fernando Torres, showing that they do not have the so-called killer instinct in the last meters. Then a very experienced team closes in to cut the lines of passage to the opponent’s giants. Danielsson erased Morata from the field, who started by surprise, but when the bald man got on the plate, Álvaro was surprised and ate a penalty on the move, with Olsen going out desperate. Outside”.

El País: “Spain does not shoot or shoot”

“He did not have a drop of football left over, but a handful of occasions were not enough for him against racana Sweden, a team limited to entrenchment. The people, the Spanish, paid for it with Morata, taken as the cover of the greater evil of this Red. The Madrilenian was not right, as well as his successors: Gerard, Oyarzabal, Sarabia …

A jaimited from the central Danielson cited Morata with the goal. His shot, face to face with goalkeeper Olsen, went into the void. The public took it with the Juventus forward, before and after, give him the chop. But in a Spain that is so little intimate with the goal, the striker has a capital subject. Especially when Gerard Moreno, the best Spanish scorer of the course, is on the bench in flip-flops.

Luckily for the Spanish group, Jan Andersson, the rival coach, fired Isak a couple of minutes after Luis Enrique to Morata. A crossroads: the fans, as they had already done, charged against the Spanish. Isak returned the applause to the audience as he left. Morata is not the only way to goal, there are other shortcuts, others responsible for such a fallow. “

“It is thus that when a team, in a date like this, does not have a goal, they are condemned to have a bad time. Against Sweden they had more than enough options to have solved the debut with ease, but a horrible night in Morata and the little accompaniment of the rest turned the first date into another disappointment, because in the calm analysis there are relative good news, but in the cold data we can see a Spain that tied “.

Mundo Deportivo: “What did you do, Morata?”

“Álvaro Morata is still denied in front of the goal. The Madrid striker has been chosen by Luis Enrique to be Spain’s offensive reference and, although he is scoring at a high level in the premiere against Sweden, has forgives the clearest chance of the match in the 38th minute“.

“The Spanish team started in the 2021 Euro Cup with a draw that knew little against Sweden. La Roja did everything to win. It was intense, dominated, generated games, chances … but did not have a goal. Morata was especially failed and the goal Olsen was the Nordic savior. Despite everything, Sweden had two blows to win with a plethora of Isak.

However, the clearest occasion of the first half was at Morata’s feet. Alba put a screw ball, Swedish defensive failure and Juve’s striker, with everything in his favor, defined poorly and the ball went close to the post. A serious error for a party that had to unravel as it was “.