What did the Saudi Vision 2030 achieve? 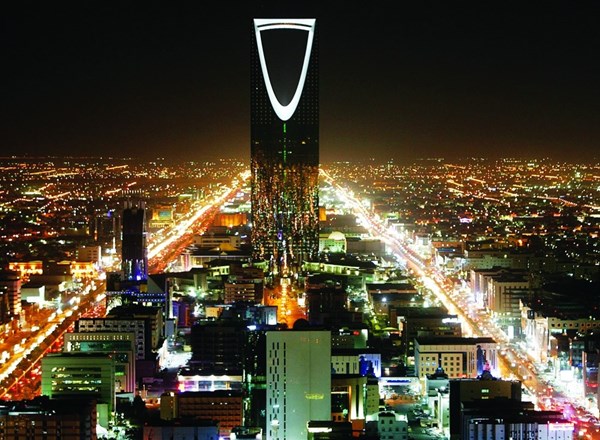 Atef Abdullah (Abu Dhabi)
The Kingdom of Saudi Arabia has witnessed since the announcement ofVision 2030»In April 2016, a comprehensive economic, social and structural movement took place to create the necessary environment for its realization.
The vision, launched by Prince Mohammed bin Salman, the Saudi crown prince, is based on three axes: “a vibrant society, a prosperous economy, an ambitious nation,” and it includes 13 programs to achieve the vision’s 96 strategic goals.

This vision enabled the Kingdom to face the challenges of Covid-19, as preliminary estimates for 2021 indicate a real GDP growth of about 3.2%, driven by the assumption that economic activities will continue to recover during the year, in addition to the expected positive role of spending development funds, implementing major projects and privatization programs, and the rest Vision realization programs.
As Saudi Arabia celebrates the five-year anniversary of the launch of its development vision, we review the most prominent achievements made through the various programs of Vision 2030.

Financial sustainability
Since its launch in 2017, the Fiscal Sustainability Program has contributed to controlling deficit ratios of GDP from 15.8% in 2015 to 4.5% in 2019, and the average annual variance of the actual performance of total expenditures has decreased from its budget estimates from an average of 16% during the period from 2014 to 2016 to an average of 4% over the period from 2017 to 2019.
Among the achievements of the program in the field of taxation, the automation and development of procedures and regulations, the increase in the number of zakat and tax declarations to 1.9 million, with a growth of 700%, as well as the increase in the percentage of commitment to submit zakat and tax returns to 95% in 2020, and the launch of the portal and application of “Zakati” dedicated to Zakat Individuals, which attracted 60 thousand, and received 156 million zakat paid until 2020.
The program also contributed to correcting some economic distortions and stimulating the optimal utilization of economic resources. For example, the gradual linkage of energy prices until the reference price was reached.
Through the National Debt Management Center, the increase in the volume of circulation in the local secondary market amounted to about 70 billion riyals from deals in 2020, compared to 10 billion riyals in 2019, an increase of 600% on an annual basis.
In 2020, the international investor base increased by 12.4%, and the first international bonds with negative yields outside the European Union were issued in 2021 and the second largest bond outside the European Union.

Since its launch in 2018, the Financial Sector Development Program has made many achievements, as the percentage of non-cash transactions increased to 36% in 2019, surpassing the program’s target of 28% for 2020.
The program also sought, as part of its efforts to enhance savings, by reducing the nominal value of listed sukuk issued by the Kingdom’s government, as a result of changing the nominal value from one million riyals to 1,000 riyals for the suk without changing the size of the issuance, with the aim of enabling those wishing to invest to buy in them and use them as investment and savings tools. The financial derivatives market was also launched, and this launch represents an important step in the endeavors to develop the Saudi financial market, and to provide investors with an integrated and diverse range of products and services.
The Kingdom’s ranking has risen in 13 global competitiveness indicators related to the financial market, especially after the changes that have occurred to it, the most important of which is the increase in the openness of the Saudi financial market (Tadawul) by joining the global indices, as Tadawul has been included in the MSCI indices, and Standard & Poor’s Dow Jones “and” FTSE Russell “, which led to bringing in foreign financial flows of up to 76 billion riyals, thus expanding the investor base in the financial market and improving its liquidity levels.
The Kingdom made great progress in the index of protecting the minority for investors, to the seventh place in the world. It also obtained membership in the Financial Action Group (FATF), as it became a full member within 37 countries in the world and it is the first Arab country to achieve this membership.
The number of authorized payments companies in the financial technology sector reached 13, in addition to 32 companies that were authorized in the experimental environment. Seven companies were authorized to experiment with financial technology in the field of securities business.

Privatization program
The privatization program offers 160 opportunities in 16 sectors, as 18 privatization and partnership projects have been awarded with the private sector, in the fields of water, sanitation, ports, airports, education and mills, while there are still 21 projects in different stages of offering in the municipal sector, the health sector, the education sector and the environment sector. Water, agriculture, labor and social development.
In 2020, despite the Corona pandemic, a number of privatization projects were completed in the education and water sectors (wastewater treatment and desalination) with investments from the private sector amounting to about 15 billion riyals.

The housing program has achieved its strategic goal of reaching 60% ownership in 2020 compared to 47% before its launch in 2016, and the program also confirmed its continuing to achieve its goals by supporting Saudi families and enabling them to own or benefit from the first home.
The program was able to abolish the concept of waiting for housing subsidies and provide immediate entitlement to citizens by providing various financing solutions and housing options, which contributed to the benefit of more than 834 thousand Saudi families, including more than 310 thousand families who inhabited their homes.
The program provided adequate housing for the most needy families, by providing more than 46,000 housing units in various regions of the Kingdom, and the Good Housing platform was launched, which is concerned with providing the opportunity to involve the community to provide a helping hand for housing charitable giving in cooperation with 121 charitable societies. More than 23 thousand families with community contributions exceeding 400 million riyals.

The program adopted the use of modern construction techniques to accelerate the pace of development and contribute to reducing the cost, as the number of developed housing units reached more than 62 thousand housing units, and the white land fees system was applied to a total area exceeding 400 million meters and collecting more than 1.4 billion riyals to be invested in the development Infrastructure for housing projects.
The housing program provided more than 141 thousand housing units by activating the partnership with real estate developers and strengthening partnership with banks and financing institutions, to facilitate the provision of real estate loans to Saudi families, which contributed to the growth of the number of real estate loans from 20 thousand contracts in 2016 to 295 thousand contracts in the year 2020, the Saudi Real Estate Refinance Company was launched to enhance liquidity in the financing market.
The housing program launched the Real Estate Sorting Initiative, which aims to sort or re-sort a building or real estate complex into several real estate units. More than 230,000 units have been sorted. It also launched the “Malak” program, which aims to regulate the relationship between the owners of joint ownership, as the number reached Owners’ associations registered more than 10 thousand associations, and in order to regulate the rental sector and preserve rights (the lessor, the lessee and the real estate broker), the “Ijar” program was launched, while the number of documented lease contracts reached more than 1.4 million contracts. Also, the Real Estate Developers Services Center was launched and activated. To accelerate and facilitate the developer’s journey to develop residential projects, as the number of approved residential plans reached 329.

Tourism represented a major component in achieving Vision 2030, and in this context the Ministry of Tourism was established, the Tourism Development Fund was established with a capital of 15 billion riyals, and many mega projects such as Neom, Amaala, Red Sea, Qiddiya and Qiddiya were launched. Diriyah Gate », which would contribute to attracting more tourist traffic to the Kingdom.
The volume of tourism spending increased from 130.5 billion riyals in 2015 to 164.6 billion riyals in 2019, an increase of 26%.
The launch of the electronic visa system, under which the tourists of 49 countries can obtain immediate visas, and the issuance of 440,000 visas until March 2020, as well as training and qualification programs at the level of the tourism and hospitality sectors, which are expected to create 100,000 new jobs for national cadres by the end of this year. .

Within the framework of implementing Vision 2030, there are numerous initiatives aimed at providing an environment that supports business potential and broadens the economic base, which contributed to doubling the assets of the Public Investment Fund to reach about 1.5 trillion riyals in 2020, after it did not exceed 570 billion riyals in 2015.
In the same context, the distinguished business environment also contributed to the growth of foreign direct investment flows to reach 17.62 billion riyals, a growth of 331%, compared to 5.321 billion riyals before the launch of the vision.

The Kingdom’s Vision 2030 contributed to raising the percentage of non-oil output of the GDP to reach 59 percent in 2020, from 55 percent in 2016. Non-oil revenues rose to reach 369 billion riyals in 2020 from 166 billion riyals in the year 2015, an increase to 222%, while the number of factories increased 38% to become 9984 factories compared to 7206 factories before the launch of the vision. This coincided with the launch of pioneering initiatives, including: the “Made in Saudi Arabia” program and the “Shrek” program to strengthen partnership with the private sector and increase the pace of growth The gross domestic product, the establishment of an export-import bank, and the launch of the mining investment system.

The National Transformation Program 2020, within the Kingdom’s vision, has been able to reduce the unemployment rate of Saudis from 11.6% to 9%, increase the proportion of the female workforce in the labor market to 28%, and work to develop the capabilities of the beneficiaries of the ministry’s services and make them active in the productive process.
The outcomes of the unified strategy for the labor and social development system included raising the number of volunteers in non-profit third sector organizations to 300,000 volunteers and increasing the third sector’s contribution to the non-oil GDP to 16 billion riyals.

Everything about my mother