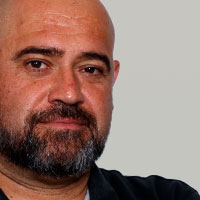 Luis de la Fuente and his boys gave an exhibition of professionalism, love for football and love for the National Team. His match against Lithuania goes down in history as the one in which the most players made their debut in the senior team since the 1920 Antwerp Olympic Games in which the Spanish National Team played its first official match against Denmark. There was a game in 77 and another in 2016 in which eight players made their debut in each one due to circumstances, but Sergio Busquets’ positive for Covid-19 and the subsequent quarantine of those called up for Euro 2021 caused that 16 players (all except Bryan Gil) fulfilled their dream of debuting with Spain.

Luis de la Fuente and his team have formed a competitive group that is an inexhaustible barn for absolute. Everyone who debuted against Lithuania deserves to return to the senior team. Some may even have options for the European Championship because seven remain training with Luis Enrique. Hopefully neither of them nor of the six greatest deserving ones (Kepa, Albiol, Brais, Fornals, Soler and Rodrigo Moreno) have to go because it will mean that there have been no more cases of coronavirus with Spain like that of Busquets. You want to see anyone in the absolute, but Brahim Díaz is a show and strange that he is not in Madrid because he is equal to or better than Vinicius and Rodrygo. Bryan Gil has already shown it and the rest are a bunch of players all. To highlight the central player Hugo Guillamón who came to play for Spain, scored 1-0 and will go to Valencia tomorrow, which has an exam on a Biomedical Engineering subject. Great footballer and good student. An example!