West Africa The Sahel conflict has been burning for ten years, and now hundreds of people are dying in jihadist attacks 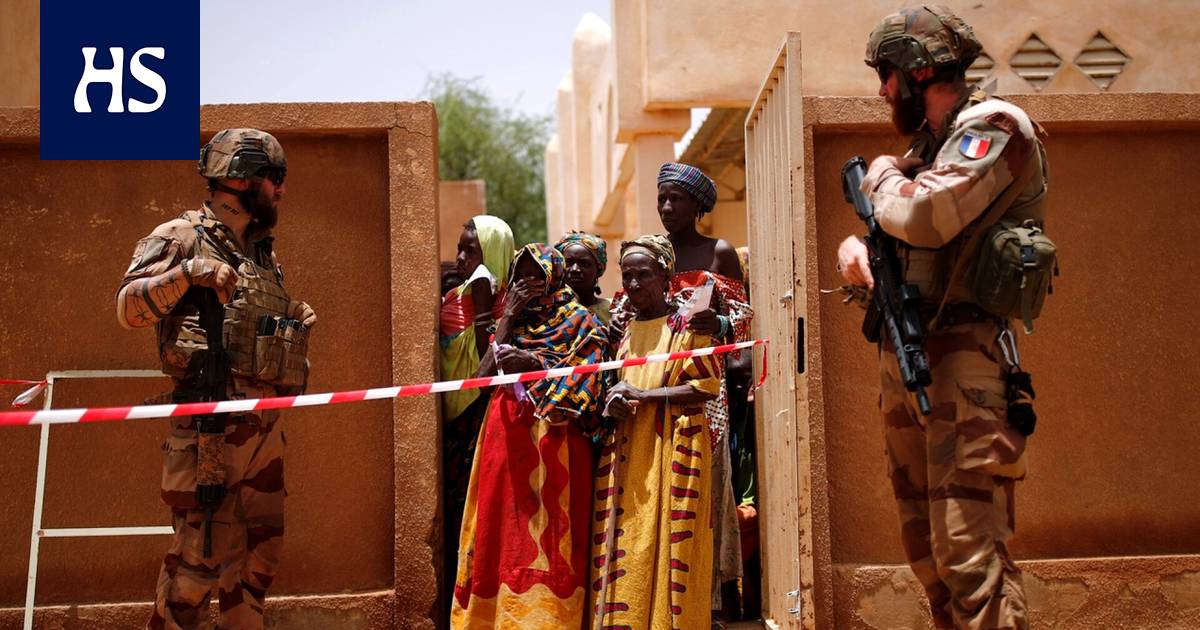 In the Sahel region of West Africa, more than two million people have been forced to flee their homes. The conflict is getting worse, and if that happens, the effects could reach as far as Finland.

June On the night between the 4th and 5th, a group of people were riding motorcycles in the village of Solhan in Burkina Faso. French newspaper Le Monden the 20-year-old man interviewed says he woke up to their voices. Soon there was a shooting and a shout from the outside:

The man remained at home for three hours, trembling with fear in the darkness. In the morning he ventured out.

The air smelled of burnt and blood. The houses had been burned to the ground. About a hundred people lay on the ground stained red. Among them were women and children.

Jihadists killed 160 villagers. The dead were rushed into a mass grave in a hurry.

More than 3,000 people fled the village shortly after the attack.

It was the most deadly blow in Burkina Faso since the jihadist attacks began in 2015.

Violence has worsened year by year. When in 2018 86 people died in the country due to terrorism, the following year there were already 593 victims, Global Terrorism Index report.

West Africa The Sahel is a vast area that stretches in strips across the continent. The Sahel crisis is concentrated in the regions of Mali, Burkina Faso and Niger, but also affects Mauritania and Chad. The countries are poor and, with the exception of Burkina Faso, are geographically large.

The conflict, which originally began as a civil war in Mali in 2012, has spread to ever wider areas. Violence has increased and the number of deaths has increased.

“There are now fears that violence and the jihadist threat will spread from the heart of the Sahel to further south to Côte d’Ivoire and Benin, for example. There are also fears in Ghana that armed groups could expand their influence there, ”says the postdoctoral researcher. Katariina Mustasilta From the Institute of Foreign Policy.

In February, a French foreign intelligence agency said jihadists are funding expansion into Côte d’Ivoire and Benin. Early in the year, jihadists carried out several attacks on Côte d’Ivoire soldiers.

“Burkina Faso is experiencing the most serious refugee and humanitarian crisis in the region. There have been massacres of civilians in Niger this year. A total of 300 civilians were killed in three jihadist attacks earlier this year, which is unusual for Niger, ”Moderan says in a video call from the organization’s office in Bamako, the capital of Mali.

Sahelin the conflict combines a military, political and humanitarian crisis. State security forces, jihadist groups linked to al-Qaeda and Isis, and local armed groups are fighting in the area.

“From a civilian perspective, the problem is that there are a lot of violent actors and no one is guaranteeing security,” Mustasilta says.

The situation is further complicated by the fact that many citizens do not trust the state’s own security forces. ACLED NGO according to the information collected by even more civilians have died because of security forces than because of jihadist or local armed groups.

Western the most significant player in the region is the former colonial host France, which, however, announced in June that it would end the counter-terrorism operation Barkhane and withdraw more than 5,000 troops from the area.

Program Director Ornella Moderan stresses that France is not completely leaving Mali, but that its operation is changing shape. France has said that it will work to ensure that in future the European Takuba Special Forces and the Sahel Joint G5 take more responsibility for the region.

The political leadership in crisis areas has changed rapidly in recent times. There have been two military coups in Mali during the year, and in April, the president of Chad died, who was an important ally for France. These cases have made it difficult for France to cooperate with the countries.

The French counter-terrorism operation has been unpopular in both Mali and France. According to various sources, a few or dozens of civilians have died in the attacks of the mission. Dozens of French soldiers have also died.

“There has been opposition mainly from people who are not so much affected by the operation of the operation, as in the Malian capital of Bamako, which is more than a thousand kilometers from where Barkhane operates. Some of the Malians are happy with the end of the mission, but some are wondering what will happen next, ”Moderan says.

At the same time Finland is preparing to send new soldiers to the region. Deputy Head of the Political Department of the Ministry for Foreign Affairs Tanja Jääskeläinen says that the soldiers will go as part of the EU training operation in Mali, where there are currently 12 Finns.

“The final strength will be specified during the summer and fall. We will certainly proceed in stages, but the goal is to achieve a significant increase overall. ”

The EU is expanding the operation to include Niger, Burkina Faso and Mauritania. At the same time, the number of soldiers is growing.

The UN Minusma operation has been underway in Mali since 2013. The transport team will deliver the goods to the base. Photo of Malin Kidal from February 2017. Picture: Sylvain Liechti / Minusma

In addition, Finland intends to strengthen its participation in the UN Minusma operation so that the number of soldiers increases from the current four to 20.

Several despite the operations, the situation in the Sahel has only worsened over the years.

In some areas, the state has had to withdraw completely due to dangerous conditions. Since then, armed groups may have taken control of the security situation and demanded support from the local community in return for protection.

In these areas, people live without services provided by the state, such as health care and education.

“Schools have been closed for years throughout the Sahel, where education is already in a weak state,” Moderan says.

Violence has forced millions of people to flee their homes. The majority will remain in the Sahel.

There are more than 2.4 million internally displaced persons in the region, more than half of whom are in Burkina Faso.

Only a few are able to return home, as security has not improved.

Humanitarian organizations have also been concerned that state authorities are forcing people to return to their homes to show that the state has taken control of the area.

“This poses a life-threatening threat to people if the situation is not really under control,” Moderan says.

So far, the Sahel has not left Europe in large numbers.

“If the situation worsens and violence and instability escalate, it could lead to a movement that will eventually affect Europe as well,” Mustasilta said.

Black bridge and Moderan believe that the road to stability in the region is long and before that the situation will worsen.

Instead of military operations, the crisis would need solutions, according to Moderan, that would promote community cohesion and restore confidence in the state. It would be essential, for example, for the state to restore basic services to the areas from which it has withdrawn.

Children who fled due to attacks by Islamist groups played at a camp for internally displaced persons in Kaya, Burkina Faso, in November 2020. Picture: Zohra Bensemra / Reuters

One likely step in resolving the situation is state negotiations with armed groups and jihadist movements. This has been strongly opposed by France.

“In Mali, it is often said that a lasting political solution requires dialogue with group leaders. At some point, this dialogue is likely to take place, whether France liked it or not, ”Moderan says.

According to the Black Bridge, negotiation could reduce the attractiveness of jihadism. The members of the groups are not necessarily motivated by radicalization but, for example, by concerns about the security and socio-economic status of the community.

Children with malnutrition were treated in a hospital in Kaya, Burkina Faso. The family had fled armed groups. Picture: Zohra Bensemra / Reuters

Local communities have already negotiated and signed agreements with jihadist groups. The problem, however, is that agreements on what can or cannot be done in the region often lead to a weakening of civil rights.

“In a situation where significant solutions cannot be made, it is the only opportunity for people to go on with life,” Moderan says.