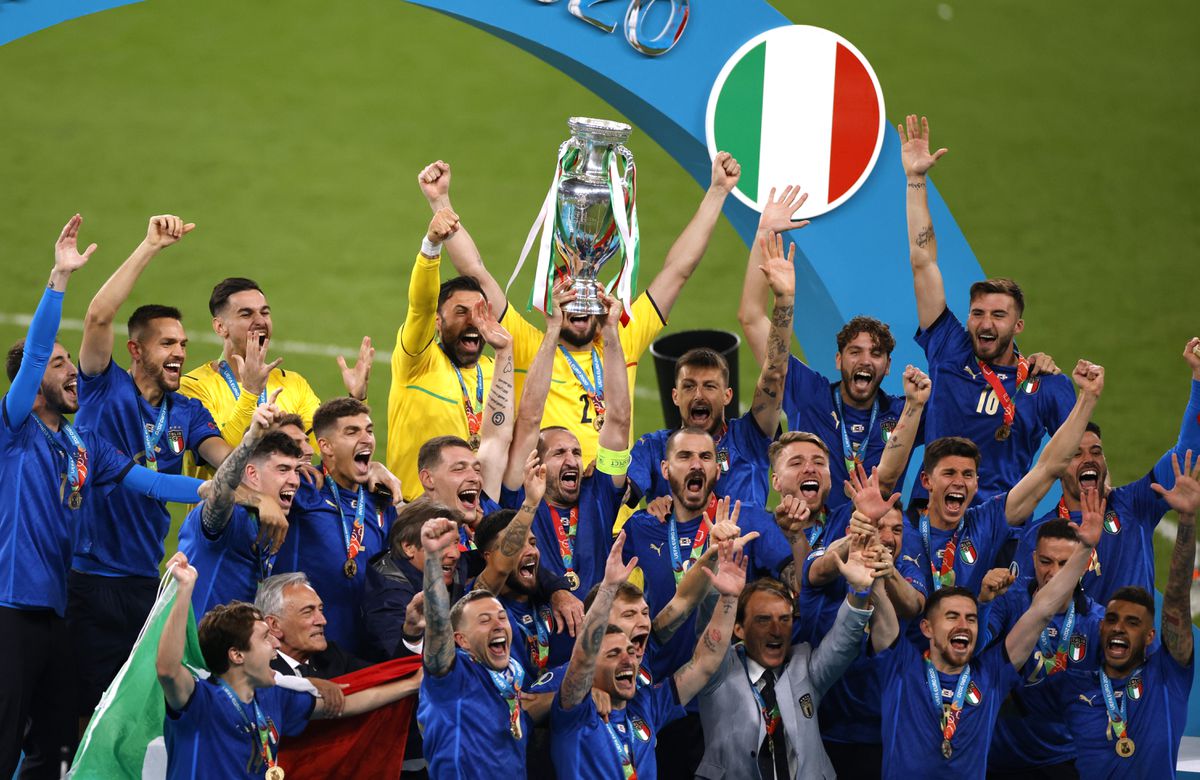 Hours after Messi stormed Maracana, Italy took Wembley. In line with what this Eurocup of intrigues has been, the outcome came on the penalty shootout. La Azzurra, without sublime stars, lifted the second title after that of 68. England, which is presumed to be the greatest talent, went to the canvas and perpetuated its journey through the desert 55 years after its only summit. This time he did not find a Hurst and wanted to win in two minutes and not lose in 118. He paid for his conservatism and Italy, a musketeer through thick and thin, was reborn when he found himself in the gutter very soon. Much credit. Opposite, England defeated England.

Italy was late from the start. By the time he took off his tracksuit, the English mallet had already fallen. And in the most fortuitous way. Luke Shaw came to the appointment with three goals in his 253 appearances for Southampton and United. The winger was never a great offensive adventurer. This time he had a fit of audacity within two minutes.

After a corner in favor, Mancini’s squad was out in the open. Shaw moved forward, Kane articulating the game wonderfully to the other side, Trippier. The Atlético player, who has a compass on his right foot, caused the play to drift back to Shaw. Di Lorenzo, shaken by Kane’s disturbing presence, did not block the way to the English left-handed winger, who slammed the ball into the Italian net with a great bounce hit early. Mancini’s selection was sounded, forced to get up early. The game was ideal for Southgate’s team, but he only wanted to manage the advantage from his defensive assembly.

This England is no longer so close with the ball. Today, his football already soaked in foreign influences, it is structured in a different way. Sometimes recreational, not in this final. He has very good recruits for the last meters. It happens that they overlap: Kane, Sterling, Mount, Foden, Rashford, Sancho, Grealish, Saka … Southgate is crowded on the board and he has not known how to shuffle the flight of each other. When push comes to shove, the England of the Stones, Maguire and other riot gear. The core sector, the defense, With a goal against – from Denmark, from a foul – stood in the final.

England did not hide. Southgate squared the team with three centers and two full-backs, with the infinite cut of Rice and Phillips ahead. The forwards, with Kane as standard bearer, do not skimp on the retreat. The tactical photo: 10 Englishmen in just 15 meters on the terrace in the Pickford area. Enough to deny Italy in most of the first act. With the ball at the foot, no one in the Azzurra deserved a distinction, without footsteps from Barella and Verratti, squeezed Insigne by Walker. A full-fledged maneuver by Chiesa was closed by the Juve winger with a left foot that went for a thumb.

PHOTO GALLERY: Soccer Eurocup 2020: the final between England and Italy.

There were no major notices on the Donnarumma perimeter, either, but the locals were comfortable, even though no one was second to Kane. Its body is deceiving. He is much more than a scorer. It has a lining to play on the back and lights to go from the front. But they all lost track of him. This time, Sterling and Mount did not go with the flow, England believed to be the winner from minute two.

At the end of the break, another Italy was already showing signs, Shaw’s discharge already metabolized. The change of needles was accentuated after the intermission. Mancini did not delay the entry of Berardi by Immobile, which removed a crucial reference for Maguire, Stones and Walker. Chiesa and Insigne interpreted wonderfully that they had to play free rein, sweep the entire attack front. The initial predictability of the Italians was over and their adversary no longer had the same bone. Pickford avoided Chiesa’s goal with a stretched terminal. Verratti was already the perch of his own, the midfield landowner.

Each round was already Italian. Courage and more courage. Another outburst, another will, another pulse. And for the bravas came the tie. After a corner kick there was thunder in the Pickford area. Chiellini rolled on the ground, Verratti, the smallest, caught a head butt to the right post of the local goal and the rebound was with the knife between Bonucci’s teeth. An award for the perseverance of the Mancini, a whip to the screwed selection of Southgate. The technician reacted by dismantling the rear line of five, with Saka for Trippier.

England found no remedy, so flat against the energetic Italy of the second section and the game went to the third half. A grueling Euro Cup. The eighth overtime in 15 qualifying rounds, the third for Mancini’s eager selection, reduced by the injury of the unruly Chiesa and the exhaustion of Verratti. Italy, sweating that sweating, assumed the role of resistance, waiting to stab a dagger. The only thing he nailed was Jorginho’s studs on a Grealish calf. The referee made the slices and the penalties arrived for everyone to roll the dice. Donnarumma became more giant and England went by the cat flap with everything in their favor, six of seven games in the heat of their bonfire and Wembley as a witness. Italy, raw Italy wherever it is. England and its altitude sickness. Soccer again left home.