Weekend in the Japanese Garden: they organize a meeting to leave behind ‘the negative of the pandemic’ 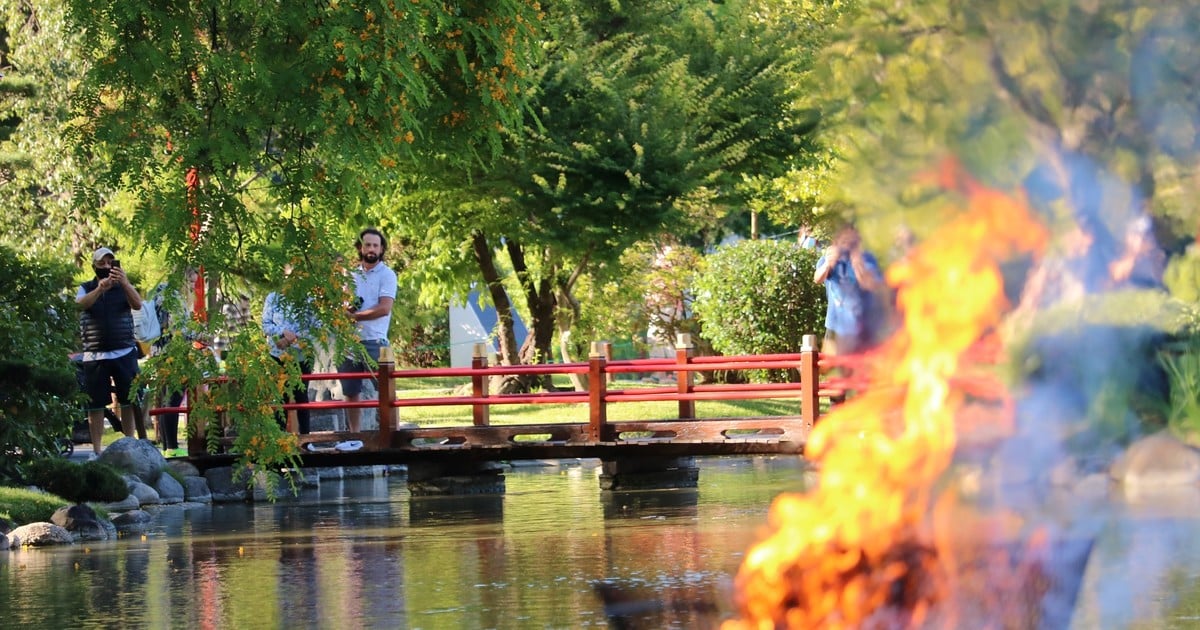 Among the many proposals of the Japanese Garden, this weekend there will be a special. It is about Covid Yaki Matsuri, a meeting for “leave behind all the negatives of the pandemic and receive a new energy “.

This traditional Japanese ceremony involves people writing on a wooden plank everything they want to leave behind.

Along with them, a master of ceremonies will light the fire to burn all the regrets that the pandemic brought. In that way, “the fire will transmute negative energy into positive and the sound of the Japanese ‘Taiko’ drums will make the smoke rise to the sky together with our already transmuted energies, “said the authorities of the property in a statement.

Weekend in the Japanese Garden. They organize a meeting to leave behind “the negative of the pandemic.”

For the ceremonies, the wooden tablets can be purchased at different points in the Garden, which has its tickets for sale at the ticket office of the property, in Casares and Figueroa Alcorta. Also through the website www.shop.jardinjapones.org.ar. The cost is $ 290. Children under 12 and over 65 enter free of charge presenting ID at the ticket office.

The Japanese garden It was inaugurated on May 17, 1967, projected and built by the Japanese community, to later be donated through the Embassy of Japan, to the then Municipality of Buenos Aires, “in gratitude to the Argentine people for being the country that opened his arms in times of immigration. “

It was declared a “site of tourist interest” by the Buenos Aires government and, in 2008, the National Executive Branch declared it “Well of historical and artistic interest of the Nation”.

Like other institutions, it suffered from closure and restrictions due to the pandemic. So much so that advance tickets and other stocks were sold to keep it going.