WEC, Portimao, Free Practice 1: the Jota LMP2 ahead of Alpine and Toyota 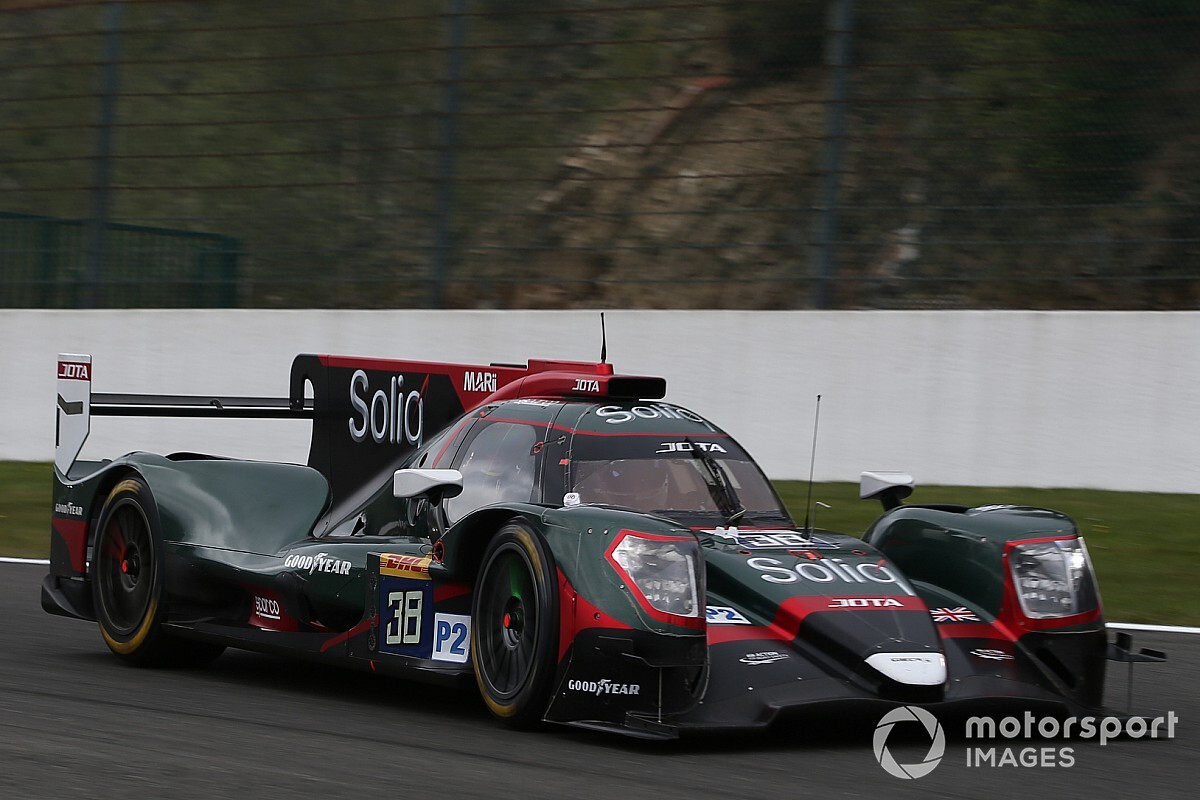 The Jota stands out at the end of Free Practice 1 of the FIA ​​World Endurance Championship, with teams and drivers starting to work ahead of the Portimão 8h which will take place on Sunday.

In the Algarve, an LMP2 set the best time ahead of the Alpine and the two Toyota Hypercars. La Oreca 07-Gibson # 38 driven by Roberto Gonzalez /António Félix da Costa/ Anthony Davidson finishes in the lead with a time of 1’33 “752, beating the LMP1 A480-Gibson # 36 entrusted by Team Signatech to André Negrão / Matthieu Vaxivière by a matter of 29 thousandths /Nicolas Lapierre.

Third and fourth time instead for the Toyota GR010 Hybrid, both in the wake of the first two, with Sébastien Buemi/ Kazuki Nakajima / Brendon Hartley doing better than teammates in # 7 in # 8, Kamui Kobayashi/ Mike Conway / José María López.

For the moment the Japanese manufacturer has not complained about the Balance of Performance imposed on it, but if we continue to see an LMP2 on the same time trial as the Hypercars, it will not be surprising to hear the same complaints of Spa-Francorchamps.

And speaking of Hypercar, the Glickenhaus has finally made its debut in a real competition, after the many development tests carried out. For the moment Romain Dumas’ 007 LMH # 709 /Richard Westbrook/ Ryan Briscoe obtains the 12th absolute time at 1 “from the top.

Returning instead to the rest of the ranking, Top5 for the Oreca # 34 of Inter Europol Competition that Jakub Smiechovski /Alex Brundle/ Louis Delétraz placed second among the LMP2s, keeping behind DragonSpeed ​​# 21 (Ben Hanley/ Juan Pablo Montoya / Henrik Hedman), best of the second category Pro-Am.

The seventh place was signed by the guys from United Autosports with the Oreca # 22 of Paul Di Resta, Phil Hanson and the newcomer Wayne Boyd, called to replace Fabio Scherer at the very last moment, who tested positive for Coronavirus after the two swabs made on arrival in Portugal.

Porsche also did well in LMGTE Am thanks to the 1’41 “202 signed by Christian Ried / Jaxon Evans /Matt Campbell with the # 77 of Dempsey-Proton Racing, giving a couple of tenths to the 488 # 60 of Iron Lynx (Andrea Piccini/ Claudio Schiavoni / Matteo Cressoni), who holds the 911 # 56 of the Project 1 Team entrusted to Matteo Cairoli/ Egidio Perfetti / Riccardo Pera.

The 8h of Portimão, the second round of the FIA ​​WEC 2021, will be visible on Motorsport.tv