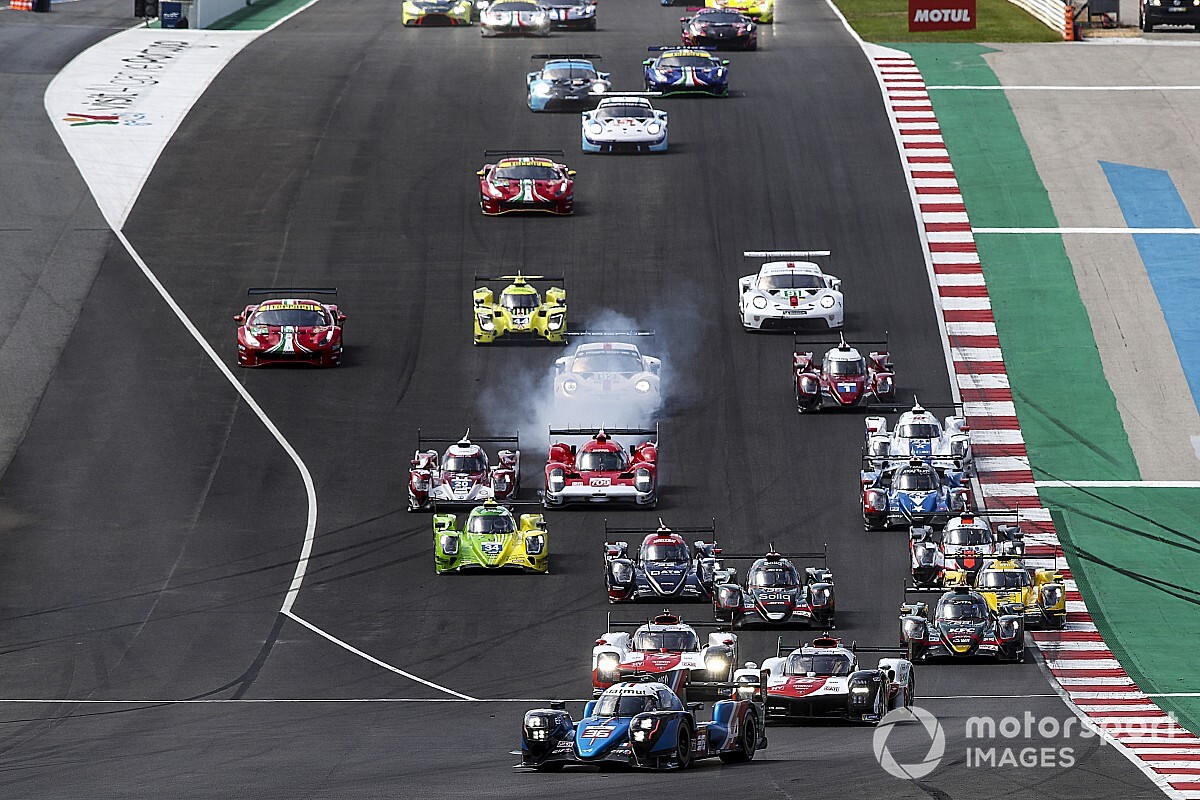 Alpine is leading the 8h of Portimão, the second round of the FIA ​​World Endurance Championship which in Portugal has already spent the first 120 ‘of the race.

On the 4,653km of the Algarve, at the start the excellent Nicolas Lapierre held the record conquered with the Pole Position on Saturday in Qualifying, lapping in front of the Japanese Hypercars.

The Frenchman immediately pushed very hard to stretch as much as possible on the GR010 Hybrid, also because the A480-Gibson LMP1 # 36 managed by Team Signatech has the problem of fuel consumption due to the capacity of the tank, which forces it to stint shorter than to the Japanese.

These are lurking with Sébastien Buemi (# 8) and José María López (# 7), while Lapierre tried to pull as much as possible to gain on them, reaching even more than 10 “of margin. After 90 ‘, the transalpine he had to return to hand over the wheel to André Negrão and refuel, with the Toyota cars only a few seconds away, now with Brendon Hartley and Mike Conway at the wheel.

Apart from the race, the Glickenhaus is doing, which Richard Westbrook and Ryan Briscoe have shared in these first two hours. The 007 LMH # 709 is far from the other Hypercars and out of the absolute Top10, also because it suffered tire blistering problems after a few laps and by the team’s own admission, they are still in the data collection phase in conditions never seen before.

At the end of the hour, then, Briscoe touched with Satoshi Hoshino’s Aston Martin # 777 during the dubbing phase, also involving Christian Ried’s Porsche # 77 and having to pit to fix some damage.

In the LMP2 Class, a thrill suffered at turn 3, when the Oreca-07 Gibson # 28 poleman Tom Blomqvist (Jota Sport) was touched and spun by teammate António Félix Da Costa (# 38), collapsing last of the lot .

The Oreca # 29 of Racing Team Nederland then took the lead with Giedo Van Der Garde – first also in Pro-Am – followed very closely by the # 31 of Team WRT with Robin Frijns on top. At the second pit stop, the Belgian team sent Ferdinand Habsburg to the track ahead of Dutchman Frits Van Eerd to take first place, while he slipped third behind Wayne Boyd / Phil Hanson’s Oreca # 22 of United Autosports.

In Top5 LMP2 we also find the 07 # 34 of Inter Europol (Louis Delétraz / Alex Brundle) and # 28 of Jota (Sean Gelael / Blomqvist), while Dennis Andersen / Anders Fjordbach are sixth in the LMP2 and second in Pro-Am with the # 20 of High Class Racing. The Pro-Am podium is currently completed by RealTeam Racing with Norman Nato / Esteban Garcia’s Oreca # 70.

Meanwhile, he took a Drive Through DragonSpeed’s Oreca # 21, as Henrik Hedman crashed into # 38.

The Englishman, however, took the lead after the first stop, extending over Jani, while Gimmi Bruni, with the Porsche # 91, lost third place at the hands of a great Daniel Serra, who prepared very well to overtake the Lazio driver, bringing back in Top3 the Ferrari # 52 of AF Corse.

Great battle in the LMGTE Am Class, where with a great comeback Francesco Castellacci took command of operations at the wheel of the AF Corse # 54 Ferrari, later given to Thomas Flohr.

The Swiss led well for some laps, but was overtaken and passed by the very fast Giorgio Sernagiotto, who replaced Roberto Lacorte on the 488 # 47 of Cetilar Racing.

Disaster for the AF Corse # 83 Ferari, championship leader: François Perrodo was catching up after a difficult start, but ran into a problem with the right front wheel that forced him to pit for long repairs.

Tomonobu Fujii had a good start in the Aston Martin Vantage # 777, but the D’Station Racing-TF Sport driver suffered a puncture after about 30 ‘slowing down and having to make an emergency stop, slipping back in the standings.

Christian Ried had taken the lead at the start, but the # 77 Porsche was badly hit by Ben Keating’s # 33 Aston Martin (TF Sport) and spun. The latter took a 10 “penalty to be served at the second stop for the error.

Veteran Dominique Bastien, on the other hand, was forced to return to the pits after 15 ‘due to a technical problem with his Porsche # 88 which, however, the Dempsey-Proton Racing technicians solved in a couple of laps, sending him back to the track.

The 8h of Portimão, second round of the FIA ​​WEC 2021, is visible on Motorsport.tv.