WEC: Cetilar also wants to shine in Monza with Ferrari 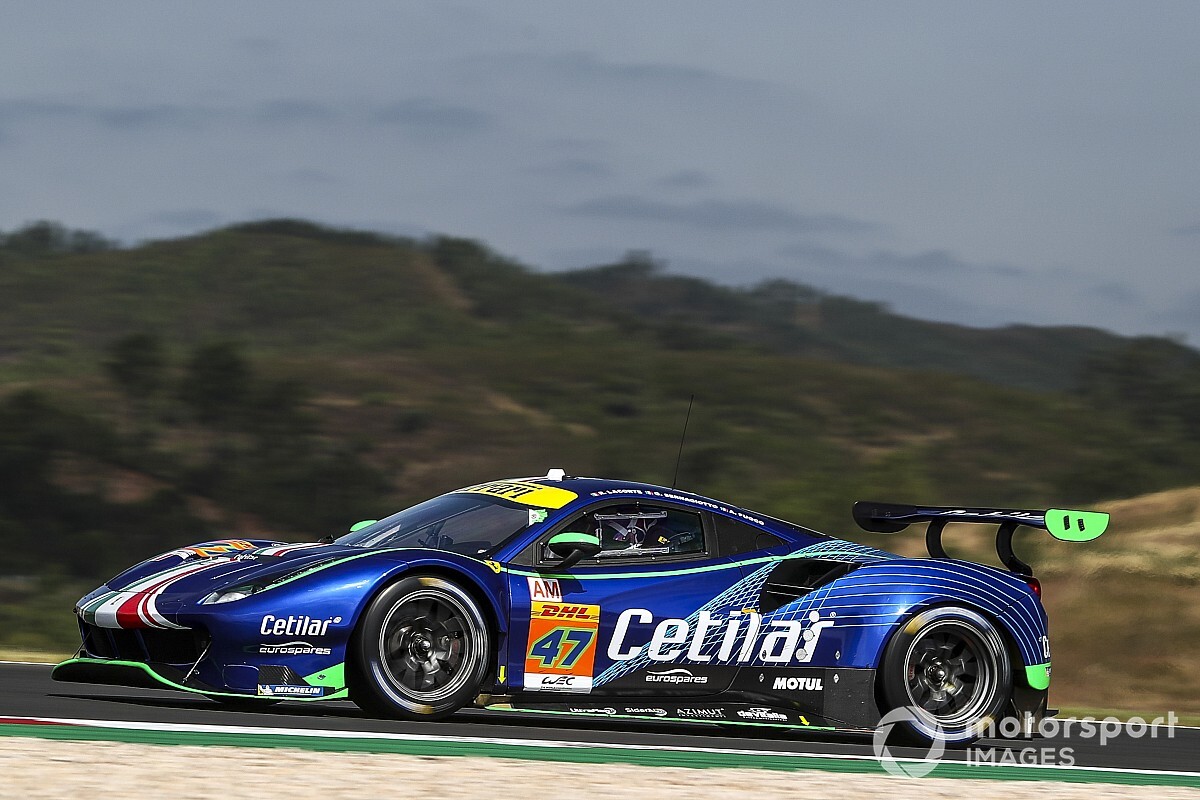 One month after the 8 Hours of Portimão in which the Cetilar Racing team brought the Ferrari 488 GTE number 47 to class success, hitting the first ever victory in the FIA ​​WEC World Endurance Championship, Roberto Lacorte, Giorgio Sernagiotto and Antonio Fuoco they are ready to face what is undoubtedly for them, together with the 24 Hours of Le Mans, the most important race of the whole season.

At Monza, on their home track, this weekend (16/18 July), the tricolor crew will arrive as the leader of the LMGTE Am. A very special 6 Hours for the “all made in Italy” team that is expected since ‘now, in an atmosphere that will be made even more magical by the presence of the public who will finally be able to cross the gates of the circuit.

The only Italian stage on the calendar, the Brianza race marks the so-called point of no return of the championship, being the third of the six total rounds, preceding the 24 Hours of Le Mans by 34 days, in which Cetilar Racing will take part this year for the fifth time in a row. A calendar recently renewed that of the FIA ​​WEC 2021, with the cancellation of the Fuji trip, initially scheduled for 26 September and replaced by a 6 Hours to be played at the end of October in Bahrain (scenario also of the final round).

Meanwhile, in Monza the last appearance of the Italian team dates back to 2019, in the European Le Mans Series. From past to present. What tells of a very positive start to the season for Lacorte, Sernagiotto and Fuoco, in their first year with the Ferrari 488 GTE managed by AF Corse.

The debut at Spa-Francorchamps, at the beginning of May, and immediately the third place in the class. Then last month’s trip to the Algarve circuit (where, among other things, Fuoco had never set foot there before), the third best time in class obtained in qualifying by Lacorte, an impeccable race seasoned with a perfect strategy and the overtaking of Sernagiotto, who around the sixth hour has definitely taken command of the race.

In the LMGTE Am classification, the Cetilar Racing crew arrives on their home track with 53 points, 18 more than the trio Giancarlo Fisichella, Francesco Castellacci and Thomas Flohr, naturally aiming to strengthen their leadership.

“For us this is a very important stage for several reasons – commented Lacorte – The first is that the Endurance World Championship returns to Italy and this is also a source of pride for a completely Italian team like ours. Then for the fact that after months of total closure to the public, for the first time there will be spectators with whom we are truly happy to have direct contact again “.

“We also present ourselves at Monza as a leader and therefore with important responsibilities and the desire to continue to do well. Finally, this is the race that precedes the 24 Hours of Le Mans and which is held on the circuit that is certainly the most suitable to prepare us for the great event. of the year”.

Gabigol: “At Inter I could have done different things, I understood that over time”