WEC: Alpine, Jota and Porsche in Pole Position in Portimao 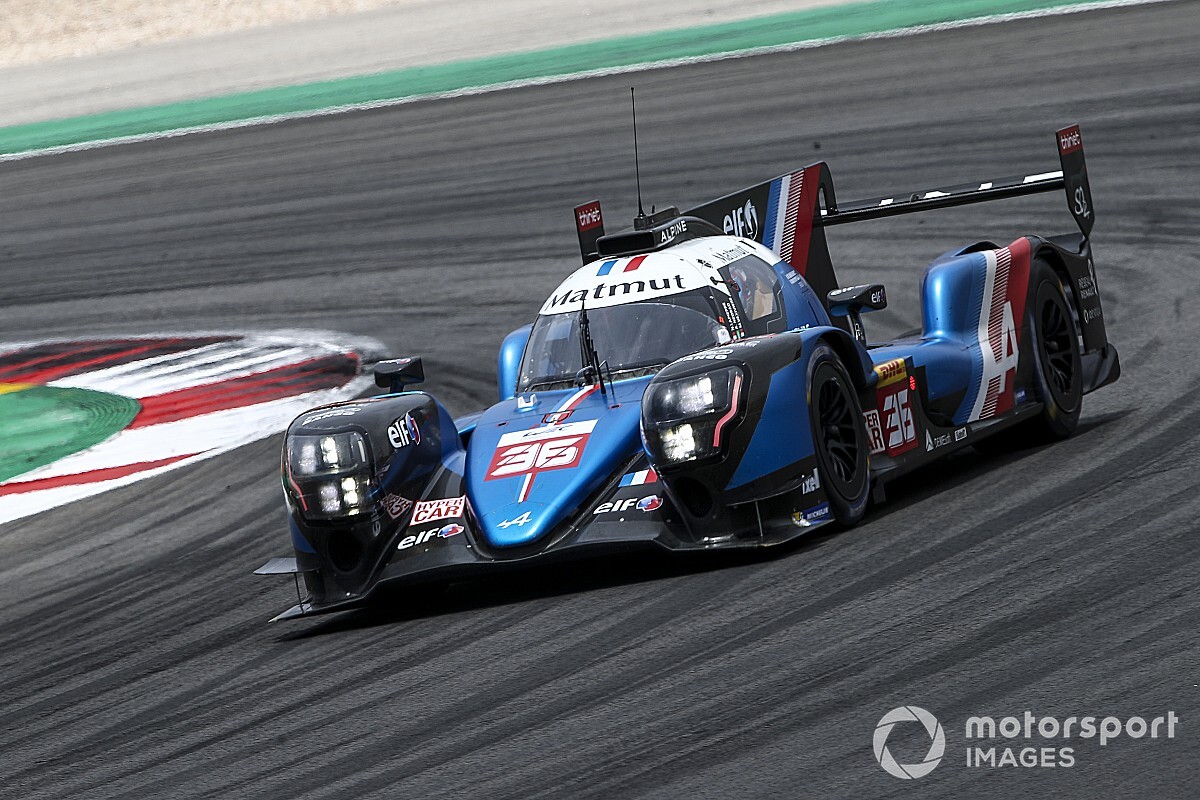 Alpine, Jote and Porsche have obtained the Pole Positions for the 8h of Portimão, the second round of the FIA ​​World Endurance Championship which will be staged tomorrow in Portugal.

On the 4,653km of the Algarve the Qualifying session gave emotions, also because many times were taken away for not respecting the infamous track-limits.

HYPERCAR – LMP2: Alpine and Jota on the Shields

Great bang placed by the Signatech Team, whose Alpine A480-Gibson LMP1 # 36 conquers the Pole Position of the Hypercar Class beating the two Toyotas.

In the Hypercar category, on the other hand, the new Glickenhaus 007 LMH # 709 suffers, which Richard Westbrook fails to place beyond 11th place overall, accusing a gap of 1 “8 from the top.

The Toyotas once again emerged when it mattered, after hiding for all free practice, but the LMP2s were quick nonetheless.

And here the guys from Jota Sport signed a great double, with Tom Blomqvist’s Oreca 07-Gibson # 28 beating the # 38 of his teammate António Félix Da Costa in 1’31 “210 for just a few cents. placed in the absolute Top5.

The heat of the LMGTE was very hard fought, entered first on the track and immediately protagonists of several time trials canceled for track-limits not respected. From this point of view, the one who risked paying the most is Daniel Serra, who with the AF Corse Ferrari 488 # 52 had seen himself relegated to the bottom of the standings before being rehabilitated 4th in LMGTE Pro.

After the mistake made at Spa, Egidio Perfetti redeems himself to the great in the LMGTE Am Class obtaining the Pole Position in 1’40 “191 with the Porsche of Team Project 1.

Very close to him is Christian Ried in the Porsche # 77 of Dempsey-Proton Racing, while third place goes to the excellent Roberto Lacorte, at the wheel of the Ferrari # 47 of Cetilar Racing-AF Corse.

Top5 also for the 488s of Thomas Flohr (# 54 AF Corse) and Manuela Gostner (# 85 Iron Lynx / Iron Dames), with the Swiss who risked big by going into a spin after the first lap, also causing a yellow flag that ruined the attempt of some rivals.

Takeshi Kimura also did well in the Ferari # 57 of Kessel-CarGuy Racing, sixth behind Paul Dalla Lana (# 98 NorthWest AMR), the best of the Aston Martin Vantage with Satoshi Hoshino’s # 777 behind (D’Station Racing-TF Sport ).

The classification is completed by the Porsche # 86 of GR Racing in the hands of Michael Wainwright, the Aston Martin # 33 of Ben Keating (TF Sport), the Ferrari # 60 of Claudio Schiavoni (Iron Lynx) and Dominique Bastien with the Porsche # 88 of Dempsey -Proton Racing.